SomTribune
Home World News/International Africa Snow Falls in the Sahara Desert for the Fifth Time in 40... 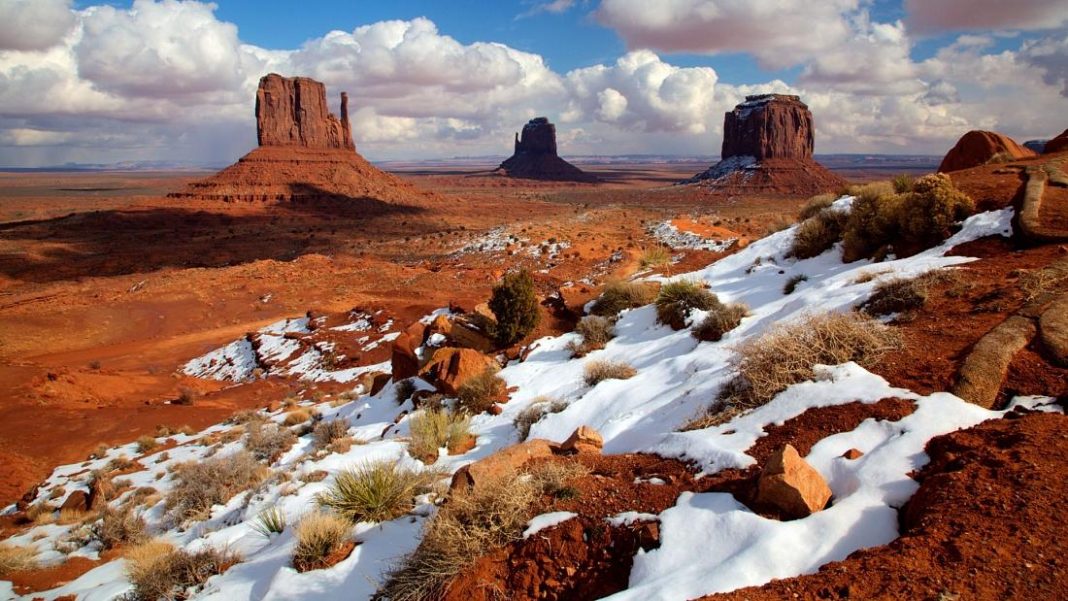 New images of the Sahara Desert blanketed in snow have appeared this week on social media.

We all know the Sahara as the world’s driest desert, with temperatures soaring up to 50 C. Along with Death Valley in California and certain cities near the equator like Dallol in Ethiopia and Wadi Halfa in Sudan, it’s one of the hottest places on earth.

So when recent photos showed the dunes covered in beautiful icy patterns, it might have left you wondering – how is this even possible?

Where are the photos taken and what do they show?

The images, captured earlier in January by photographer Karim Bouchetata, reveal snow and ice near the town of Ain Sefra in northwest Algeria.

Ain Sefra is in the Atlas Mountains, 1,000 metres above sea level and is referred to as “the gateway to the desert”. It’s located in the Naama province of Algeria, close to the Moroccan border.

When the photos were taken, temperatures had dropped to -2 C.

Is climate change causing it to snow in the Sahara?

Snow is very rare in the desert because there is not usually enough water in the air for it, even though it can get very cold at night.

The climate crisis is unpredictable and as it wreaks havoc across many African countries with temperatures climbing high, it can also bring severe cold events such as this.

One scientific study suggests extreme cold weather events could be attributed to Arctic warming, a study released in the Journal Science suggests. Although it was conducted in the US, it predicts that cold waves can become more likely all over the world as a result of global warming.

The study’s results “highlight another reason to rapidly reduce the greenhouse gas emissions that are driving global warming,” according to the World Economic Forum.

It adds, “and at the same time the need to develop better strategies for managing extreme weather events, both hot and cold.”

It’s important to note that human-driven climate change is causing the Sahara Desert to grow. It is currently about 10 per cent larger than it was nearly a century ago. ​​

Deserts are defined as places on Earth that receive less than 10 inches (25 centimetres) of rainfall per year, according to the US Geological Survey (USGS). So if the Sahara continues to increase in size, it makes drought in surrounding countries more likely.