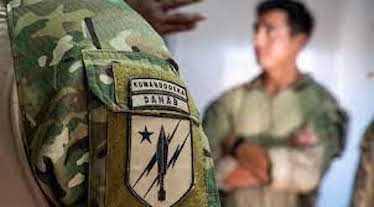 Following the withdrawal of almost all 800 US Army troops from Somalia in January 2021, Washington had to decelerate the training of the elite Somalian Danab battalion. However, from March it will be working hard to reactivate the cooperation. Private security provider Spathe Systems has already positioned itself to try to win the contract to deploy trainers and interpreters to support the US Special Forces Command (USSOCOM) that oversees Danab.

This 1,400-strong light infantry unit, equipped and financed in part by the United States, is at the heart of the Somali National Army‘s (SNA) fight against the armed group Al Shabaab. Initially trained by the operator Bancroft Global Development, the Danab battalion subsequently received support from Barbaricum, among others (AI, 18/03/21).

From its office in Tampa, Florida, Spathe is focused on winning federal contracts with the Pentagon: the contractor is already working with USSOCOM on a number of projects in the US and has a well-connected management team made up of managing director Aaron Herbst and president Mark Clifton. Clifton is a former Special Forces operative and previously served as Director of the USSOCOM Operations Control Center.