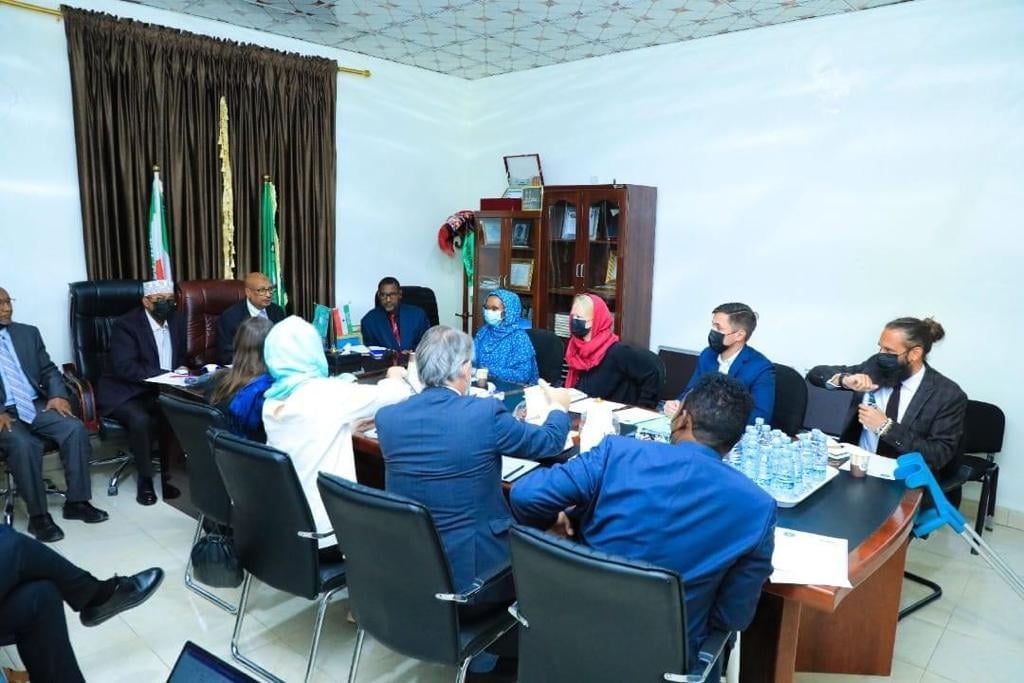 A delegation of international partners comprising the European Union, Denmark, Finland, Germany, Norway, Sweden, United Kingdom who visited the Republic of Somaliland from the 24th to the 27th of January, urged all stakeholders to come up with e clear elections roadmap in line with the country’s constitution and laws.

The partners voiced a desire to see youth, women and minority groups accommodated in the process.

“We encourage Somaliland’s political leaders to clarify the way forward for the upcoming elections, due this year, through an inclusive dialogue process, by agreeing on a joint electoral roadmap in line with Somaliland’s laws and Constitution and ensuring that the electoral processes reflect Somaliland’s internal diversity in terms of inclusion of women, youth and minorities”, a statement delegate members released Monday said.

The partners particularly urged the National Electoral Commission to start voter registration processes and activities as soon as possible and without delay.

“ It is important that the preparations, led by the National Electoral Commission, on voter registration start now so that they can be completed prior to upcoming election dates,” the partners underlined.

The visiting delegation promised continued partners’ support in the country;s democratisation process as long as the road was to the elections was cleared and discerned gaps filled.

“As long-term partners in Somaliland’s democratisation process we are looking forward to continuing our support and engagement during these next important milestones,” the partners reiterated.

Somaliland expects to see political associations registered, elected and screened, and a  presidential election closely followed by a selection/election of members of the country’s upper House of parliament within the next twelve months.

A clearly sequenced timeline does not seem to be visible to all the stakeholders. The government, especially, and politically appear to each favour a timeline more conducive to its interests.

During its stay, delegation members met with the government, the parliament, the Constitutional Court, the Electoral Commission, political parties leaders, politicians aspiring to open political associations and a number of other resource persons to find out how the varying stakeholders in elections slated for 2022 and early 2023 wanted to see the process completed.

Principals promised to give serious thought to a consensus on contentious areas before issues deteriorated to a caustic wrangle wasting precious time for an onlooking but hopeful electorate. 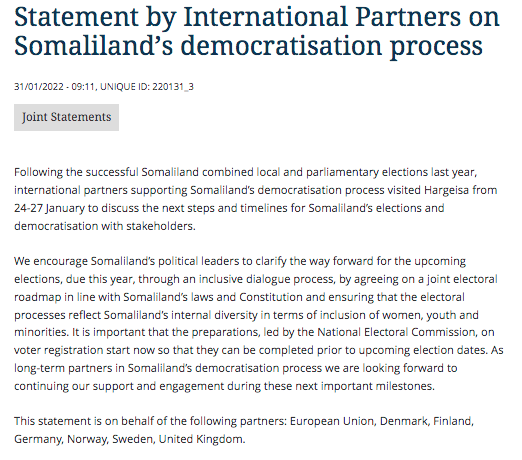