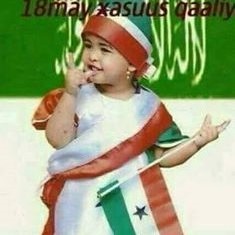 Taiwan will host a high-level delegation from Somalia’s breakaway Somaliland region this week, the government said on Monday, as the island pursues diplomacy in Africa in the face of Chinese pressure to limit its international footprint.

Somaliland broke away from Somalia in 1991 but has not gained widespread international recognition for its independence. The region has been mostly peaceful while Somalia has grappled with three decades of civil war.

Taiwan and Somaliland set up representative offices in each other’s capitals in 2020.

Both China, which claims Taiwan as its own, and Somalia have expressed their opposition to Taiwan and Somaliland’s forging of ties.

Somaliland “shares the universal values ​​of freedom and democracy with Taiwan, and follows the rule of law and attaches importance to human rights”, it said.

Taiwan has been all but driven out of Africa diplomatically by China in recent years, with only tiny eSwatini now maintaining full relations with the island.

China has ramped up pressure on countries not to engage with Taiwan as it seeks to assert its sovereignty claims.

Taiwan has been keen to show it is a selfless development partner for Somaliland and last month donated 150,000 doses of its domestically developed Medigen COVID-19 vaccine.

Situated on the Horn of Africa, Somaliland borders Djibouti, where China maintains its first ever overseas military base.