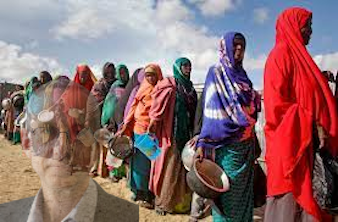 Nick Dyer, UK’s Special Envoy for Famine Prevention and Humanitarian Affairs, said the proffered assistance was to combat the worst effects of a raging drough in Somalia which had already caused more than a quarter million of its population leaving homes to seek assistance elsewhere in the country as IDPs.

Nicky Ford, the UK Minister for Africa, pledged an initial £10 million to Somalia in January this year towards the drought mitigation efforts the Somalia government announced.