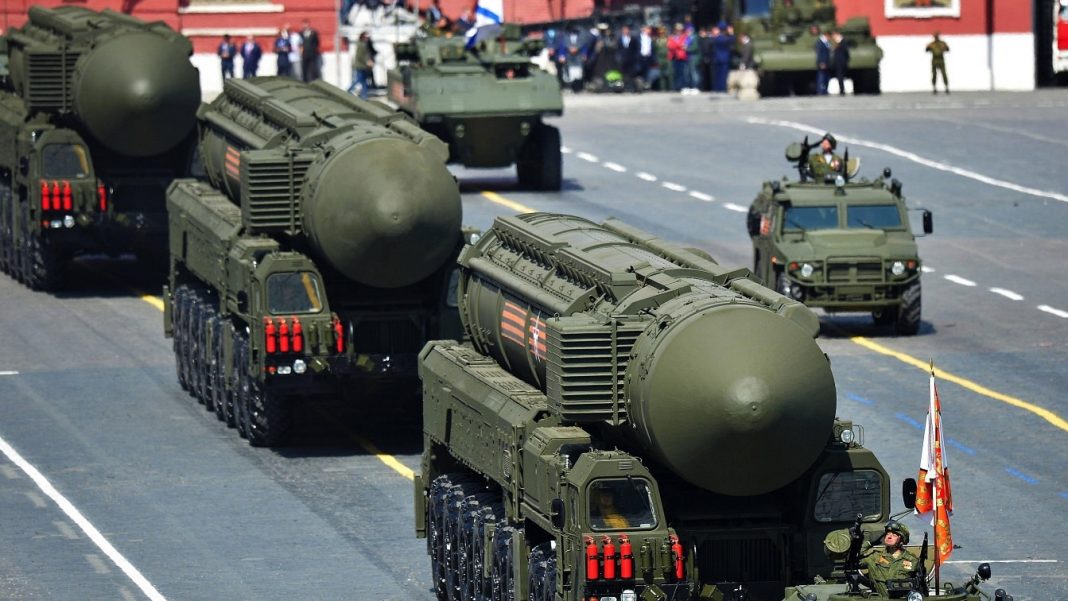 Why has Russia’s President Vladimir Putin become so aggressive in his attitude to the US, NATO and Ukraine? In this article, I begin by examining the disintegration of the former Soviet Union and how it is still seen in the Kremlin as a great humiliation. Then I turn to the enlargement of NATO, and how Putin claims to see Ukraine and Russia as ‘one people’ and why he is risking war. I conclude by sketching out how Putin sees opportunities in a friendship with China that ‘has no limits’ and in which China opposes ‘further enlargement of NATO’ and supports Russia’s proposals to create long-term, legally binding security guarantees in Europe.

I need to stress at the outset that by trying to understand Moscow’s hostile stance and the way it is currently threatening to use military force against Ukraine, I do not endorse Moscow’s belligerent attitude or the dictatorial role that Putin is playing in what is now a potentially very dangerous situation for peace in Europe and, indeed, globally.

If we are to attempt to understand why Russia is behaving in this potentially very dangerous manner, we need to begin by recalling what happened to the Soviet superpower as it collapsed in 1991 and how that calamity continues to affect current strategic thinking in Moscow. Putin recalls the Soviet collapse as a time when gross injustice was done to the Russian people: ‘It was only when Crimea ended up as part of a different country that Russia realised that it had not been simply robbed, but plundered.’ The UK ambassador to Moscow from 1988 to 1992, Rodric Braithwaite, observes that the disintegration of the USSR at the end of 1991 was a moment of triumph for the West, but for the Russians it brought national humiliation, domestic chaos, great poverty, and even famine.

Former CIA director and US defence secretary Robert Gates recently stated that almost everything Putin does at home and abroad these days is rooted in the collapse of the Soviet Union in 1991, which for him marked the collapse of the four-century-old Russian Empire and Russia’s position as a great power. Gates remarks that Putin’s current actions ‘however deplorable, are understandable’. Since becoming president in 1999, Putin has been focused on returning Russia to its historical role as a major power and its historical policy of creating a buffer of subservient states on its periphery—the so-called near abroad.

Readers who wish to consult the definitive account of the USSR’s collapse are strongly advised to read the just published authoritative book called Collapse: the fall of the Soviet Union by Vladislav Zubok, a professor of international history at the London School of Economics. Braithwaite describes it as a deeply informed account of how the Soviet Union fell apart and how we have once again come to the brink of a major armed stand-off between Russia and the West.

Zubok concludes that the speed and ease with which the Soviet central structures collapsed baffled even the most experienced Western observers. He believes Mikhail Gorbachev’s leadership, character and beliefs constituted a major factor in the Soviet Union’s self-destruction. His fumbling policies of reform generated total chaos that legitimised runaway separatism in the Baltics and, ultimately, in the core Slavic territories of Russia, Ukraine and Belarus.

In the summer of 1991, the expectation of a new Marshall Plan among the Soviet elites became almost universal. But many in Washington wanted to break up the Soviet Union for security reasons. Treasury secretary Nicholas Brady advised President George H.W. Bush that America’s strategic priority was to see the Soviets become ‘a third-rate power, which is what we want’. During the 1990s, Zubok claims that 70–80% of Russians lived in poverty with the old Soviet social safety net gone and with rampant crime and mafia-like rule in most towns and regions.

Regarding the prospect of the incorporation of a democratising Russia into a larger Europe and NATO, the view was that the post-Soviet geopolitical space was too huge and unpredictable for integration within the Western orbit. The enlargement of NATO took place quickly, because the newly independent Baltic countries and Poland wanted to be free of the Russian military menace. Boris Yeltsin wanted Russia to join NATO, but the new US administration under Bill Clinton chose to offer Russia only ‘a partnership’ with the alliance because the general view in Washington was that Russia was simply too big to fully belong to NATO.

Yeltsin warned that NATO’s enlargement could lead to a new division in Europe. The US secretary of state, James Baker, reassured Gorbachev that NATO would ‘not shift one inch eastward from its present position’ once it had safely taken in a reunited Germany. Those words were never recorded in any mutually agreed formula.

Neither was the issue of Crimea raised when the leaders of what became the new countries called the Russian Federation, Ukraine and Belarus, met in secret in the Viskuli hunting lodge near Minsk on 7 December 1991. It was there that they agreed to the dissolution of the Union of Soviet Socialist Republics. According to Zubok’s book, before Yeltsin’s departure from Moscow his adviser, Galina Starovoitova, suggested he offer the Ukrainian leadership an option of negotiated changes to the borders of Ukraine after a moratorium of three to five years. She was concerned about Crimea.

This option would have helped to placate Russian public opinion and leave open the possibility of settling the territorial issue according to international law. Yeltsin, however, didn’t raise this issue in the Viskuli negotiations. The subsequent attitude of his state secretary, Gennady Burbulis, was that all this could be resolved by skilful diplomacy. And the rest, as they say, is history.

Turning now to the NATO issue, Braithwaite’s view is that, under relentless US pressure, NATO’s borders have advanced until they are ‘within spitting distance of Russia and Ukraine’. That is how it’s seen in Moscow, but it is ridiculous in my opinion to suggest that current NATO members Estonia, Latvia, Lithuania and Poland present any realistic military threat to such a powerful country as today’s Russia.

Putin, of course, takes an entirely different point of view. He believes that the Americans conspired to break up his country and encourage the creation of a separate country called Ukraine. We are now in a situation where the animosity between Moscow and Washington over NATO’s future and the existence of an independent Ukraine has become central to the future of peace in Europe. As Gates observes, Putin’s embrace of the strategy of securing Russia’s near abroad is seen in his actions in Belarus, Moldova, Transnistria, Georgia, the 2020 Armenia–Azerbaijan conflict, Kazakhstan and now—most dramatically—Ukraine.

Putin regards Ukraine as a critical security risk for Moscow—a dagger pointed at the Slavic heart of Russia. Gates believes that Putin has overplayed his hand on Ukraine because he finds himself in a situation where Russian success is defined as either a change of government in Kyiv—with the successor regime bending the knee to Moscow—or Russian conquest of the country. Resolving this serious threat peacefully is going to be an immense challenge to the resolve and unity of the Western alliance. Already, Germany is looking like a key weak link because of its dependence on Russia for half of its natural gas supplies.

Putin is proclaiming that Ukraine’s membership of NATO is a ‘redline’ issue for Moscow and that he wants written guarantees from the US that Ukraine NATO membership will never be allowed. In July 2021, he allegedly wrote a 7,000-word article titled ‘On the historical unity of Russians and Ukrainians’. In it, he asserts that Russians and Ukrainians are one people—‘a single whole’. He argues that ‘modern Ukraine is entirely the product of the Soviet era. We know and remember well that it was shaped—for a significant part—on the lands of historical Russia.’ He goes on to claim that the US and EU countries systematically pushed Ukraine into ‘a dangerous geopolitical game aimed at turning Ukraine into a barrier between Europe and Russia, a springboard against Russia’.

Putin asserts that what he terms ‘the formation of an ethnically pure Ukrainian state, aggressive towards Russia’ is ‘comparable in its consequence to the use of weapons of mass destruction against us’. He ominously concludes: ‘And we will never allow our historical territories and people close to us living there to be used against Russia. And to those who will undertake such an attempt, I would like to say this way they will destroy their own country.’ So, in effect, there is Putin’s declaration of war if the US and NATO do not for ever ban Ukraine from NATO membership.

But there is a further potentially dangerous international complication. As I have argued in ASPI publications over the past two years or more, Russia and China are increasingly looking like a de facto alliance. Last week, Putin visited China and met with President Xi Jinping. In a joint statement, the two leaders agreed that friendship between their countries ‘has no limits; there are no ‘forbidden’ areas of cooperation. 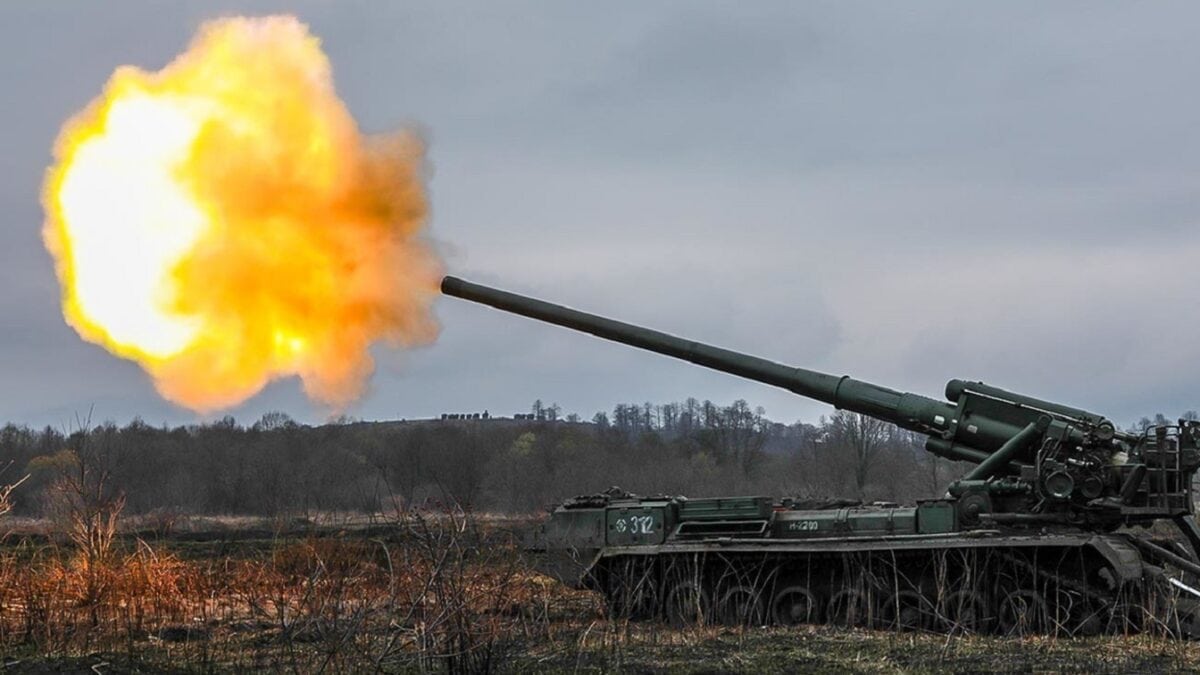 The two sides specifically agreed to ‘oppose further enlargement of NATO’, and the Chinese side proclaimed that it ‘supports the proposals put forward by the Russian Federation to create long-term legally binding security guarantees in Europe’. This is China’s most explicit support to date of Moscow’s confrontation with the West over NATO membership.

The joint statement of this meeting between the leaders of the world’s two major authoritarian powers includes ‘serious concern’ about AUKUS and ‘strongly condemns’ the ‘decision to initiate cooperation in the field of nuclear-powered submarines’. The statement marks an increasingly serious joint confrontation with the West. What we are witnessing now is Beijing’s encouragement of Moscow’s hostility against the US over NATO membership.

Xi will now be closely scrutinising how Washington reacts to Moscow’s military threats against Ukraine and the implications for Beijing’s military intimidation of Taiwan.

Paul Dibb is emeritus professor of strategic studies at the Australian National University. He was a deputy secretary of the Department of Defence, director of the Defence Intelligence Organisation and head of the National Assessments Staff. He is the author of The Soviet Union: the incomplete superpower, first published in 1986. This first appeared in ASPI’s the Strategist.