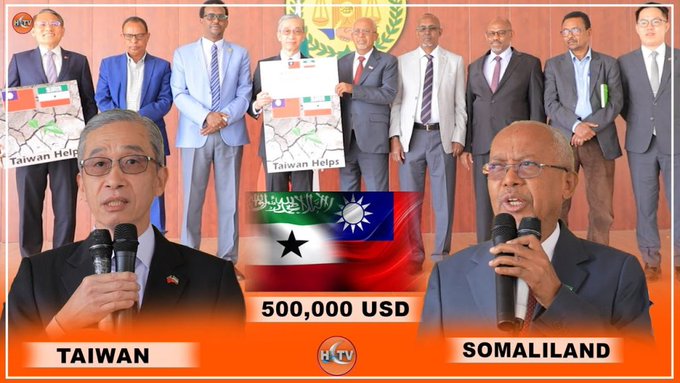 The Republic of China, better known as Taiwan, has come out as a strong friend to the Republic of Somaliland in times lesser ‘friends’ make themselves scarce or adroitly sidestep real issues.

Taiwan Representative in Somaliland, Ambassador Allen C. Lou, today handed over half a million US Dollars to the National Drought Committee Chairman, His Excellency the Vice President, Abdirahman Abdullahi Ismail, and other members of the committee.

Ambassador Alen Lou stated that, additionally, his government was in the final process of shipping 300 tons of rice to Somaliland to mitigate the daunting challenges drought has placed not only over affected families but to the country’s economy in general.

It was only a few days earlier that Taiwan delivered biometric voter registration equipment to the National Electoral Commission. 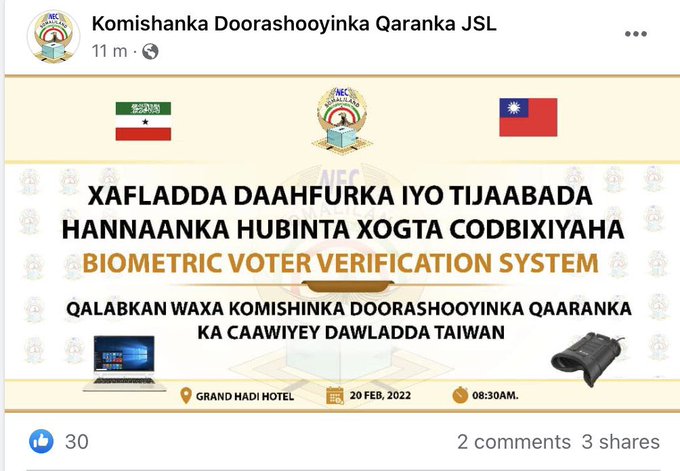 The equipment, according to both sides, will greatly enhance the integrity of the voting process, weeding out irregularities that included double voting or registration in multiple localities.

“We are delighted that Taiwan supports the coming Somaliland elections by proving the Biometric Voter Verification System (IBVVS). Taiwan and Somaliland share the common values of democracy and freedom,” the Taiwan representative office in Hargeisa stated at the handover.

Taiwan came out strongly in support of health, education, and agricultural projects, among others, proving that its relationship with the Republic of Somaliland and its people was indeed the one that quickly translated needs on the ground to tangible milestones.

Taiwan rolled out another 150 000 doses of its EMC vaccines to Somaliland – the last of several similar packages Taiwan delivered to combat COVID-19.

A High-profile delegation led by the Honorable Minister for Foreign Affairs and International Cooperation, Dr. Essa Kayd, including the Minister for Finance, Dr. Saad Ali Shire, and the Minister for Livestock Husbandry and Fisheries, Saeed Sulub Mohamed, recently concluded a high-profile, five-day visit in Taiwan.

During the visit, the delegation did not only discuss matters of national import with the PAC government but it, also, touched base with very important private institutions and corporations in view to promoting multi-facial investments in fecund Somaliland. 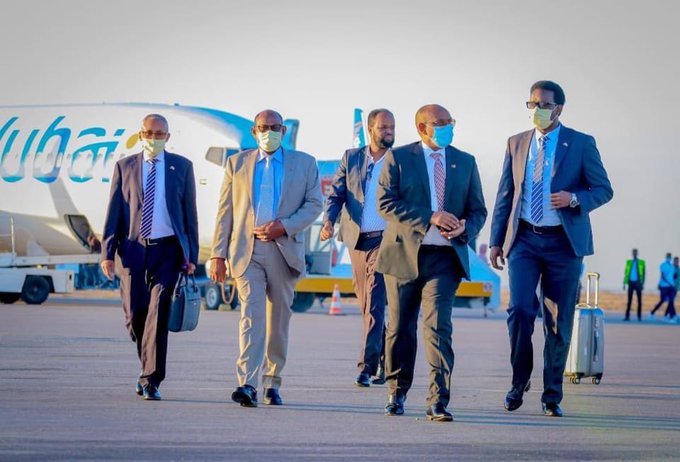