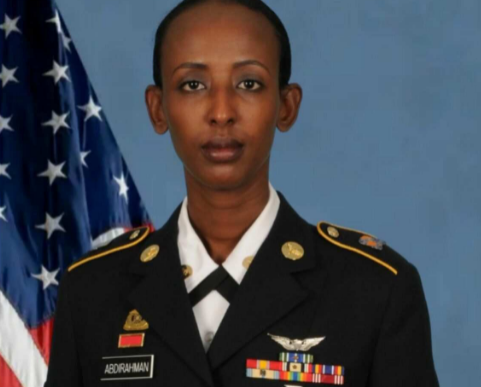 A U.S. Army veteran and Somali refugee vowed on Wednesday to unseat Rep. Ilhan Omar (D-MN) during the midterm election this fall “one vote at a time.”

“Ilhan Omar will NOT be re-elected to Congress this year,” tweeted congressional candidate Shukri Abdirahman. “I’m a 10 year U.S. Army Combat Veteran, and I will be replacing her.”

In response to another Twitter user doubting her ability to beat Omar, Abdirahman said she is “in the community daily” and will win “one vote at a time.”

In an interview with Fox News last month, Abdirahman said she believes in a well-funded police force, securing American borders, and preserving the American dream that she found after escaping an authoritarian regime in Somalia.

“I gave my life to this country for 10 and a half years, I put my life on the line for the ideals of America, the America that I got used to, the America that I was proud to put my life on the line [for] and I came here legally as a refugee,” Abdirahman said, adding that she spent years in the “slums of Kenya” while being vetted to emigrate to the United States legally.

“Now you have open borders that we don’t know who’s crossing, no one is getting vetted,” she said. “We don’t know how dangerous those people are to our livelihoods.”

“I don’t believe that vetting is racist. I don’t believe securing our borders are racist. People need to come the right way and our nation needs to be kept safe,” she continued. “All our politicians, government leaders have a responsibility to protect our sovereign nation and our people.”

Last week, Abdirahman posted a political advertisement on Twitter, highlighting her difficult early years in Somalia and how her life has led her to run for Congress.

“Ilhan Omar was given a second chance when America took her in — but chose to ridicule the very country that saved her life. When I was welcomed as a legal American citizen,” Abdirahman tweeted. “I responded by joining the U.S. Army. Now I’m taking a stand to give hope to the people of Minneapolis.”