SomTribune
Home World News/International Conflict/Crime War in Ukraine Maybe a Cause for a Deadly, Drug-Resistant Disease 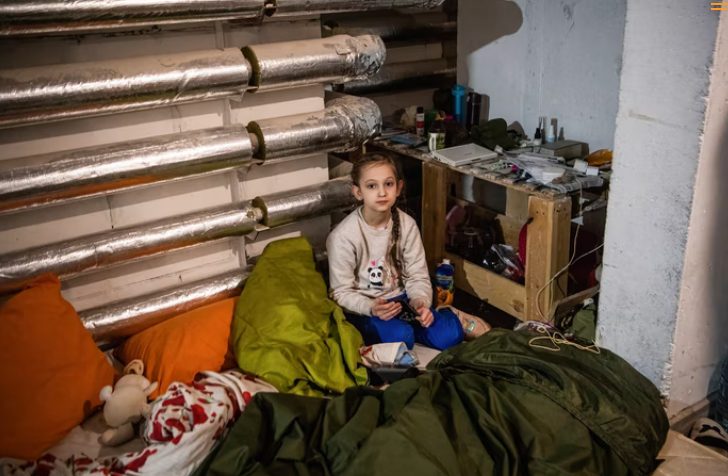 This year was always going to be an uphill battle as global health systems recover from the pandemic.

IN RECENT YEARS, conflicts in Ethiopia, Syria, Afghanistan, and Yemen have caused huge suffering. They have devastated the health and wellbeing of local populations and led to countless unnecessary deaths. Russia’s invasion of Ukraine is showing the world, yet again, the abhorrent consequences of war.

As well as the direct casualties of these conflicts, yet more people will suffer illness and death due to disrupted health systems and lack of access to clean water, food, medicines, or simply warmth and shelter. In these desperate conditions, control of infectious diseases breaks down. One such infectious disease is tuberculosis (TB).

TB is an infectious disease spread through coughing. It has killed more people than any other single infectious agent in history, including SARS-CoV-2. TB is curable, but people need support to get through the many months of treatment required.

MDR-TB is a major global public health challenge and a leading cause of death from antimicrobial resistance. It requires a more extensive range of drugs, sometimes for up to 24 months. This, coupled with myriad side effects, makes MDR-TB harder to cure.

The effect of TB and MDR-TB is not only physical but socioeconomic. Being ill with MDR-TB, seeking care, and being hospitalized is associated with out-of-pocket costs and lost income that can be catastrophic.

Previous decades have seen an epidemic of MDR-TB in Russia and former Soviet countries, including Ukraine. Drug resistance thrives on fractured health systems and sporadic medicine supply. Such conditions plagued these states following the breakdown of the Soviet Union, and are exacerbated by war.

But illnesses do not exist in isolation. Untreated HIV is a significant risk factor for TB and this region has experienced rapidly increasing numbers of people living with HIV. Despite reducing TB incidence in recent years, Ukraine still has one of the highest burdens of TB in Europe. Also, it is of great concern that nearly a third of the people affected have drug-resistant TB, with high and increasing rates of MDR-TB and XDR-TB.

The invasion of Ukraine is an impending disaster for TB control across the entire region and potentially beyond. War anywhere lays the foundations for outbreaks and epidemics of infectious diseases from cholera in Yemen, to polio in Syria, and measles in Afghanistan. Indeed, both world wars caused a profound increase in TB deaths.

Wars lead to conditions that are the perfect breeding ground for TB, including food insecurity and overcrowding in poorly-ventilated spaces. This is the dire situation currently facing many people in bomb shelters across Ukraine. Wars ravage healthcare infrastructure, decimate immunization programs, and limit access to quality care. This means unwell people often have late diagnoses, resulting in worse complications and a greater chance of onward transmission.

Over three million people have fled Ukraine following Russia’s recent invasion. This follows extensive recent migrations from Syria, Afghanistan, and Ethiopia, all of which have high MDR-TB prevalence. Such displacement is going to challenge public health responses.

These challenges come on the backdrop of the Covid pandemic, during which TB notification rates plummeted. This was not because TB suddenly went away. It was due to disruptions in access to TB diagnosis and treatment.

Estimating the pandemic’s true impact on TB infections, disease, and death is complex. However, the World Health Organization has suggested that the pandemic has set back efforts to end TB by more than a decade.

Failure to control TB and MDR-TB will cause untold harm to communities, particularly those made vulnerable by their living conditions. To avoid this, the war in Ukraine and other conflicts must end.

In the meantime, we must provide support to people living in or displaced by conflict. This includes ensuring access to free, quality, person-centered care. Care encompasses TB prevention, rapid diagnostics, resistance testing, and treatment across borders and throughout a person’s migratory journey. But care should be more than just clinical. People with TB and MDR-TB, especially people fleeing conflict, can benefit from social, economic, and psychological support.

This year was always going to be an uphill battle as global health systems recover from the pandemic. The war in Ukraine will only make eliminating TB harder. Investment is key because for every dollar we spend on TB prevention and care, we get 43 back.

If we have learned anything from Covid, it’s that bugs don’t respect borders. Global communities are interconnected like never before.

Ending TB is a fight we all need to invest in.

This article was originally published on The Conversation by Tom Wingfield at the University of Liverpool and Jessica Porter at the Queen Mary University of London. Read the original article here.