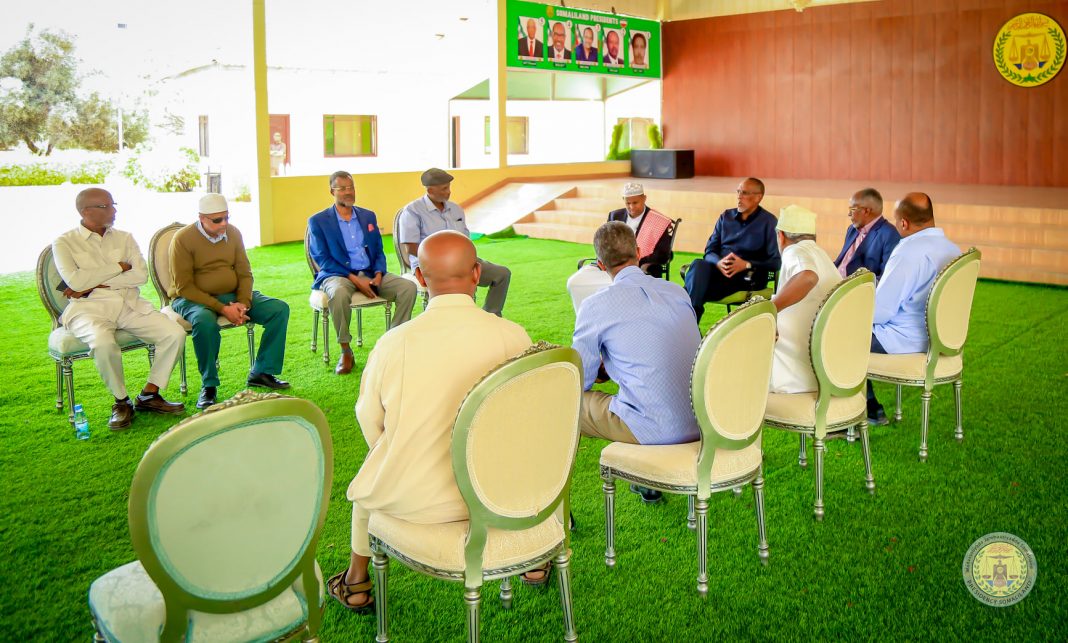 His Excellency the President of the Republic of Somaliland, Musa Bihi Abdi, Saturday, held close consultations with leading business tycoons and the Chamber of Commerce leaders at the Presidency on how best a timely hand can be given to those drastically affected by Hargeisa’s Waaheen fire last evening.

A brief statement of the meeting that the communications of the Presidency posted on its Facebook page did not reveal any decisions reached.

Drawing on history and on similar – or nearly similar – national challenges such as this, business tycoons came out generously topping government contributions and – more often than not – surpassing quotas set.

President Bihi laid US$1 million at the disposal of a national committee headed by the Minister for Religious Affairs and Endowments, Sheikh Abdirizak Albani, to start operations immediately. This amount was above and beyond contributions expected of the government since no assessment of the damages or impact of the fire is not yet made.