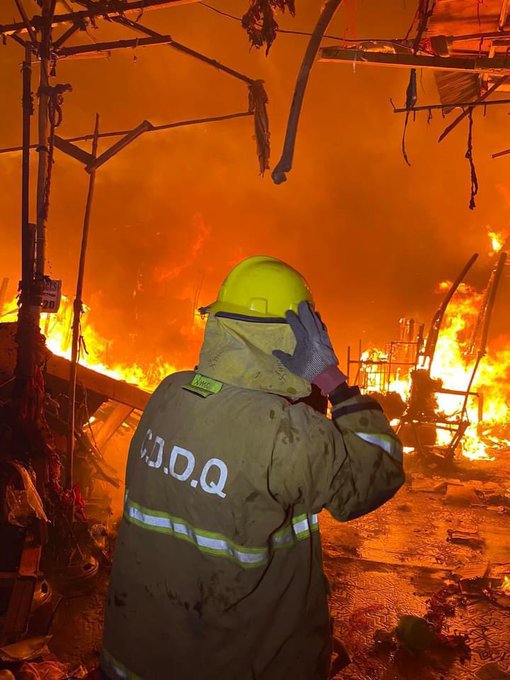 Kenya has expressed solidarity with Somaliland after a fire at Waheen market on Friday which is considered Hargeisa’s lifeblood.

The Ministry of foreign Affairs affirmed in a statement that Kenya shares common heritage and strong bonds of friendship with Somaliland, a de facto state in the Horn of Africa, led by President Muse Bihi Abdi.

“It is with deep regret that we have learnt of the tragic accident that occurred in Waheen market in Hargeisa on the night of 1st April 2022. The Government and the people of Kenya stand in solidarity with the people of Somaliland and extend sympathies to the victims and families of the injured,” MFA stated on Sunday.

The MFA said that they believe in the resilience of the people of Hargeisa and believe in their strong will to overcome the tragedy and emerge stronger and better.

“We wish you well as you look forward to reconstruct and restore the lifeline of the people of Hargeisa,” the MFA said.

The African Union High Representative for Infrastructure Development, Raila Odinga, also sent goodwill to President Muse’s government and called on the regional and global communities to work together to help rebuild the city.

“The scenes coming out of Hargeisa’s open market inferno that is the mainstay of their economy are gut-wrenching. My prayers go out to the people of Somaliland,” Odinga said.

The cause of the blaze that tore through the market is yet be known. More than 20 people were injured following the inferno according to President Bihi.

Somaliland officials estimate close to 2 billion dollars’ worth of assets were destroyed in the fire.