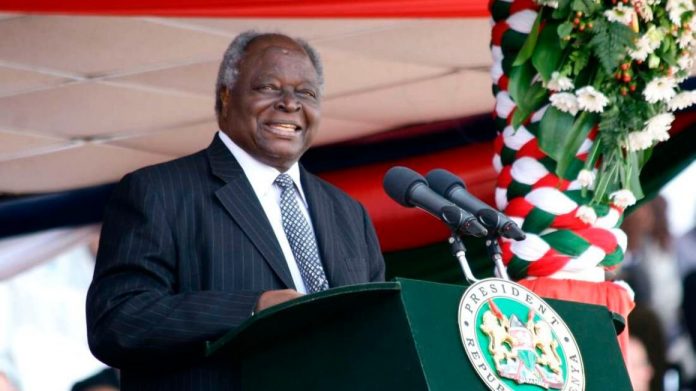 We honour his legacy and mourn with his family, friends and the people of Kenya – the Somaliland mission in Kenya

At a press conference on Friday, Kenyan President Uhuru Kenyatta announced that the former Head of State had died and said that Kenya will observe a period of national mourning until Kibaki is buried.

Condolence messages streamed in from leaders in Kenya and beyond, with most of them praising Kibaki for his leadership of the country.

He was keen on looking at the financial aspects of government both as a finance minister and president, he added.

“Even as President, Mwai Kibaki never stopped being finance minister. His eyes were always on the National Treasury and his mind permanently on revenue and expenditure. Figures had to add up and projects had to be initiated only when he was convinced he would be able finance them,” Mr Odinga said.

Mr Odinga served as Prime Minister in the Kibaki regime from 2008 to 2013.

On his official Twitter page, Ugandan President Yoweri Museveni said he received “sad news” of Kibaki’s passing and on behalf of Ugandans, he was sending condolences for the loss of “a Great Statesman”.

He praised Kibaki for the role he played in Kenya’s socio-economic transformation, peace, development and security.

“Mzee Mwai Kibaki was a transformational leader and a true Pan-Africanist,” Museveni said.

“Africa has lost one of its finest sons and a dedicated public servant. My condolences to H.E. President Uhuru Kenyatta, the bereaved family and all,” she said.

Burundi’s Head of State Evariste Ndayishimiye said, “It is with deep sorrow and sadness that I learnt of the passing of H.E. Mwai Kibaki, former President of Kenya. My deepest condolences to his family, to my brother Uhuru Kenyatta and to all the people of Kenya. May his soul rest in eternal peace.”

Somaliland President Muse Bihi also sent his message of condolence to Kenya, saying he is “deeply saddened” by Kibaki’s death. “The people of Somaliland join Kenyans in mourning Kibaki,” he added.

The Somaliland Representative Office in Kenya also sent a condolence message to Kenyans and Kibaki’s family.

“We honour his legacy and mourn with his family, friends and the people of Kenya,” the Somaliland mission in Kenya said.