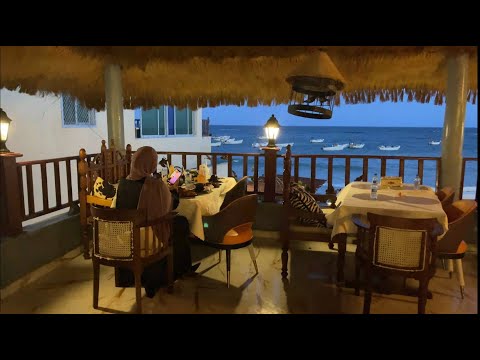 Ambulances confirm at least 8 people were killed by an al-Shabaab suicide bomber at the Pescatore Hotel along Mogadishu’s Lido beach Friday evening.

Al-Shabaab owned up responsibility. It said a martyr drove a car laden with explosives drove into the compound accomplishing his mission.

The Group said it targeted  a number of high-profile MPs and officials loyal to the government that were holding a private, fast-breaking working meeting with the Somalia Police Commissioner Lieutenant-General Abdi Hassan Mohamed Hijar.

At least 10 MPs all from the Sool and Buuhoodle areas of Somaliland working for the federal government in defiance of the Republic of Somaliland jurisdiction over those regions were present there at the time.

Officially, the government downplayed the incident stating only three people lost their lives at the explosion failing to explain, too, why an exchange of fire could be heard long after the explosion subsided.

Al-Shabaab, on the other hand, claims that the private secretary of Commissioner Hijar was among the dead.

The Group added that the Commissioner of the Police Rapid Response forces, General Siyad, and the Abdel Aziz Police Station Commande, Colonel Liban Shidane were among the injured.

According to privately-owned rapid response health transport systems, the number of people wounded could not be assessed conclusively as injuries sustained varied considerably as some of the wounded had been swiftly removed to health facilities before the ambulances arrived by privately-owned vehicles and friends.

The hotel lies in between the Beach View and Ocean View Hotels. Lido beach, where the heavily guarded Turkish Embassy is located, is lined with tourist hotels some of which covertly served liquor and ran courtesan-like services, according to media sources, which grant al-Shabaab ample justification to pay frequent visits.