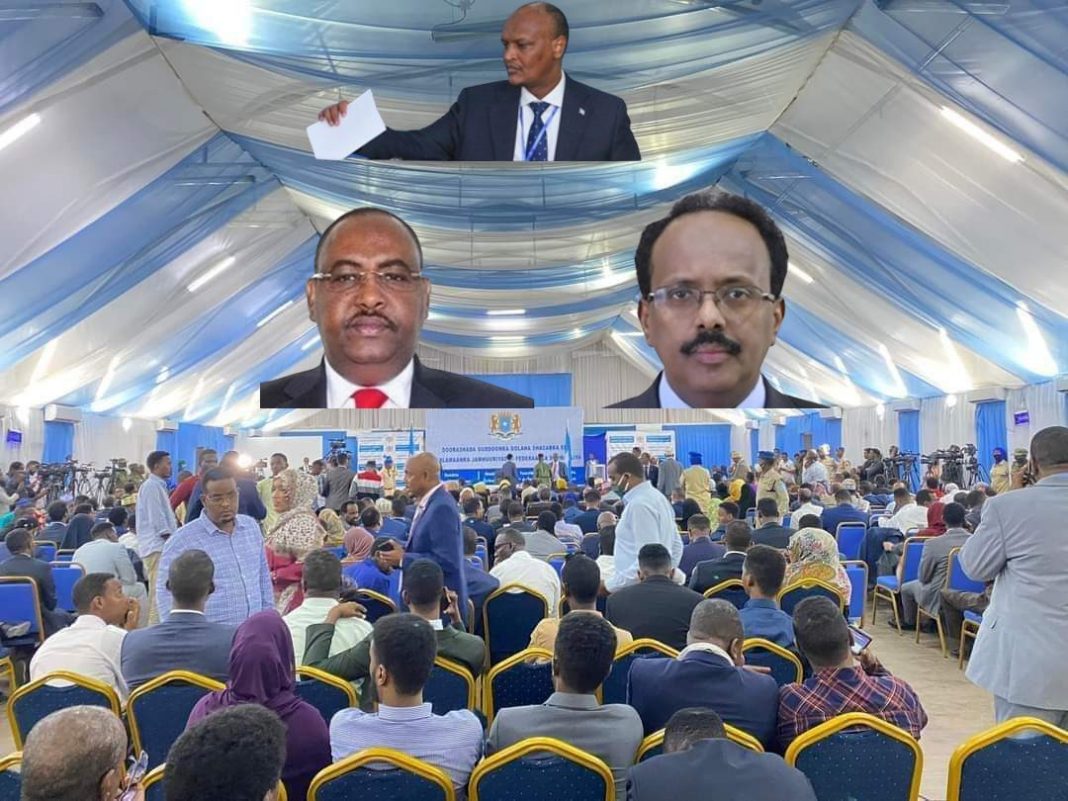 In the first round of an election to decide the next President of Somalia held at a heavily guarded hangar at the old police airport of Avizione, Mogadishu, Saeed Abdullahi Deni, hitherto the unresigned ‘president’ of the Puntland federal state of Somalia.

Saeed Deni, surprisingly, surpassed all expectations besting Farmaajo, Khayrre, Sheikh Sharif Ahmed and Hassan Sheikh Mohamoud – all of whom had at one time or another held the helm of the beleaguered, strife-torn Eastern Africa country.

Thirty-nine candidates have been cleared for the ‘election’. Three have since then withdrawn from the race, leaving actively running candidates 36.

What is happening at the Avizione, ATMIS-guarded tent is not, in fact, an election but an auction for MP votes on sale.

Reliable sources have indicated that just only for the first round, presidential hopefuls have been buying MPs since last evening with many of the MPs taking from everyone offering cash.

Farmaajo, reports stated, dished out US$21 million securing the unreliable pledge of 165 MPs with each getting more than 120,000 US Dollars. Deni came second parting with US$16mln reaching out to 200 MPs who promised him support in the final rounds. Khayrre is said have bid goodbye to US$10mln, Hassan Sheikh Mohamoud 4.4mln, with Abdirahman Abdishakur and Sheikh Sharif each dishing out US$5.6mln. 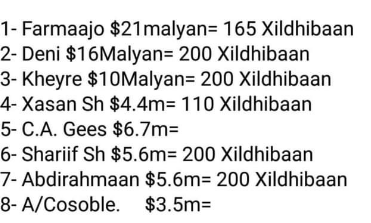 Although it is still early, Hassan Sheikh, Farmaajo or Khayrre will last to the last round. Or it can all be overturned.

Whereas Somalia is still grappling with the basic requirements of democratic voting behind barricaded doors, Somaliland – an erstwhile partner in a botched-up merger with Somalia, held 8 1person-1vote polling ballot exercises which decided who was to lead the nation since 2003. Long before that the kind of elections that put the first two presidents to power since 1991 were more sophisticated than the over-inflated, impossibly expensive pantomimes being currently enacted at the Avizione airtrip.