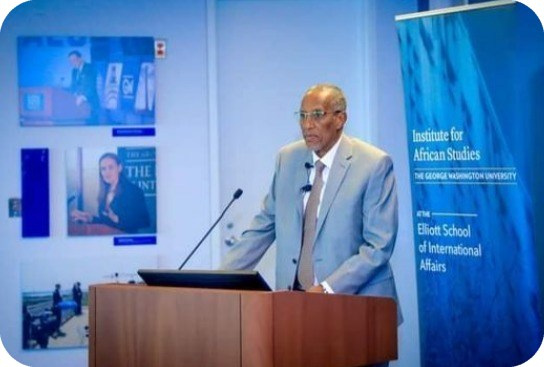 Remarks by HE Muse Bihi Abdi, President of Somaliland at the opening of the The Brenthurst Foundation African Security Dialogue in Hargeisa, Somaliland

Good morning. I would like to extend my sincere gratitude and appreciation to Dr Greg Mills and the Brenthurst Foundation for organizing this important Africa Security Dialogue conference in Hargeisa, Somaliland. The choice of the venue is a clear indication of the prevailing peace and stability in Somaliland and the confidence you all have in Somaliland.

Thank you all and I am looking forward to a very productive and valuable outcome from the workshop. 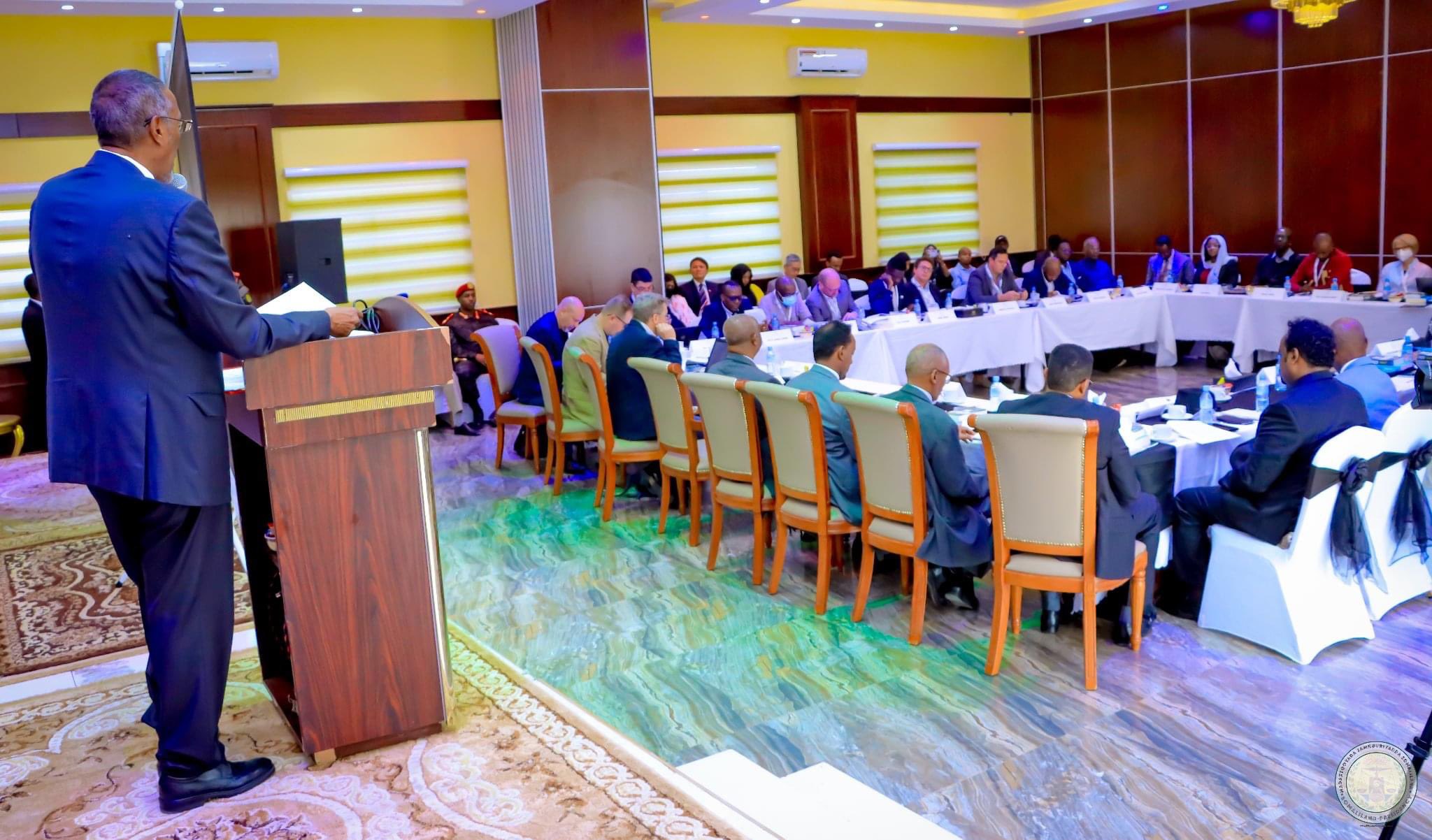 Our Journey to Statehood

Somaliland’s journey to statehood was an arduous process. However, the determination of our people to establish their own state was so overpowering and transcended all obstacles. Upon the liberation of our country from the tyranny of Siyad Barre regime, we inherited a war-ravaged country in which tens of thousands of our people had been killed, many thousands injured, and the main cities, Hargeisa and Burao, almost entirely destroyed. To fully grasp the horrors visited upon the cities of Somaliland, all you need to do is look today at Mariupol and other major cities of Ukraine.

Despite the infrastructure been destroyed and Somaliland’s territory extensively mined, millions of internally and externally displaced people were starting to return home and they needed support.

SNM prioritized reconciliation and peace building and therefore tasked the traditional elders with the responsibility to heal the rift among the Somaliland communities who were on the opposite side of the struggle against Siyad Barre regime. This strategy was pursued with vigor and established the foundation upon which the peace and stability of Somaliland stands on today.

In the early days, the SNM held a series of localized peace conferences, that paved the way for a national meeting in Berbera in February 1991, which in turn set the scene for a larger national conference to be held in Burao in April/May 1991. These series of localized meeting were instrumental in trust building, reconciliation and cemented peace among the people of Somaliland.

It is often accepted that Somaliland has succeeded in terms of reconciliation and state-building largely due to the sustained focus on resolving issues at a community-level before attempting to tackle issues such as national government.

Communities were to allowed to resolve immediate disputes and agree terms of future discussion before moving on to tackle issues of ongoing governance and national reconciliation.

Somaliland’s reconciliation and peace building process was largely homegrown, locally financed and organized as a result of initiatives taken by a diverse range of actors with broad support.

At the Burao Grand Conference, all the Somaliland clans participated on a voluntary basis and funding came primarily from the Somaliland communities and diaspora with women playing a substantial role in fundraising.

The most consequential decision reached by the Burao conference was the restoration of Somaliland independence. The other important resolutions made by the conference included the mandate given to the SNM to form a government to run the country for two years with its Chairman, Abdirahman Ahmed Ali, as the President and its Vice Chairman, Hassan Issa Jama, as the Vice President. The central committee of the SNM became the national parliament with 10 reserve seats allocated to Awdal and Sool regions.

The democratic culture of SNM even before the liberation of the country played an important role in its acceptance to run the country only for two years. During its time as a liberation front SNM had elected five Chairmen with each one succeeding his predecessor in a peaceful transfer of power. It had its Executive Committee which acted as a government and a central committee acting as parliament.

It had a singular chain of command even though its armies were located in various parts of the country and were support logistically and financially by different communities.

Immediately upon becoming the government, the SNM Government found itself in a dire financial situation. The communities that provided support to SNM during the struggle now needed support from the government. There was constant tension as the Government was unable to provide the basics services.

Subsequently, when divisions within the SNM flared into conflict as happened in 1991 and 1994, the system of customary leadership kicked in and enabled the elders to apply traditional conflict resolution procedures.

The actual process of state building in Somaliland started with the Borama conference. The Boroma Conference was very different from the Burao conference. Unlike the Burao Conference which was primarily concerned with reconciliation, peace building and determining the future of Somaliland, the purpose of the Boroma conference was to establish the system of governance that would be employed in the future. The Boroma conference lasted more than 5 months which allowed the stakeholders to debate a wide range of topics of national concern and to address the concerns of the stakeholders.

The Boroma conference achieved a great deal including making the transition from military government to a civilian one. The conference showcased the Somaliland negotiation model, which tends to work on the basis that consensus is the best foundation for decision making.

The major achievements of the Boroma Conference included:

– The Somaliland Communities Security and Peace Charter. – The National Charter: A system of Government. After studying

and debating different systems of government the conference

finally agreed on an executive president and a bicameral parliament of equal members: 75 each.

of a President and a Vice President.

– The formation of a government with Mohamed Ibrahim Egal as

– The institutionalization of the Guurti as a national political body

with a role in initiating peace-building.

– The disarmament and demobilization of the SNM fighters and

The Boroma conference marked an enormous step forward in the establishment of a system of government that has persisted.

I have actively participated in the Somaliland peace building and state building processes initially as a top SNM officer, a concerned citizen and later as the Minister of Interior in the Egal Administration.

The system of Somaliland governance has since evolved from a clan-based system to one of multi-party democracy. a new Constitution was approved by referendum on 31 May 2001 by 97.1% of voters, Somaliland has had five presidents since 1991, each one of them elected on a peaceful basis. 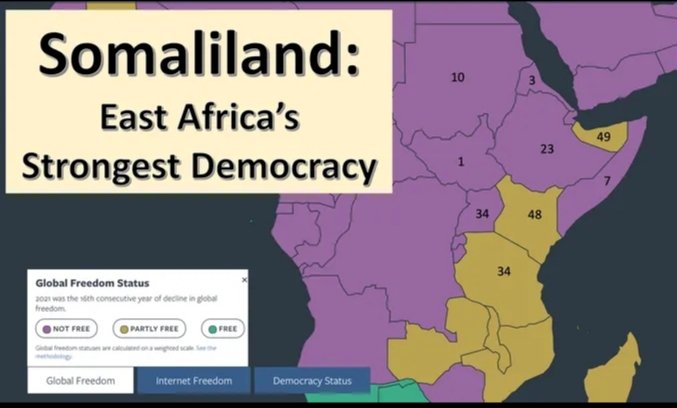 The last three were elected in a transparent, peaceful one person one vote democratic elections.

In addition to a peaceful process of presidential elections, successful elections have also been held for local governments (December 2002, November, 2012 and May, 2021 and the lower house of Parliament (September 2005 and May 2021).

Peace and functioning state institution has opened up the space for economic development and growth. As a nation of entrepreneurs, the private sector quickly flourished.

Today the private sector contributes almost 90% of our GDP. It is the intention of the government to nurture and facilitate the growth of our private sector which is the main engine of our economic growth.

I would to highlight the following as the major lessons we learned from journey to statehood:

a. Peace is the foundation upon which state building and economic development/growth are anchored.

b. Home grown peace and national reconciliation at the grassroot level is more sustainable than internationally driven imposed peace.

c. The SNM policy of non-recrimination against the non-SNM communities enabled meaningful dialogue between adversaries, in which communities that had supported the Siyad Barre regime were able to play a genuine part in negotiating the terms of peace.

d. That an act of kindness even to your enemies is better than revenge. In a gesture of goodwill and human decency, SNM not only allowed thousands of refugees and regime’s military forces to leave the country peacefully but provided them with provisions.

e. That the nation is bigger than the individual or group of individuals. That is why SNM agreed to voluntarily hand over power to an elected civilian government

f. SNM was the only national liberation front that voluntarily handed over power to civilian administration. Thus, earning the confidence of those that did not support it during the liberation struggle.

g. A resilient and determined people can overcome enormous challenges. After thirty-one years of independence, Somaliland with limited international support and enormous needs, is thriving and capable of managing its own affairs.

i. Targeted and right amount of international aid is far better than an overwhelming and unaccountable aid which only breeds corruption and is a source of conflict.

Somaliland Ministry of Foreign Affairs and International Cooperation Statement on the Conference: 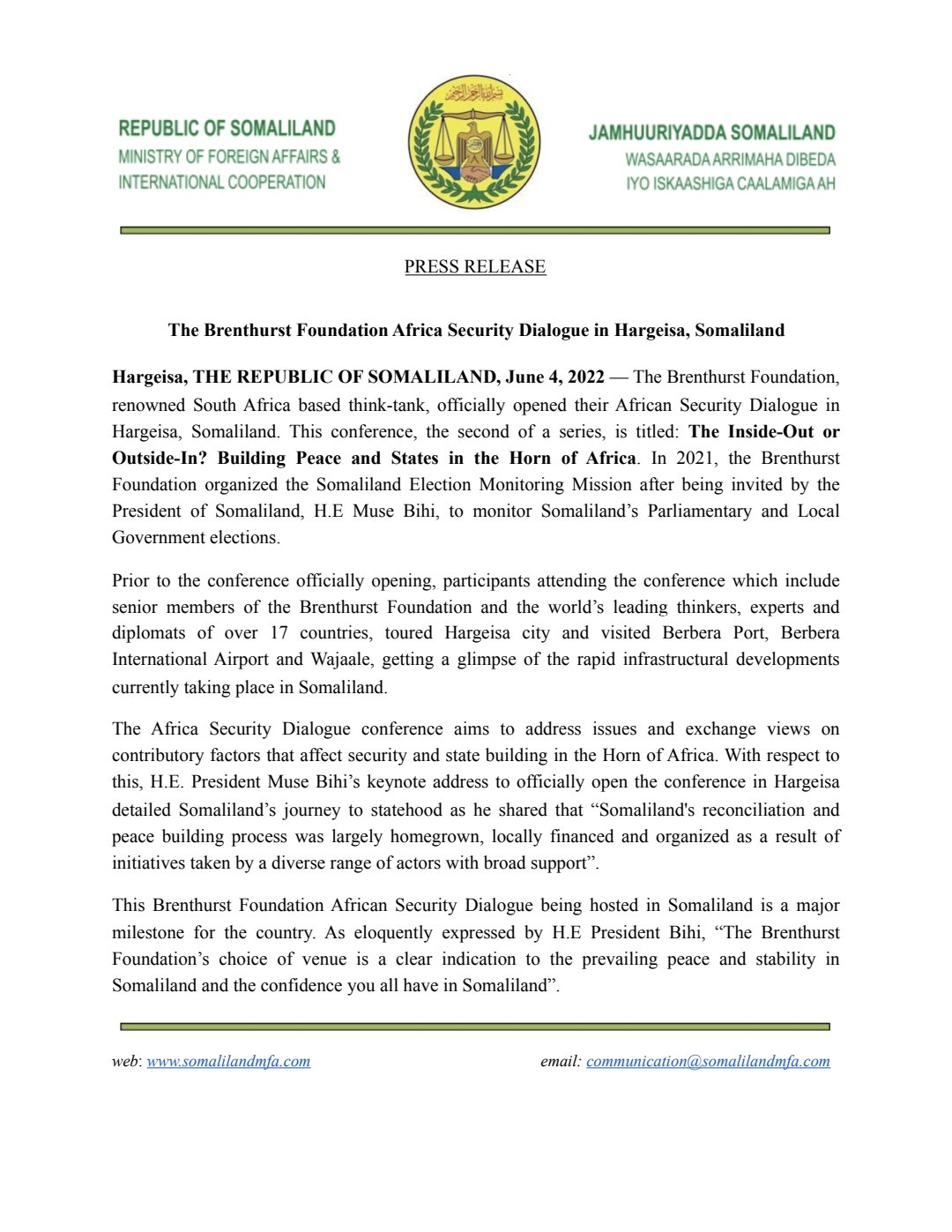 President of the Republic of Somaliland Musa Bihi this morning walking from his home to Assod hotel,venue of Benthurst Foundation -sponsored regional conference on building peace & states in the Horn of Africa with 30 delegates from 17 countries attending. pic.twitter.com/tqiT6RTDBn 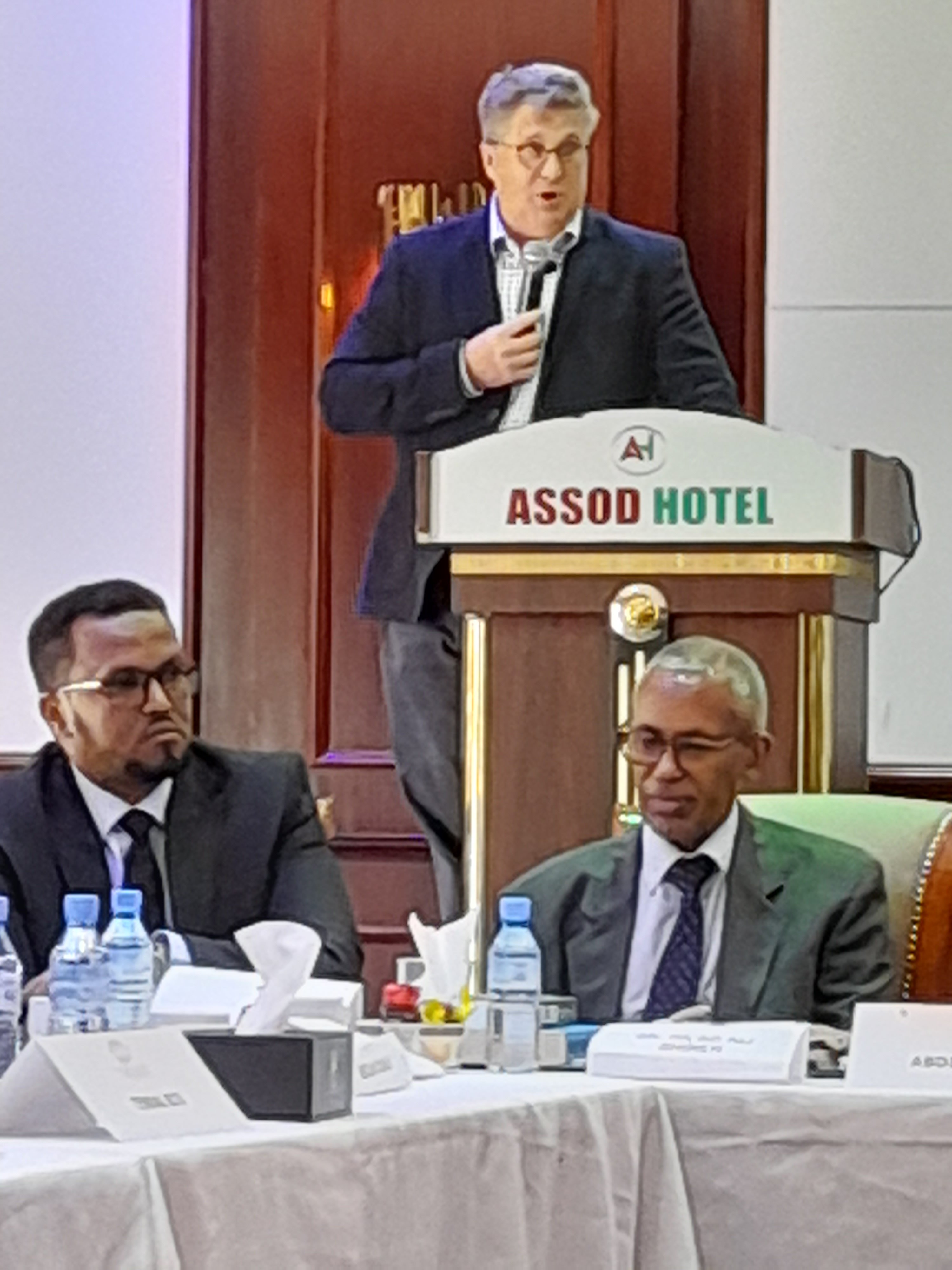 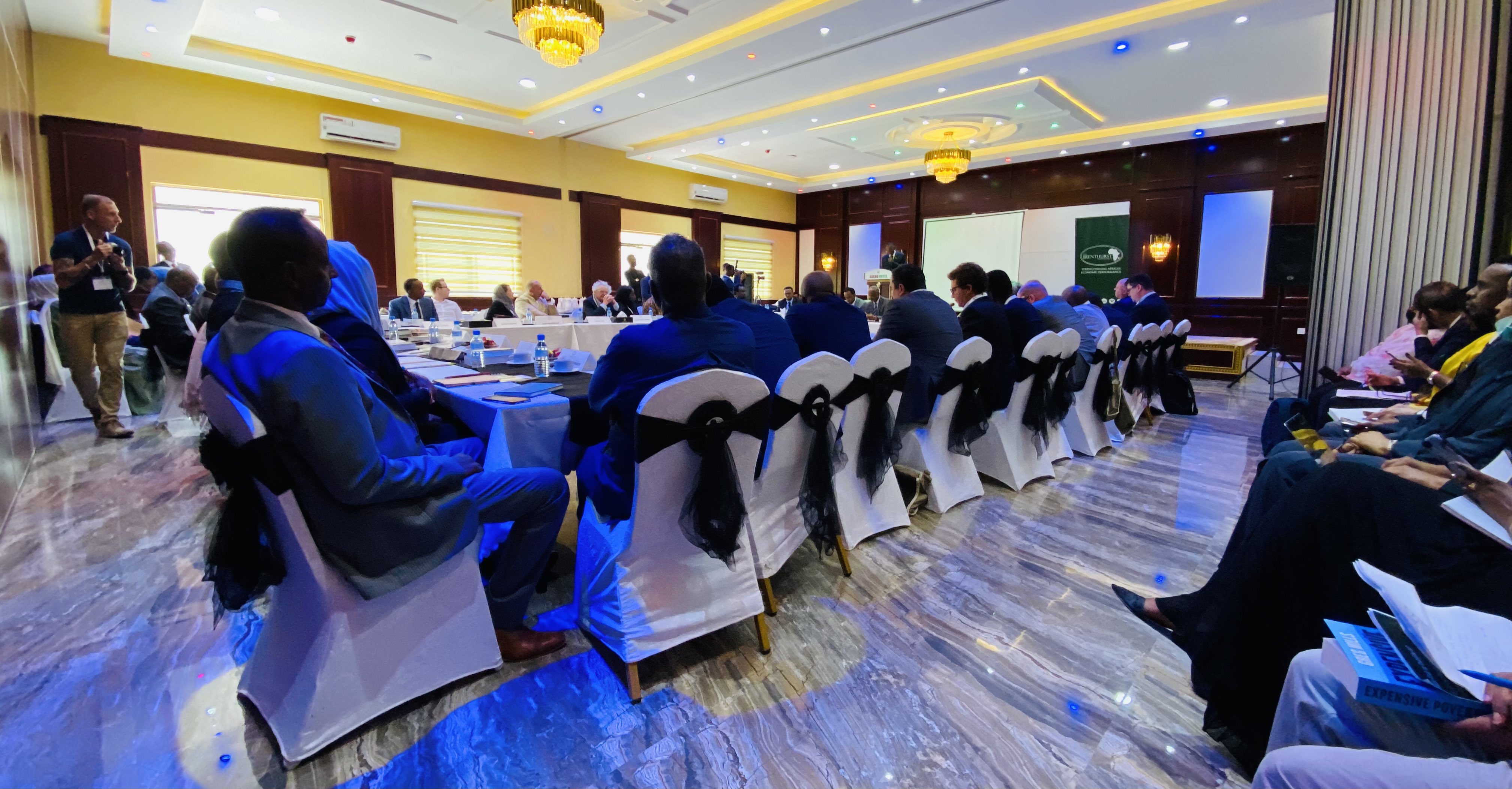