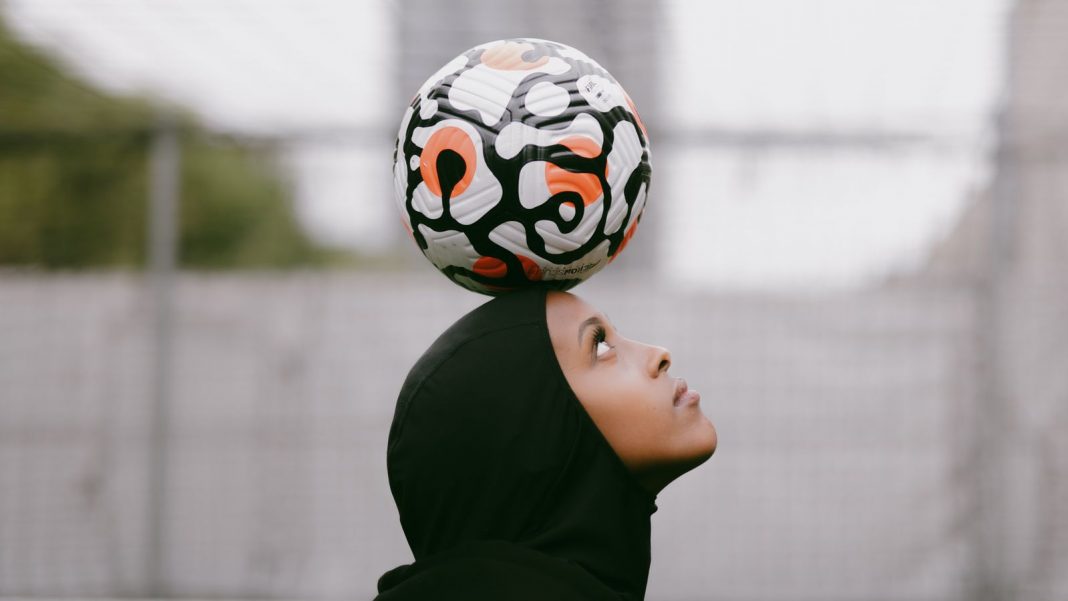 Iqra Ismail is a hijab-wearing Muslim who is overcoming prejudice to inspire women to play football. In an exclusive interview with Sky Sports, she shares her story, reveals her horror at France’s decision to ban the hijab and her hope for the future

“It is always difficult trying to prove that you have the right to be in a particular space,” Iqra Ismail tells Sky Sports. “But I got to the point where I stopped asking for the space at the table. I just created my own table instead.”

Ismail is an inspiration. Born and raised in Britain, she has since captained the Somalia national team and in 2019 became the youngest person to top the Football Black List. She is a coach, a hijab-wearing Muslim doing much to change perceptions – and lives.

Representing Somalia was a highlight. “It was a great experience to put the top on. Nothing beats playing for your country and especially wearing the armband.” But, as a Chelsea fan, working on a campaign with Didier Drogba earlier this year did come close.

“He is genuinely one of the players who motivated me growing up. They say don’t meet your role models but he is an amazing person.”

Now, Ismail is lending her time and her voice to another initiative.

This summer, BOXPARK launched its #WomxnWhoPlay campaign to champion women in sport, collaborating with a dozen trailblazers in the industry.

Ismail is one of them, hoping to help address the alarming statistic that over a million girls in the United Kingdom lose interest in sport as teenagers and 68 per cent of them say that a fear of feeling judged is what has prevented them from taking part.

“It always starts with the same thing. ‘I have not played football since I was 16 or since I left school’. It is always around that age when you stop doing compulsory PE at school and the love of it falls away because they do not really have an avenue to go into it directly.

“They do not find those safe spaces where they want to play football or whatever sport it may be. Through creating those spaces and championing women in those spaces, those are the things that are going to get these women to believe they can participate again.”

Ismail is not just a woman, not just a Black woman, but a hijab-wearing Muslim Black woman. What she describes as the “intersectionality” of her particular circumstance has led to greater challenges than most – from ignorance to overt racism.

“There are a lot of spaces that you should be welcomed into that you are not. With me, there were a lot of issues. Some were more direct than others.

“I think you know intrinsically that things are wrong, that certain conversations are not right. But only looking back on it as an adult can you understand why they were wrong.

“For example, having a coach who was unsure over what sort of kit we should wear. It came from a good place but it was also a testament to the fact that there are not a lot of Muslim women in football, not enough for him to have known what to do in that situation.

“There were referees who would say that I could not play with my hijab on for health and safety reasons. Other teams calling me names, all the things under the sun you could think of. But I am stubborn. Not many things would stop me doing what I wanted to do.”

Ismail should not have to be that way to achieve what she has but her determination is a trait that she speaks of with pride. “I am just really hard-headed. That is probably what helped get me through it in the end.” Where does it come from? “My mum,” she adds.

“She is my biggest role model. Definitely. She was a very resilient woman. She makes the best out of a bad situation at all times. We are tied very much to our faith.”

Believing that football was a realistic possibility for someone like Ismail required plenty of that when she started playing at the age of eight. As the saying goes, if you see it, you can be it. Ismail saw nobody.

“If you googled Muslim women who play football there would not have been many things come up 15 years ago. Now there is a lot more inclusivity within the sport. I look at people like JJ Roble (the Somali-born British football referee) who look like me.

“It is kind of bitter-sweet because I wish I had that as a young person.”

The next generation have that – thanks to people like Ismail.

Does anyone ever tell her that she is inspiring them? She laughs. “I have had that actually. It does not get any less sweet. It brings me to tears because I can see myself in them. Hopefully, there are players for them to look up to as role models now.

“Women can want to be the next Iqra Ismail.

“It is a bit of a weight but it is definitely also a blessing. I know it is a huge responsibility.”

While progress is being made, Ismail cannot ignore the setbacks.

Racism remains the scourge of society and there are major concerns.

“I think it is important to take off your rose-tinted glasses sometimes and look at the reality. I do think we have come very far from a sporting aspect in terms of developing the women’s game but in terms of the intersectionality, what about me as a Black Muslim woman?

“We have moved forward but there are things that have set us back. The most notable being the French banning of the hijab. I cannot believe something like that is happening in 2022 in a country that considers itself to be developed. Everyone should be free to have equal access to sport.

“Something has to be done to combat that because this is no way for us to continue to live. How can you ask a young Muslim woman to continue her interest in football when she is turning on the news and seeing that a whole country would not allow her to do it?

“These are trying times. That is the best way for me to put it.”

But there is hope.

Ismail has ambitions to play for Somalia again, that opportunity having been halted by the pandemic. Her director of football role at Hilltop Women’s FC also remains a priority.

“Knowing that I am giving others space to play means the world to me. More than scoring any goal or pinging a pass 60 yards.”

Beyond that, she is open-minded.

“The way me and my friends describe it we are running on vibes. What I learned during the pandemic is that setting goals can be taxing. The main thing is to keep moving forward.”

For herself and for others, Iqra Ismail is making that happen.