SomTribune
Home Nature/Environment/Resources What is a Solar Flare and Why are We Seeing More Sun... 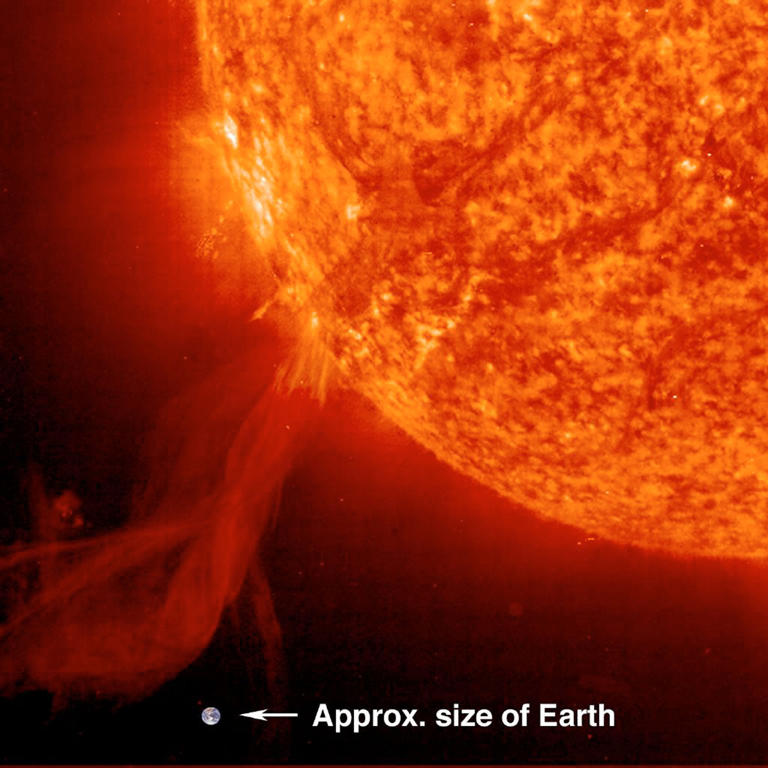 As the UK faces extreme heat and weather warnings amid the climate crisis, with Dr Nikos Christidis, climate attribution scientist at the Met Office saying: “Climate change has already influenced the likelihood of temperature extremes in the UK”.

He added: “Even with current pledges on emissions reductions, such extremes could be taking place every 15 years in the climate of 210.”

Solar storms and solar flares have now been predicted to strike the Earth today, by NASA, with chances of GPS and radio signal interference being highly likely.

Scientists have warned that Britain needs to prepare for a solar superstorm and many are wondering what this means for people.

There have been reports of sunspots doubling in size overnight and geomagnetic storms–why are we seeing so much solar activity?

Find out what you need to know about solar flares and how they can affect the Earth.

What is a solar flare?

Solar flares are large explosions from the sun that emit intense bursts of radiation, which come from the release of magnetic energy associated with sunspots.

Flares can last from minutes to hours, and the intensity of the explosion classifies the flares, with X-class flares being the most powerful, followed by M-, C-, B-, and A-class. They’re monitored in x-rays and optical light. Why have there been more solar flares in recent years?

According to Nasa, “The sun goes through periodic variations or cycles of high and low activity that repeat approximately every 11 years.” The current solar cycle, Solar Cycle 25, began in December 2019.

When the sun entered its current solar cycle, Lika Guhathakurta, a solar scientist at the Heliophysics Division at NASA Headquarters in Washington, said: “As we emerge from solar minimum and approach Cycle 25’s maximum, it is important to remember solar activity never stops; it changes form as the pendulum swings.”

We are seeing more solar activity right now due to this solar cycle, and scientists expect to see the Sun’s activity increase in the run-up to the next predicted maximum in July 2025.

Solar maximum happens when the sunspots are most numerous, according to Nasa. During this time, there could be hundreds of sunspots on any day.

How do solar flares impact Earth?

In 1989, geomagnetically induced currents (GICs) caused the collapse of the Hydro-Québec power network. There was a general blackout that lasted for more than nine hours and affected six million people.

Additionally, astronauts in space can be affected by solar activity. Nasa says: “Research has shown, in a worst-case scenario, astronauts exposed to solar particle radiation can reach their permissible exposure limits within hours of the onset of an event.”