A new political association to join a number of predecessors in anticipation of upcoming changes to the status quo of the Somaliland political landscape has taken off the ground at the Grand Haadi hotel, Thursday.

More than 860 members of a new political association called KAAH came together at the inaugural ceremony making them the greatest in number for any of the new associations thus far. 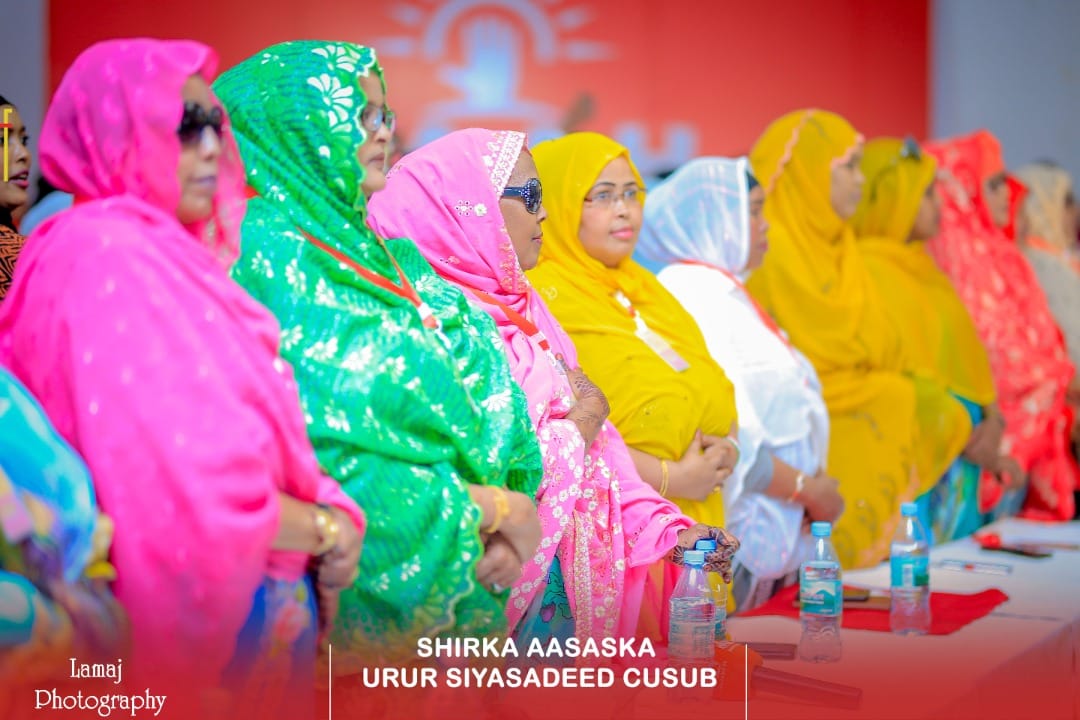 What makes KAAH, however, stand out from the rest of the pack is manifold.

For one, KAAH is led by Mohamed Hashi Abdi – a man who has of late become famous for welding the greatest influence by a single politician in the Somaliland of today. A former several-time minister with former administrations, Hashi has played a pivotal, leading role in the election of President Bihi in 2017. Hashi, one of the first dozen founding fathers of the ruling party, Kulmiye, has also been active in political roles, including that of a Mayor in the second largest city in Somaliland, Burao, the birthplace of the Republic of Somaliland, since the early ’90s.

Hashi became a victim of internal party rivalries since the incumbent President came to power. President Bihi, doubling up as the Chairman of the ruling party, clearly chose the current Minister of Interior, Mohamed Kahin Ahmed, over a possible successor to the chairmanship although Kahin was not one of its founding members.

The President, for a time, led Hashi to believe that he stood a chance against Kahin intimating that he was handing over leadership of the party to the constituency that, outside his own, put its weight behind his ascension to the presidency to which both Hashi and Kahin belonged. The assumption followed a period of estrangement between Hashi and Bihi during which the former proved his political cloud in the outcome of the 2021 double election of the parliament and local councils. The short courting and honeymoon ended soon after Hashi declared to a full house ovation that he would rather stay with Kulmiye than go elsewhere at the 20th anniversary of the party in May this year. 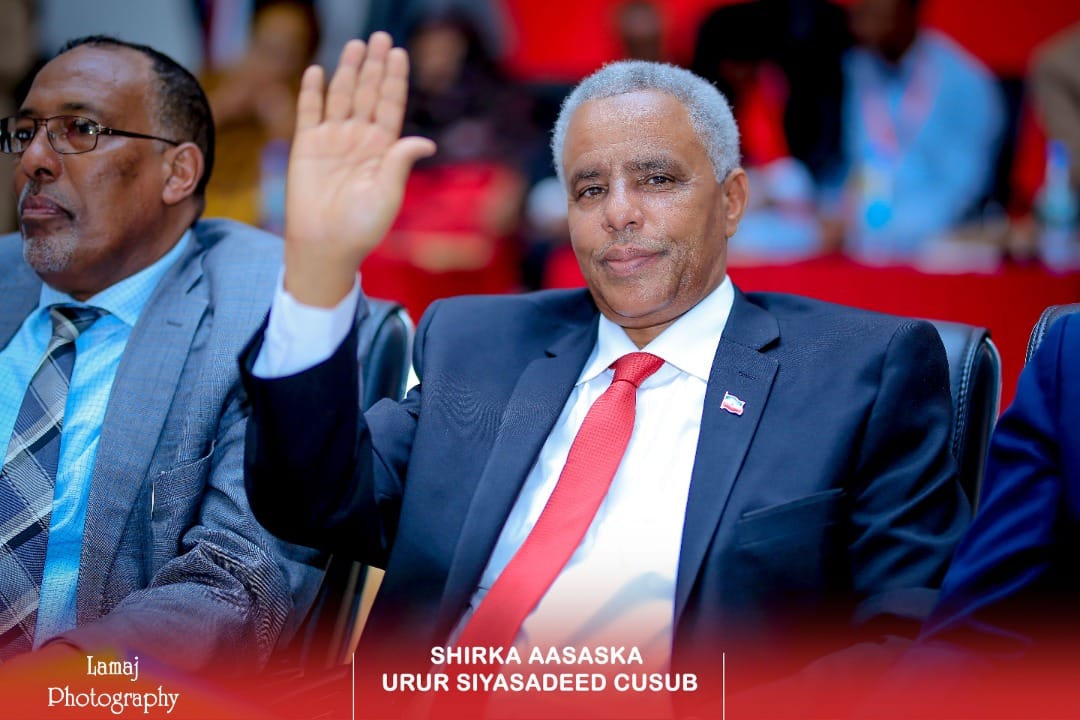 Leaving him on the lurch, Bihi left Hashi no other recourse but to – once more – don on armor to go to the battlefield.

Secondly, KAAH – a Coalition for Equality and Development – attracted a great number of political and social influencers, including prominent former ministers and current parliamentarians to its fold, making it a formidable force to be reckoned with both in Parliament and outside of it.

Right from the word ‘go!’, KAAH pulled more than 29 confirmed MPs to its front line. Participants at the inauguration occasion also showed that the new association did not belong to any particular region but that it commanded support throughout Somaliland right from Zeila to the easternmost regions of the republic. 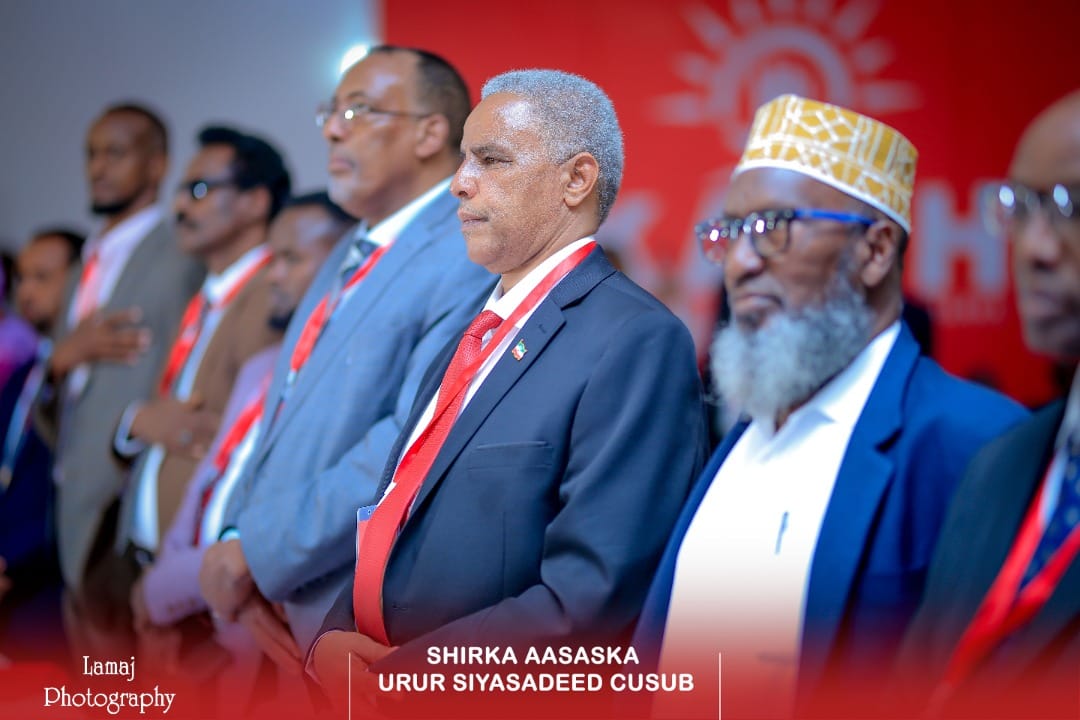 Thirdly, KAAH displayed an unignorable muscle and composition that certainly spelled out the doom of the ruling party if the latter did not put its house together fast again re-attracting the weight of support it lost through negligence since 2017. Together with Hirsi Ali Haji Hassan, the elected Chairman of the Waddani party, who also comes from the same constituency as Kahin and Hashi, Kulmiye, in the present setup appears to have lost one of the two forces that stood stoically behind it since its inception in 2002.

In a nation that is used to large crowds attending political and social functions, that of KAAH of yesterday showed its possible impact on how it gripped public imagination while it lasted reviving enthusiasm, discussion, chagrin, regret, glee, loath, debate and hope – depending on degrees of loyalty or opposition – at every home and meeting place throughout Somaliland cities including the capital, Hargeisa.

Somaliland presidential election was formerly slated for November this year but looking at how the National Electoral Commission is neither fully approved nor is prepared for an election only three months or so away, to cite but only one of a myriad of reasons, the plan does not seem practicable anymore.

Presently, the absence of a clear, dependable timeline for the presidential and political associations elections is one of the factors that is the root cause of a current, contentious stalemate between the government and opposition parties whose resolution seems to have exhausted all traditional and historical avenues that succeeded with past acrimonies.