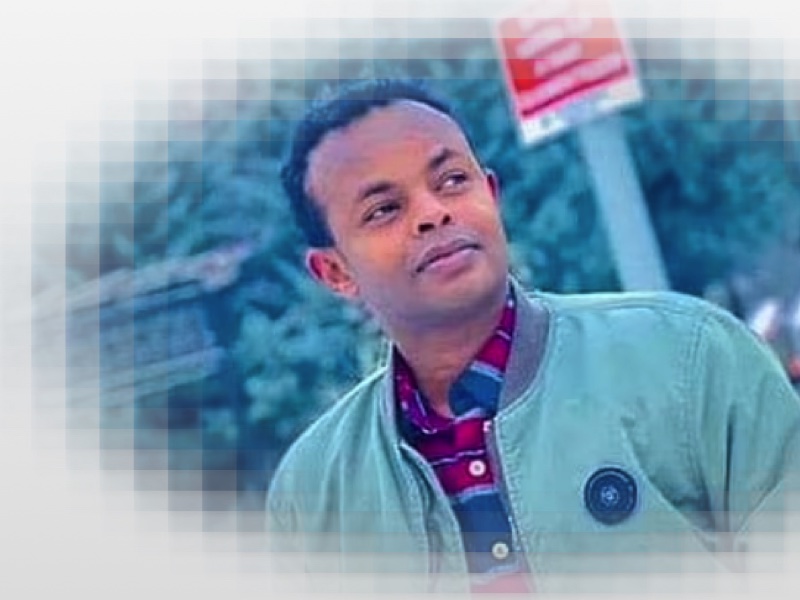 While his namesake was knighted for his triumphs on the track in 2017 and enjoys a luxury lifestyle, Mohamed Farah was recently forced to move out of a shabby shared room when a migrant charity could no longer afford the £2.70-a-day rent.

The 39-year-old spends much of his day killing time in a park, where he puffs on cigarettes, or sitting by the road eating plates of food given by sympathetic Turkish friends.

The remarkable story of the two Mo Farahs emerged earlier this month in a BBC documentary, in which the athlete – born Hussein Abdi Kahin – told how he had been trafficked by a family friend from Africa into Britain for domestic servitude.

Nimco Farah, the woman who brought the future Olympian to the UK when he was eight, gave him Mohamed’s name when Mohamed’s biological mother – an ex-wife of Nimco’s husband Mukhtar – refused to allow him to leave for Britain.

After being removed from Nimco – who disputes the slavery claims – by social services, Mo’s athletic prowess was nurtured, culminating in his remarkable Olympic double double – victories in the 5,000m and 10,000m events at London 2012 and Rio 2016.

The success of the Somalian-born athlete has led to a red-carpet lifestyle and considerable wealth. He, his wife and four children live in a multi-million pound house in South-West London and have a fleet of cars including a £200,000 Bentley Continental GT and £60,000 Porsche Macan S.

For his namesake – tracked down last week by The Mail on Sunday –life could hardly be more different. He arrived in Istanbul from Kenya two years ago and until recently lived in a dormitory, his rent paid by a Yemeni charity until it ran out of funds. Friends say he is now living in a district nicknamed ‘Mogadishu’ due to the number of Somalian migrants living there. He was reported to be studying at Istanbul Aydin University but officials could find no record of him. 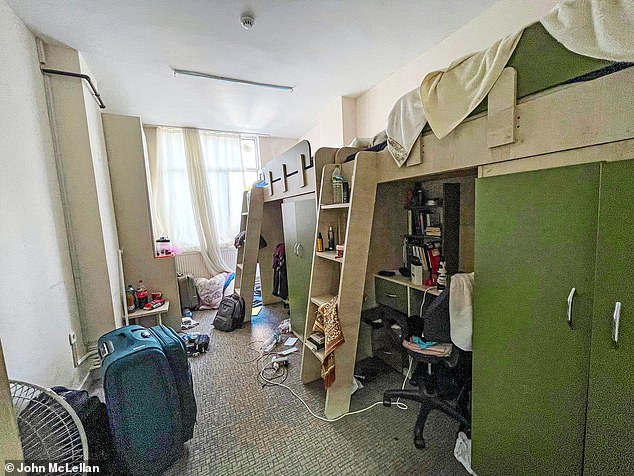 He picks up his daily packet of cigarettes at a convenience store where the owner, Ismail, said: ‘He is a quiet person and very humble. His nickname is Moallim [Arabic for teacher].’

The link between Mohamed and the famous sportsman only became known to friends in Istanbul after the documentary was broadcast.

Ismail said: ‘Mohamed knew from childhood that his name was used by another child to go to the UK, who became an athlete, but he did not tell anyone until Mo Farah said it on TV. It’s only after this that he has told people about it. This is the sort of person he is.’

Ismail’s wife, Aliye, said Mohamed, who is single and was born in Mogadishu, struggles financially but for a short time until three months ago had worked in a furniture store earning the equivalent of £140 a month. ‘He always looked the poorest among his friends,’ she added.

Earlier this month, Aliye invited Mohamed and five other Somali migrants to celebrate the Muslim festival of Eid with them. Photographs show the group sitting around a makeshift table built from crates, tucking in to lamb and rice.

In the BBC1 documentary The Real Mo Farah, the athlete and his namesake were seen talking on WhatsApp. ‘I would love to come to the UK,’ Mohamed told the Olympian. ‘I will try my best to make that happen,’ replied Sir Mo.

Ismail says his friend hopes that promise will be realised. ‘Mohamed never wanted to go to the UK until Mo Farah contacted him a few months ago and told him he will take him to the UK,’ he said. ‘Now he wants to go to the UK.’

Friends claim the reunion could happen within weeks and that the BBC secured a visa as part of a follow-up programme. But the BBC last night said there were no plans to bring Mohamed to the UK.

Another friend, Hassan, who lived with Mohamed when he first moved to Istanbul, in a run-down dormitory in the Kucukcekmece suburb, said: ‘He is now getting ready to move to the UK for good.’

Perhaps fearful of jeopardising those plans, Mohamed is rebuffing offers to tell his story. Contacted by the MoS, he said: ‘I am not ready right now to give an interview.’

By ABUL TAHER IN ISTANBUL FOR THE DAILY MAIL ON SUNDAY