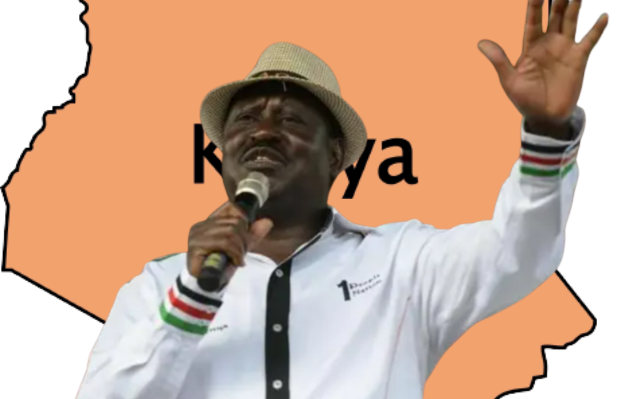 A group of Kenyans living in the United Kingdom has endorsed Azimio la Umoja One Kenya presidential candidate Raila Odinga and his running mate Martha Karua.

The group led by Ali Ali – the Rao Diaspora campaign team lead coordinator, has declared that they will vote for Raila to ensure a smooth transition and a prosperous country.

“The UK diaspora is one of the most well-organised and coordinated in the mobilisation of resources both in the diaspora and back home. We have teams both on the ground in Kenya and here in the UK campaigning for Raila. The results of our efforts will be evident on August 9 at the ballot,” said Mr Ali.

He noted that the Diaspora Campaign Caravan in Mt Kenya, the recent boda boda operators endorsement of Raila, the diaspora virtual rally addressed by the Azimio presidential candidate and the voter mobilisation of the diaspora are among the diaspora UK’s mega campaign projects.

“We have boots on the ground conducting door-to-door voter mobilisation in Mt Kenya, Rift Valley, and Western as we speak and that shall be further enhanced to ensure Raila and Karua win the presidency,” he said.

Ali said the election promises by UDA presidential candidate Deputy President William Ruto were only meant to hoodwink Kenyans to vote for them.

“The problem with the Kenya Kwanza team is that they have corruption allegations hanging in their necks. How do you trust such individuals to lead the country? Raila and Karua come with clean hands and bring the promise of a better Kenya,” said Ali.

“We are fully supportive of President Kenyatta’s wise leadership and his determination to ensure a peaceful democratic transition of power,” he added.

He said President Uhuru Kenyatta went for the handshake with Raila after the 2017 General Election to save the people and country from anarchy and instability.

The group’s secretary general Rose Seko called on Kenyans to turn out in large numbers to vote Raila for the sake of future generations.

“Unless we all vote Raila and Karua to deny the thieves the instrument of power, we are doomed, Kenya is safe in Baba and Martha’s hands,” said Ms Seko.

She denied reports that the group supports Ruto.

“It’s unfortunate that an individual released a statement from London that the Diaspora supports Ruto when we are solely behind the Azimio leadership. The individual has a right of his opinion but should not speak for our group that is united behind Raila,” said Ms Seko.