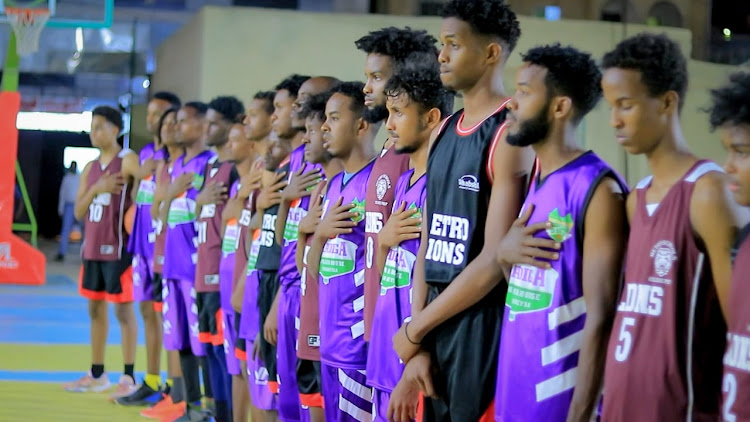 “The aim of the tournament is to connect local and foreign teams to help nurture talent in the country and by extension the region,” said the company’s Chief Executive Officer Abdirashid Duale.

The US Metro Alliance basketball team from Minnesota is in Somaliland for a series of friendly matches in a tour sponsors Dahabshiil believe will help inspire basketball players not only in the country but the region.

Metro Alliance, who also has players of Somali origin living in America, is set to play the Hargeisa local government team and the Ministry of Energy teams who play in the Somaliland Serie A basketball league in the capital Hargesia.

“The aim of the tournament is to connect local and foreign teams to help nurture talent in the country and by extension the region,” said the company’s Chief Executive Officer Abdirashid Duale.

“We have been in the forefront in sponsoring local sports because we believe our youth need to be engaged in sports and we all know sports is an international language that connects the youth and countries together.”

Duale said Dahabshiil has always encouraged youth integration and involvement in activities that keep them healthy and away from social vices like crime and substance abuse. This, he added, has informed the company’s continued support for sports in the Horn of Africa region.

The money transfer company has in the past sponsored football events in the country where the population of the youth is at 60 percent.

“We love the way Dahabshiil has brought Minnesota Somali basketballers together with our brothers in Hargeisa,” said talented young basketball player, Hamze Saeed. “It’s the same model as remittances, keeping Somalis together in solidarity from all corners of the world.”

Dahabshiil marketing executive Saad Abdi said the company will continue encouraging the youth to take up sport and will help talented youth achieve their dreams of playing at the highest level in sport.

“The company has engaged in supporting and empowering the youth through sport over the last two decades and we will continue using our position to open up opportunities for the youth. This basketball tournament is just one of the avenues we are using to empower the youth,” said Abdi.

He said the basketball tournament between the US team and local clubs in the region is one among many that the company will be supporting now and in the future.