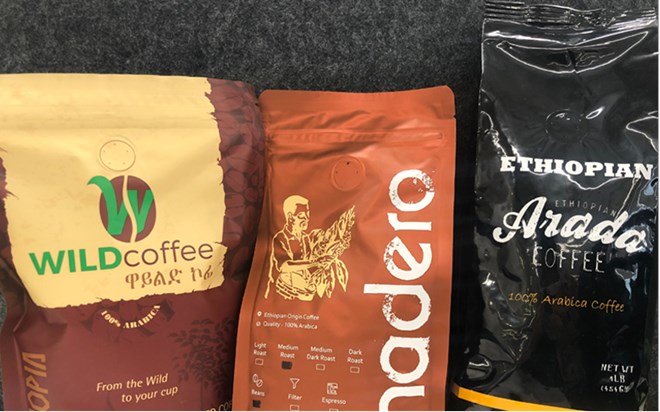 During the current budget year started July 8, 2022, the Government of Ethiopia expects increase of annual commodity export income by 30 percent reaching $5.4 billion mainly as a result of increasing global prices of coffee and gold.

The east African country is likely to boost its export revenue for the current budget year as the demand and price for the coffee is likely to continue increasing, according to a new research paper by Cepheus Invest Advisory, an investment firm that released analysis about the export of Ethiopia on Friday.

The contributing factors for the likely increased of Ethiopia’s export income according to the paper by Cepheus also include: “the volume growth in the flowers and fruits/vegetables sectors (reflecting new investments and expansion in cultivated hectares), the on-going expansion of electricity exports to neighboring countries, and the likely improvement of exports—such as meat—that are mainly geared towards the Middle Eastern market”.

Meanwhile the analysis indicated that the export income of Ethiopia from export for this year may not exceed 20 percent. “At the same time, the export growth prospects for what were previously large export categories—such as oilseeds, pulses, and chat—will likely remain somewhat restrained owing to unsettled conditions in parts of the relevant producing regions.”

“Reflecting the latter factors, and an increasingly cloudy global economic environment, particularly in Europe, we think export growth of closer to 20 percent is more realistic and thus anticipate total exports reaching just under $5bn for this fiscal year,” the papers forecasted. 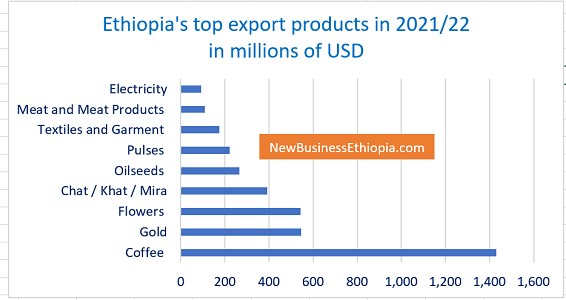 “Textile exports dipped slightly in the first two months of 2022 but have trended upwards beginning March 2022,    the impact of US Government’s Africa Growth Opportunity Act (AGOA)-related sanctions,” it said.

While it is too early to be definitive, “the resilience shown by textile exports may be reflecting the shipment (in early 2022) of carryover stock from end-2021, or possibly some manufacturers’ continued ability to sell into the US market even with some minimal tariffs (as exports to the US were up 28% year on year), or also potentially some re-direction of textile products to alternative markets (as exports to destinations such as China, Canada, and Turkey were up 2.3 times versus year-ago levels though from low starting bases)”.

For flowers, the paper indicated that the strong performance seen last year reflects “continued large land/hectare expansions among existing and new investors (boosting volumes by 12%), favorable transport costs/links, and still-strong import demand from European markets; there also appears to have been a boost provided by the greater diversification of flower exports to non-European destinations, as the Middle East, Asia, and Africa are now collectively buying 19 percent of Ethiopia’s flower exports versus just 10 percent five years ago”.

With respect to meat, Ethiopia’s has reversed years of decline in this area, with a bounce back seen from a low of just $67 million two years ago to over $100 million of meat exports this past year due to strong Middle Eastern demand in line with the high oil prices and much stronger economic activity that is benefiting that region, according to Cepheus.

All six of these countries purchased at least a quarter billion dollars worth of Ethiopian goods, while an additional seven countries (UAE, Japan, Djibouti, Belgium, Israel, South Korea, and China) bought at least $100 million of Ethiopian products. Taken together, these 13 countries make up Ethiopia’s most important export markets, with the rest of Ethiopia’s 27 export destinations each making up no more than 2 percent of total exports.

Looking at where the near $500mn increase in exports came from this past year, the biggest sources of incremental demand were neighboring Somalia (+132 million, mostly due to chat), Germany (+115 million, mostly coffee) and Netherlands (+93 million, mostly flowers). These three countries accounted for 70% of Ethiopia’s export increase in the just completed fiscal year.

Outside of these eight large- value export products, the export proceeds from the remaining 10 main product categories remain below $100m on an annual basis.

The total foreign exchange inflows were close to $22.7 billion in the just completed fiscal year, as per the estimate of Cepheus exports still represent less than one-fifth (18%) of Ethiopia’s gross foreign currency earnings.

It stated that based on balance of payments flows (for which National Bank of Ethiopia data is available up to end-March 2022 and estimates possible for the full-year figures), the other main sources of Ethiopia’s forex inflows in 2021-22 were service receipts ($6.2bn), remittances ($5.3 billion), FDI ($3.2 billion), loans ($1.1bn, counting both Government plus state owned enterprises borrowing) and grants ($1 billion).

“Collectively, the gross forex inflows of near $23 billion in 2021-22 were only slightly higher than the prior year’s outturn of $22.3 billion, reflecting better performance in exports, service income, and remittances. At the same time, forex inflows were lower for government’s foreign borrowing (down by $100mn), state owned enterprises foreign borrowing (down by $900 million), and grants (down by $300 million),” the paper stated.

“Reflecting the latter declines plus the much higher forex outflows due to increased imports ($18 billion for the year, or an extra $4 billion), we estimate that the overall balance of payments showed a large deficit of near $2 billion in 2021-22,” Cepheus paper stated.