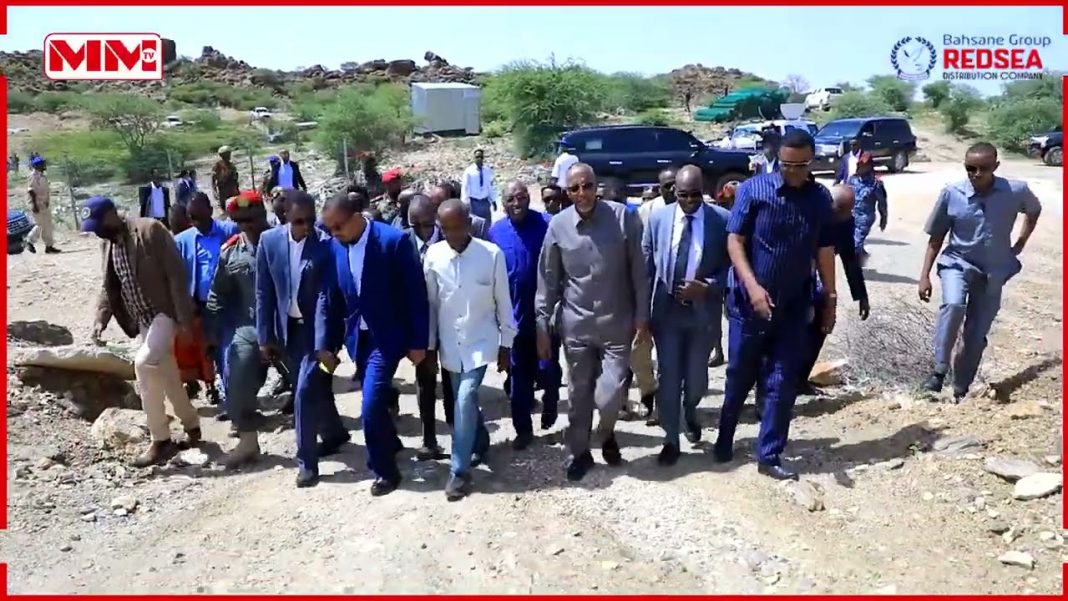 President Musa Bihi Abdi is in the midst of a regional tour around Somaliland whose true objective has not been clearly disclosed.

Many, though, believe that the blitz, unannounced visits to regional capitals that started off at Borama, Awadal region, earlier during the week, is a bid to shore up waning public confidence in the ruling party he chairs – Kulmiye.

But, during the tour, the President stopped at a number of places, cut the ribbon off a number of new projects, and, in the process, left behind a few maxims that have the makings of outlasting him for many years to come.

“Cooperation is the key to development – large or small,” he said, Sunday, speaking of how a large water catchment in the Gabilay area was implemented.

“This here ‘dam’ is not at the greatest site available for similar projects in Somaliland,” he said, “but it represents how the people in these areas found the best they could for the purpose intended and handed it over to the engineers to build a dam that stores runaway water for them to say when other sources dry up”.

He said other areas that had spots far more suited to catch runaway rainwater blocked the effort for personal or other petty purposes.

“A community can be its worst enemy when it cannot agree on its priorities,” he said, adding that water remained a top priority in semi-arid countries such as Somaliland.

Regarding how and when and with what the reservoir was built, the President did not reveal at all.

The ‘dam’ – as people euphemistically call it now – only sprang to the limelight when it was completed earlier in the year.

According to critics, the project was neither included in this year’s national budget nor was it publicly bid or listed under any major donor development initiative. Some unofficial sources stated that it was constructed on funds the presidency provided which in itself was the source of consternation as it generated as many questions as it intended to answer.