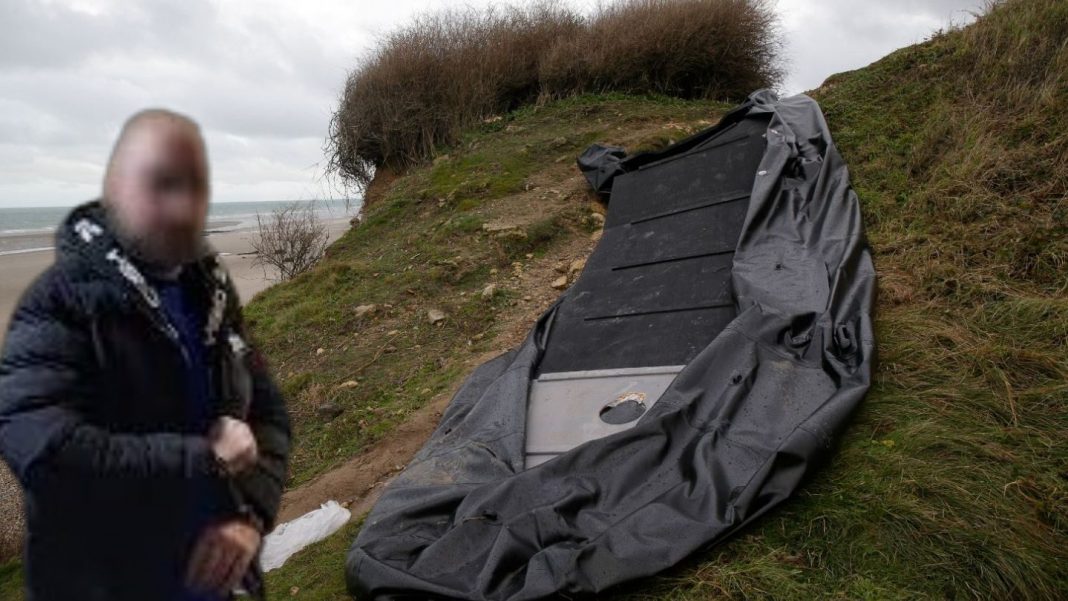 Facebook
Twitter
Pinterest
WhatsApp
UK authorities have arrested a man as part of the investigation into the deaths of 27 migrants in the English Channel last year.
The 32-year-old man was arrested in southwest England on Tuesday, the UK’s National Crime Agency (NCA) said in a statement.
He is suspected of being a member of an organised criminal group that “conspired to transport migrants to the UK in a small boat”.
advertisements

NCA Deputy Director Craig Turner has described it as a “significant arrest” because the suspect allegedly “having played a key role in the manslaughter of those who died”.

Twenty-seven migrants died when their inflatable boat sank off the coast of Calais in November 2021. Just two people were rescued.
Most of the victims were originally from Iraq, while others came from Afghanistan, Egypt, Ethiopia, Iran, Somalia, and Vietnam.
Ten members of a suspected Afghan smuggling group involved in the incident have already been charged in France. They allegedly charged around €3,000 each per person to transport migrants to the UK.
The NCA said the latest suspect was “identified and tracked down” with support from French authorities.
“[He] will remain in custody to appear [on Wednesday] at Westminster Magistrates’ Court, where extradition proceedings will begin,” the statement read.
A record number of more than 40,000 migrants have arrived in the UK in small boats across the Channel this year.
The two countries have signed a new €72.2m agreement that will see France increase the number of police patrols along its beaches.
On Tuesday, French police said they had stopped around 50 migrants from trying to cross the Channel near Sangatte.
Local authorities say recent mild weather and calm waters have led a growing number of people to attempt the dangerous crossing.
A report by Le Monde newspaper has suggested that victims of last year’s migrant tragedy had called the French authorities on 15 occasions to ask for help and that French rescue workers waited for the shipwreck to drift into UK waters.
Euronews