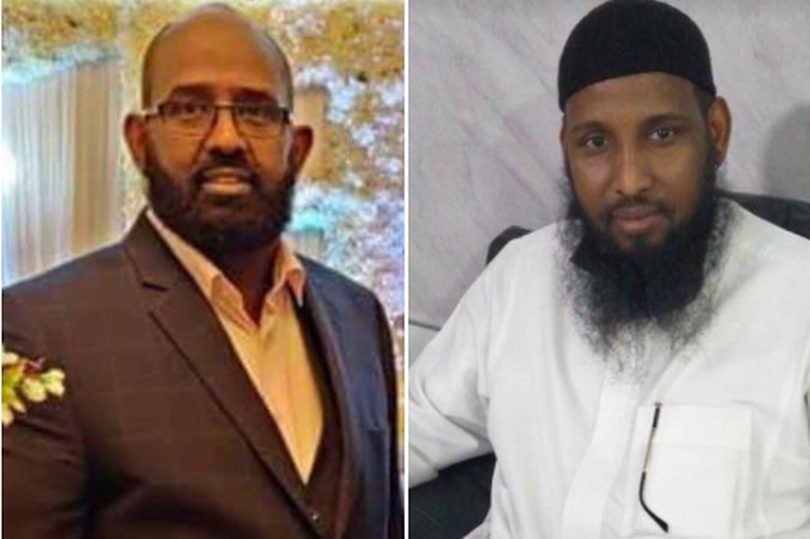 Two much-loved Birmingham cousins were tragically killed during a horrific militant attack in Somalia. Tributes have poured in for the pair who were highly respected pillars of the community in Small Heath.

Community leaders Mohamed Hassan Elmi, 53, and Abdulkadir Abdullahi Ahmed 54, were in a meeting at a hotel when a car bomb exploded and gunshots were fired by militants at the Villa Rays hotel, in Mogadishu, on Sunday, November 27. Both men sadly died in the attack, which claimed the lives of 14 people – including eight civilians.

Their passing has been described as a “light being dimmed in the community.” Dad-of-nine Abdulkadir was an “advocate for peace” who anyone in the community could turn to in a crisis. While businessman Mohamed, a dad-of-12, was described as a man who helped anyone he could and was “always laughing with everyone.”

Abdulkadir co-founded the Arrahma Islamic Centre, on Whitmore Road, while Mohamed helped manage the mosque. The men were buried out in Somali, but thousands of mourners gathered for funeral prayers at the mosque in Small Heath, yesterday, Wednesday, November 30.

It is thought 3,000 people arrived to pay their respects for funeral prayers in their absence – which is a highly unusual but deeply heartfelt gesture. Some had to pray next door or outside or wait to enter the mosque.

Mohamed’s son Usama Elmi told BirminghamLive an explosion took hold and his father had tried to make an escape through a window. Tragically gunmen killed him outside the hotel. Another of his uncles from London was also killed in the attack and several others were injured.

Somalia-born Mohamed had previously lived in Denmark before moving to Birmingham in 2003. “My dad was a big pillar of the community. He was one of the managers of the mosque. He ran a nursery and went on to run a shopping centre,” he said.

“He was always smiley, happy, one of those people you could always talk to. He was always friendly. He was more like an older brother or older friend who was always laughing with everyone.

“He was always checking in on everyone. If anyone needed any help he would help no matter how big or small. We used to call him a big teddy bear. He was a big guy, but always smiling and never angry at anyone.”

Usama added: “He went to go visit his family. He was also trying to change the place for the better as there’s been a lot of wars. He was invited to a meeting, including his uncles, by the interior minister, who comes from the same tribe as my dad. There was quite a big group of them at the hotel in the presidential compound.”

Abdulkadir’s daughter Rahma Abdullahi, 22, told how the Small Heath community had felt a huge sense of loss. She told BirminghamLive: “He was a friend. He was someone my siblings and I could turn to any time. It wasn’t just his family that have felt this loss. It’s been a tragic loss for the community as well.

“My dad founded the mosque in 2002. He was a chairman and leader and someone that people could turn to for counselling or informal or formal talk.

“He helped troubled youths overcome obstacles as well as troubled adults. He was just that person that was like a light in the Islamic centre. He was called a pillar of the community.”

She added: “It was a massive shock for us. We found out about Mohamed’s passing on Sunday night. And then in the morning we knew that my dad was with him, but we didn’t know he had passed away as well.

“We then got confirmation my dad had died. From what we know it was an abrupt attack on the hotel. When the blast happened they entered the building and started to attack people who were in there. My dad tried to escape but he was wounded and he died at the hotel.”

She added: “The person who was leading the (funeral) prayers said that a light had dimmed from the community. It was really emotional. The whole community was deeply affected by their passing.

“It was so packed, people had to pray next door or outside. Or people had to take turns coming into the mosque. That’s how much everyone wanted to pay their respects.”

It took Somali forces more than 20-hours to regain control of the hotel. Militants from the al-Shabab group said it was behind the attack.

Eight civilians, a soldier and five al-Shabab fighters were killed, a police spokesperson confirmed to the BBC. Up to 60 people were rescued from the hotel, which is near the presidential palace.