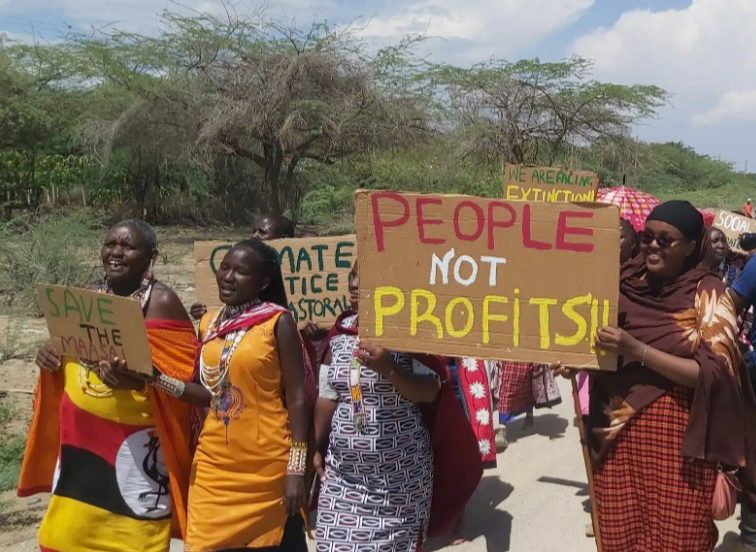 Millions in East Africa are suffering from drought and starvation, as the longest and most severe drought on record drags on into the late short rains period. After five consecutive failed rainy seasons, experts predict that next year’s rainy period from March to May will also fail. Six failed rainy seasons is unprecedented.

Due to the drought, millions are facing crisis levels of food insecurity – many go days without food. Oxfam warned that food shortages will cause one death every 36 seconds till the end of this year.

Child death numbers have risen as well. Seven million children under the age of five are estimated to face acute malnutrition, including 1.85 million who face severe malnutrition. Crop harvests in Kenya, Somalia, and southern Ethiopia continue to disappoint. Over nine million livestock have died, devastating pastoral communities across the region.

Water has become a precious commodity, with about 23 million people facing daily household water insecurity. This leaves them more vulnerable to water-borne diseases. It also forces women and children to travel long distances to fetch water, often exposing them to violence on their journeys.

“The only thing people are praying for now is a little bit of rain,” said Walter Mawere, the Communications and Advocacy Coordinator from CARE Somalia.

“I have met adults who are saying they have to forgo water. They can give their children some drinking water but there is not enough for themselves.”

At the same time, people are reeling from the knock-on effects of the drought. Measles and cholera outbreaks are impacting communities, and when combined with malnutrition, the health impacts are even worse.

At least 1.77 million people have fled their homes, living in internally displaced people (IDP) camps, or have sought refuge in neighboring countries.

Somalia is the worst affected and is experiencing an undeclared famine, sending shockwaves through agropastoralist communities, who are scrambling to make ends meet. 74 districts, making up almost half the country, are experiencing severe drought conditions.

1.3 million people in Somalia have been forced to move into IDP camps, living in makeshift shelters lacking even basic facilities like healthcare, water, and education.

“Families only get some cloth or plastic to build their house. There is no floor, no windows – nothing, in this heat in Somalia,” said Meware. “There are no proper sanitation facilities for women, increasing risk when they have to venture out. It exposes them to sexual violence.”

Gender-based violence, early marriage, and the rates at which girls are dropping out of school are soaring in East Africa, as income drops and pressure to feed the family mounts.

Mana Omar, an Indigenous climate justice activist from the Maasai pastoral community in Kenya, says the most significant problem facing her people is the ongoing drought.

“Men’s work is associated with the land and livestock and because of the drought, nothing is going their way,” said Omar. “They get frustrated and beat the women in their families. Women are married off and are exchanged for livestock to make up for the loss in income.”

The biggest issue facing the Horn of Africa is a lack of funding. Funding for the drought response plan in Somalia is at 72 percent – the funding for Kenya and Ethiopia stands at 55 percent and 52 percent respectively. If these funding gaps are not closed urgently, the crisis will only cost more.

A major victory coming out of the recent COP27 climate talks in Egypt was the adoption of a loss and damage fund, which is supposed to fund disaster situations like these – situations that the Global North bears historical responsibility for. But, that fund is far from being operationalized. The Horn of Africa needs that money now.

“It’s clear that the Global North doesn’t care for African lives. We are continuously left behind,” said Omar.

Some expect that if Somalia were to announce famine, funding might increase. The government has been reluctant to do so. However, in 2011, most of the 260,000 deaths caused by famine in Somalia had already occurred before the declaration of famine.

“Whether famine is declared or not declared, we need to act now,” said Mawere. “These are technical terms, they’re numbers on paper. Behind the numbers, there are families, there are girls, and there are women. They are suffering, they have nothing to eat.”

“We need more support to reach the most affected populations in the country.”

Support has always come too late to places like Africa, according to Dr. Guyo Roba, Head of the Jameel Observatory, who belongs to the Borana pastoral community. He says that aid is reactive, never anticipatory, despite the sounding of plenty of early warning alarms back in 2020.

“It’s much cheaper to fund anticipatory action or early action to disasters like the drought in Africa. Emergency response is much costlier. A cleverer response would be to prioritize early action,” said Roba.

Ignoring the drought in Africa is a political choice, he says.

Anna Abraham (she/they) is Currently’s Mumbai-based Editorial Fellow who is particularly interested in working on the intersection between social justice and climate change, and new ways of communicating the climate emergency. She also works as a Communications and Outreach coordinator with a climate collective called Let India Breathe. Prior to working with Currently, she has worked with the content and communications department for several local and international non-profit environmental groups. Anna has a bachelor’s degree in Mass Media, specializing in Journalism, from St. Xavier’s College, Mumbai.