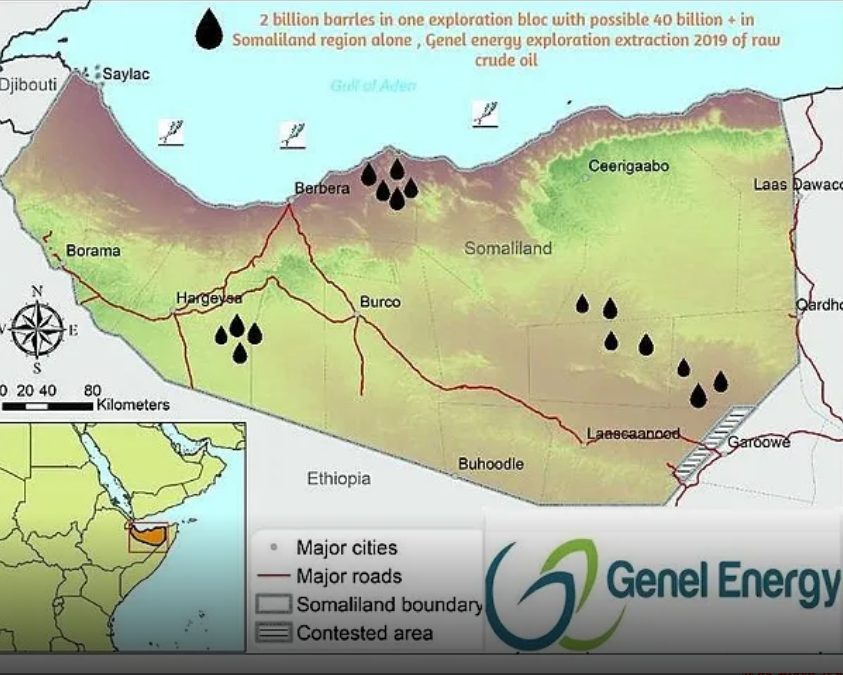 Somaliland unilaterally declared independence in 1991, but isn’t recognized as a sovereign state by any other nation. Somalia, which claims dominion over the territory, announced on Dec. 28 that it rejects UK-based Genel Energy’s claim to petroleum rights in the area.

Genel Energy was awarded an exploration license for two onshore blocks in Somaliland in August 2012 and acquired a 50% participating interest in the Odewayne Production Sharing Agreement that covers three additional blocks in November that year, according to its website. Genel Energy’s main production assets are in Iraq’s Kurdistan region.

By Mohamed Sheikh Nor and Mohammed Omar Ahmed
Bloomberg