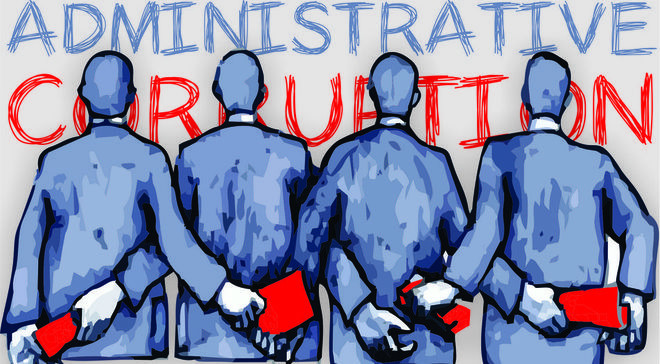 Facebook
Twitter
Pinterest
WhatsApp
Somalia faces a rampant corruption in the government departments with limited or no accountability, according to a new report released today by a local non-governmental organisation.
According to Marqaati group, government contracts continued to be given to political cronies of those in power, enabled by an opaque procurement process. Not only were kickbacks the norm, but some officials were also reportedly shadow owners of companies to which they awarded contracts.
“During the five years of the previous Somali administration (2017-2022), the international community was vital in funding the government, covering close to a half of the national budget. This presented it with the obligation to demand accountability of the Somali government, but there is little indication of it having positive influence. Monies were stolen as usual; elections rigged as usual; political opponents harassed and attacked as usual; and democratisation unimproved as usual,” it said.
Citing a previous report by the country’s Auditor General, the Marqaati group said all the undemocratic actions and corruption was subsidised by the international community, including $5,936,316.23 in external assistance that could not be accounted for in 2020 in the audit conducted by the Office of Auditor General (OAG).
While the past five years saw some actions taken against a handful of low and mid-level corrupt officials, it was performative at best as little institutional mechanisms were put in place to guard against systemic corruption.
Ministries, departments, and agencies (MDAs) continued to collect fees and use them at source, contrary to the law. When the Auditor General (AG) reported on MDAs that shared statements with him, he could not find many MDAs willing to share information with him in subsequent years.
To make matters worse, the Public Financial Management (PFM) Act of 2019 was written in such a way as to give MDAs a loophole that allowed them to not share information with the AG if they so pleased. This Act needs to be urgently amended to fix that issue. Only five MDAs bothered to share financial statements with the AG in 2018 and 2019, showing collection and usage at source of $3,207,570. Subsequent years saw five embassies share their collection and usage at source of $1,335,475.46. This total of $4,543,045.46 is a very small fraction of the monies being collected and used at source by MDAs, making a mockery of the PFM and the annual budget.

Based on the review of the OAG’s reports for the years 2019-21, at least $95,804854 was unaudited.
The group urges accountability by strongly noting that the international community’s funding to the Somali government without demanding that it reforms and creates sound institutions that ensure good governance and accountability will only mean endorsing its actions.
“Every election delayed, every penny stolen, and every injustice committed is endorsed by any donor that does not push for positive democratic change in Somalia,” the Marqaati group wrote in its report.
In a damning revelation just last week, president Hassan Sheikh Mohamud said almost 90% of the 5,700 Somali civil servants were not reporting to work or simply were ghost employees that do not exist at all despite still receiving their monthly pay from the World Bank.