President Bihi asks the governments of Kenya and Ethiopia to closely look at the actions and words of Somalis in their countries preaching unrest, strife, and instability in the Republic of Somaliland

President Bihi, first, sent state condolences to the families of the demonstrators and members of the army who had fallen during the violent demonstrations that erupted in the northeastern town of Somaliland, capital of Sool region last Tuesday.

The president blaming the deaths unfortunate and avoidable blaming the undue violence and intensity of the protests on external elements that fulfilled own agendas which did not include the stability or well-being of residents.

“We are aggrieved that impressionable protesters were callously exploited by inimical elements that do not have the tranquility and peace of Sool, Las Anod or anybody else in the region,” he said at a press conference he held at the Presidency today.

The President stated that of 40 prominent members who fell under the gun of assailants in Las Anod since 2009 24 were either government officials or leaders of political parties and the other 16 citizens who in one way or another were connected with the government supporting its development and administrative initiatives in the region.

Thirty-two suspects have been identified linked to the killings for this period. Of this number, eight evaded arrest, 6 were under investigation, two were acquitted and the rest serving varying  sentences in prisons. 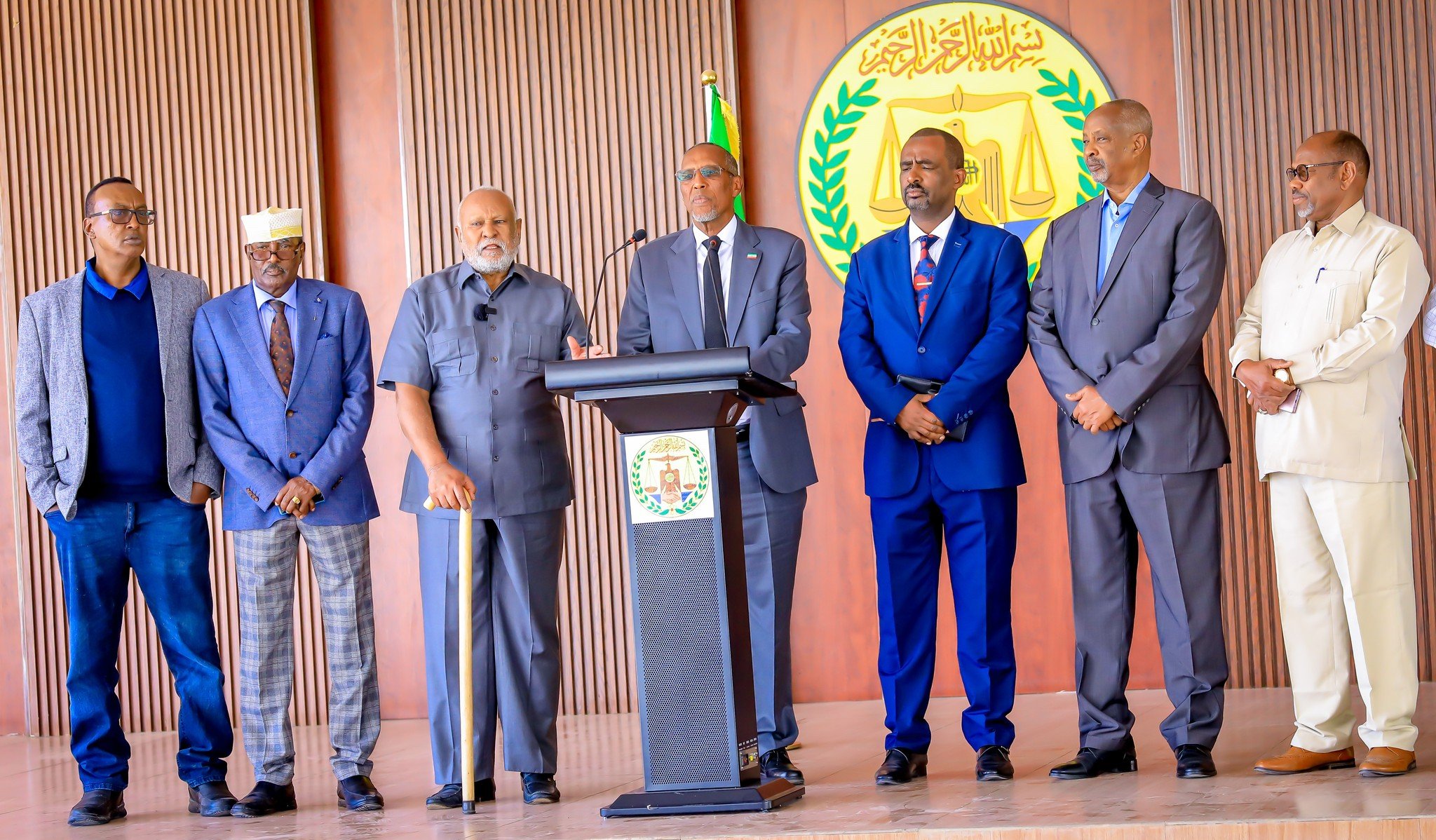 President Bihi named Kenyan MP Farah Maalim as one of the ring leaders fanning a tribal-laced, vitriolic war of words against the republic of Somaliland calling for strife among the unrecognized republic’s nationals.

“Las Anod unrest is fueled by people who are in no way connected to Somaliland or its citizens: terrorists, people in Kenya, Ethiopia and Somalia calling for strife and bitter clashes among Somalilanders. We call on those people to stop fanning flames that cannot hurt them but can only result on more strife and retarded development in the region,” he said.

“Today”, he added, ‘the Somalia federal parliament revealed a hitherto ill-concealed Somalia support of both military engagements and sabotages constantly waged against Somaliland by elements beyond the border”.

The president stated that if any of the elements he mentioned or alluded to refused to heed Somaliland calls for a cessation of hostilities, that Somaliland was more than prepared to respond in kind.

“All of you Somalia ‘presidents’ conferring against Somaliland cannot harm it an iota. Somaliland knows how to respond to empty threats,” he said.

President Bihi, on a contrasting vein, expressed gratitude to a few Somalia traditional leaders who have called for a cessation of the unrest calling for reason to prevail where their counterparts in the same region were calling for blood and destruction.

The President, on the other hand, asked the government of Kenya and Ethiopia to seriously keep track of Somalis holding positions in or as nationals in those countries so assiduously fanning hatred and civil strife among Somalilanders.

“We ask Kenya and Ethiopia to look into the actions of their nationals actively involved in an unadulterated offensive against the Republic of Somaliland and its people,” he said.

in 1991, Somaliland brought an ill-fated, disastrous political merger with Italian Somalia in 1960 to end following the successful eviction of a brutal military dictator who meted unbridled extrajudicial killings, focused prosecution, forced displacement, and, later on, whole-scale capital punishment and massacres conservatively running to the hundreds of thousands on major sections of the former British Somaliland Protectorate.