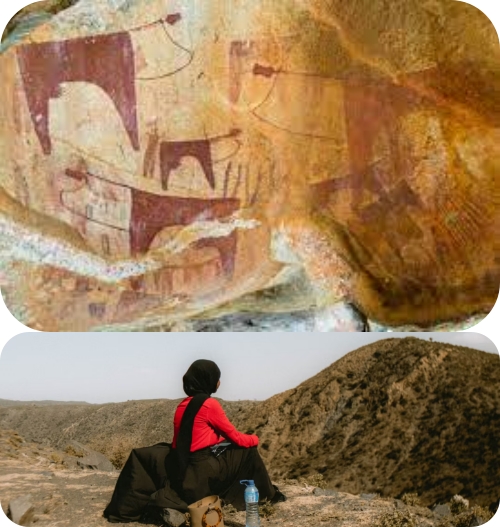 Laas Geel in Somaliland is Africa’s best-kept secret; these intriguing cave paintings fascinate people all over the world

Being one of the most vivid rock arts in Africa, Laas Geel’s origins had been obscure for a very long time. Also, there are many unexplored places in Africa that are similar to Laas Geel. The cave paintings of Laas Geel are fascinating to witness indeed as they behold a history with them.

Laas Geel translates to “Valley Where You Water Your Camels” Ancient cave formations, also known as to own historic cave paintings, Laas Geel is located on the rural outskirts of Hargeisa, Somaliland, Africa.

These caves are in the settings of the desert plain and are quite secluded along two intermittent streams. Particularly, the well-preserved paintings in these caves with their vibrant hues and surprisingly, unfaded by time make this place a prime source of attraction.

They are scattered across 10 cave chambers, also known as “alcoves” and the rock art depicts Ethiopian and Arabian styles.

The whole complex comprises 20 shelters or rock caves that are naturally occurring and not man-made. The rock formations vary in size and the largest one is ten meters long and 5 meters depth. The prime shelter is Shelter 1 due to the richness of variations and the complex composition of its rock art.