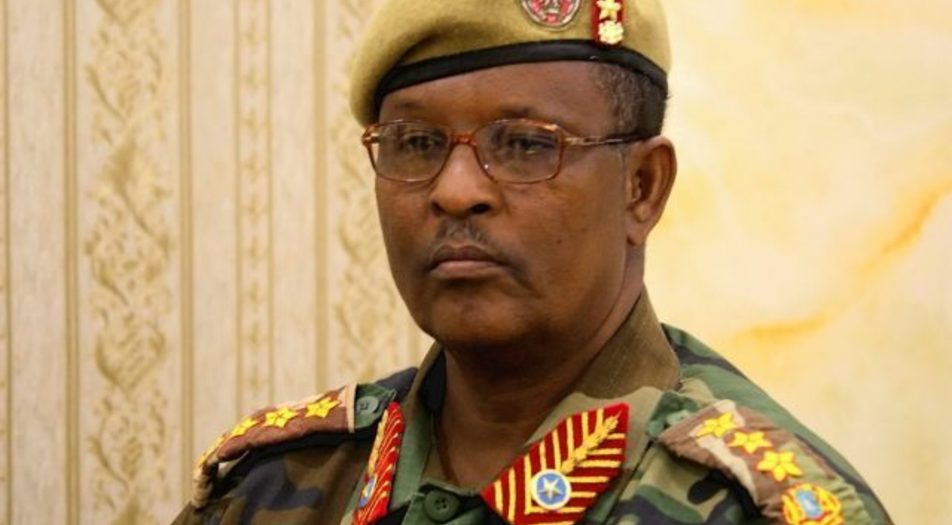 Somalia’s military commander-in-chief has survived a bomb attack on Friday that wounded at least one of his bodyguards, Garowe Online reports.

The commander, General Abdullahi Ali Anod was travelling in a convoy with senior military officials when the roadside bomb exploded between Shalanbod and K-60 areas in Lower Shabelle region.

An army officer told Garowe Online that Anood escaped unhurt after the bomb attack, in what appeared an assassination attempt on his life. None of the General’s security detail was killed in the incident.

The motorcade carrying the .. Somali military commander was driving through the perilous highway that links the capital, Mogadishu to the southern port city of Marka.

The town which lies about 110Km northwest of Mogadishu was recaptured by Somali National Army [SNA] and AMISOM – African Union Mission in Somalia from Al-Shabaab in 2012 following offensive.

Anood was sacked on Thursday in a major security shake-up by Somali President, Mohamed Abdullahi Farmajo and was replaced by General Odawa Yusuf Rageh, the commander of presidential guards.

The reshuffle also saw the removal of the army chief, Abdiweli Jama Gorod. The president reinstated former SNA commander, General Dahir Elmi, known as [Indha-Qarshe] to take over from Gorod.