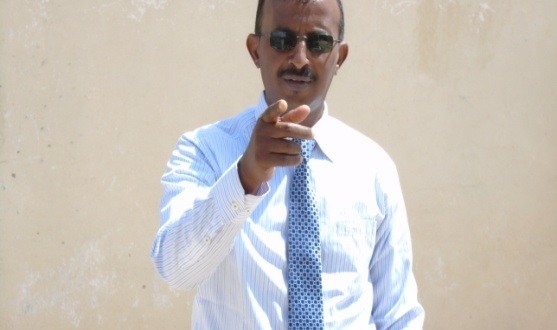 Anyone aspiring to lead the Republic of Somaliland one day needs to extend his leadership ambition and political views BEYOND THE TRIBAL INFLUENCE SPHERE argues Eng Hussein Deyr in his latest piece titled Extend your Leadership Ambition beyond your Tribal Realm!! Below

If you are seriously considering to be the leader of this great nation, you need to be genuinely convinced that the Nationhood and Clan Attachment is not compatible!! In most of the cases however, the frame of mind of adherence to a particular clan cannot coexist with a wider societal context where all Somalilanders are considered belonging to and being part of a democratic constitutional state. Taking into account of this statement, anyone who aspires to lead the nation must have a profound understanding and sound judgement of the fact that the statehood and clan loyalties cannot coexist and have a destructive effect on each other. Therefore, if you have a serious ambition to be the leader of our nation, you should raise your leadership ambition above your Tribal Realm!!

Leadership Requires a Resolute and Responsible Politician:
Leadership requires more than a short-sighted politician who is not dealing with what he really concerned about but pursuing a thoughtless individual political interest rather than a shared, broad-based common interest. Leadership requires more than a diminished political party led by a diminished leader. Leadership requires more than an incomprehensible leader who is recruiting failed and visionless politicians who are frequently changing the clan and political colour by turn. It requires more than a divisive and baseless media showdown. Leadership Requires a Resolute and Responsible Politician equipped with A SENSE OF NATIONHOOD and PATRIOTISM whose is driven by an unconditional love for the country and people. Leadership requires alliances, grassroots support, principal based vision and a context driven marketable policy agenda.
The leader of Somaliland’s main Opposition Party, Honourable Abdirahman M. Abdillahi (Cirro) might desperately aspiring to rule this country one day, yet his actions will give him no real prospect for winning the hearts and minds of the Somaliland electorate in the upcoming presidential elections in 2015. On the contrary, the party leadership is utterly self-defeating, every opening is obstructed and every opportunity is spurned by the leader himself. WADDANI party is led by a man who only hears his fear and fury instead of hearing his peace of mind and optimism, every action he makes digs his chances to succeed deeper into despair. The leadership of WADDANI party lacks the wisdom of decision making and the daring instinct to be a resolute and reasonable politician when it matters!!
WADDANI has been created in a tasteless fashion and by the wrong combination of circumstances. This party has shamelessly looted the ideas and intellectual property of other legitimate national political parties (namely UCID). Therefore, not surprisingly and it was to be expected that within this party the facts are continuously distorted and rumours are adopted for the truth. It is during hard times that Somaliland people come to know one’s true loyalty and patriotism towards their country and people. The leadership of WADDANI party are not capable to distinguish the fundamental differences between opposing the incumbent president and fulfilling civic responsibility and patriotic obligations towards the people and country. They publicly make unsubstantiated statements and entirely confected stories designed to stir up non-existent public hysteria and social instability. They take every opportunity to be aggressive by trying to cause reputational damage to the integrity of the President, his family members as well as the government he leads.
Another shocking fact is the unpatriotic conduct of WADDANI top officials: the leaders as well as other prominent members of the party are constantly voicing hateful political rhetoric wherein envy and clan sentiments are at the core of their arguments. Their unprofessional stance and the impulsive emotional responses in public seem to rub so many potential voters up the wrong way. If you look very closely at the policy programs and electoral content of WADDANI party, you will soon discover misleading, unrealistic and virtually empty party programs. Unfortunately, the main opposition party has collectively failed to come up with significant policy initiatives and social-change alternatives to convince Somaliland voters that the WADDANI party is in reality on the right track to replace the ruling party and its government. It is very obvious that WADDANI party as well as its leader are not yet mature enough to lead the country; they are not geared up to the needs, challenges, obstacles & social-changes facing Somaliland’s people today.
It seems that WADDANI party has conducted the post-mortem before the patient is pronounced dead. They missed numerous opportunities whereby they could have caused a considerable headache for the government. WADDANI can no longer act as an instrument for change or alternative for the ruling party and its government. WADDANI may have not hit the self-destruct button yet but there is a lot at stake and if they don’t manage their parties’ problems properly right now, this party could end up at a point of no return!
God bless the Republic of Somaliland and its Noble People.
BY: Eng. Hussein Adan Igeh (Hussein Deyr) |Hargeysa, Somaliland|