When Boko Haram attacks made life at home unbearable, Rebecca Samuel was confronted with a stark choice that any mother would struggle to make.

Her family had decided to leave the remote town of Chibok, northeast Nigeria, in March 2014 because of the persistent threats from the Islamist militants.

But Samuel decided that her 17-year-old daughter Sarah should stay back for an extra month to take her final secondary school exams. 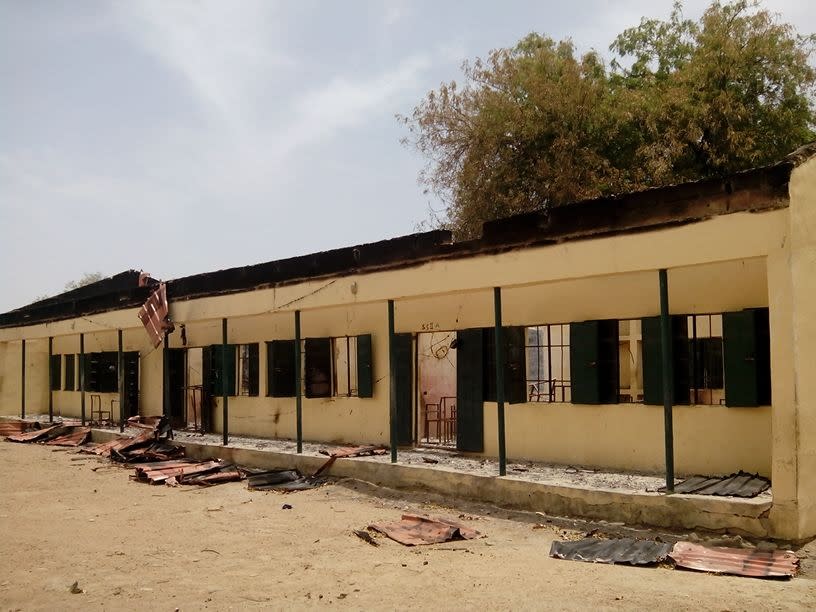 The public school in Chibok, northeast Nigeria where more than 200 schoolgirls were abducted by Boko Haram Islamists, pictured on April 21, 2014 (AFP Photo/)

On April 14, Boko Haram gunmen stormed Sarah’s school, kidnapping her and 275 of her classmates. Fifty-seven girls escaped, but the rest, including Sarah, have not been heard from since.

“Every day I am crying,” said Samuel, 36, who had been living with her family as refugees in neighbouring Cameroon before relocating to Nigeria’s capital, Abuja.

But while the Chibok abductions remain the most prominent attack of the six-year insurgency, they represent only a fraction of the atrocities inflicted on women and girls in the bitter conflict.

Human Rights Watch (HRW) last year estimated that the rebels had kidnapped more than 500 women and girls since 2009, including those seized from Chibok but the figure could be much higher. 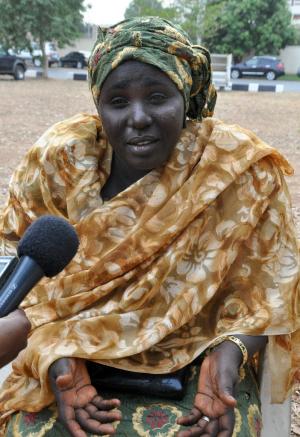 Female hostages have been forced into marriage, raped and been made to work as domestic slaves for extremist fighters. Some recounted being deployed to carry ammunition on the front line.

Other women forced to run from attacks have trekked for days through the northeast’s harsh bushlands, sometimes with infants strapped to their backs.

And, in a new tactic widely reviled even by other jihadists, Boko Haram has over the last 10 months increasingly used females, including young girls, as human bombs in attacks across the north.

A 33-year-old woman was beaten to death on Sunday at a market in northern Bauchi state following suspicion that she had explosives strapped to her body.

HRW and other experts say the incidents of females and other “vulnerable groups” being targeted has risen dramatically since Boko Haram began facing increased military pressure in 2013.

Overall, the plight facing women in the rebels’ stronghold is “a picture of violence and intimidation”, Jacob Zenn and Elizabeth Pearson wrote in the US Journal of Terrorism Research.

Hauwa Mohammed was one of 158 hostages released by Boko Haram on January 23, two weeks after their abduction from the village of Katarko, in northeast Yobe state.

“I was full of rage and hatred against (the Islamists),” said Mohammed, recounting her time in captivity.

She said her mind was fixated on what the captors might do to her three daughters, who were also kidnapped, as all the hostages faced pressure to swear allegiance to Boko Haram.

“How could I ever subscribe to this ideology that supports killing, wanton destruction, kidnap and rape?” Mohammed told AFP in an interview after her release.

She could not explain why the extremists chose to release the group but noted that countless others have been far less fortunate.

“I pray for all the women they are holding captive to be freed from the life of horror they are going through,” she said.

The insurgency in northern Nigeria, which has killed more than 13,000 people since 2009, has also thrown the spotlight on the deeper societal crisis in the impoverished region, including grave gender disparities.

Roughly half of Nigeria’s 173 million people live in the predominantly Muslim north of the country.

Only three percent of females from the north complete secondary school, the British Council said in a 2012 report, which was researched before the insurgency crippled the region and forced school closures in parts of the northeast.

More than two-thirds of girls aged 15-19 were unable to read a sentence, compared to less than 10 percent in the mostly Christian south, according to the report.

Most observers agree that Nigeria not only needs to contain Boko Haram militarily but also implement an aggressive programme to kickstart development in the north and empower both and men and women to resist the militants’ radical, violent agenda.

For now, peace in northern Nigeria seems like a distant dream for Samuel, who often attends the daily marches in Abuja on behalf of the Chibok hostages, organised by the #BringBackOurGirls campaign.

Sarah spent her 18th birthday in December in captivity, possibly as a forced bride after Boko Haram leader Abubakar Shekau vowed to sell the Chibok hostages as “slaves” and to “marry them off”.

“It is difficult,” her mother said simply. “Only God can help us.”