Home Somaliland Somaliland must be wary of Italian, EU military ‘assistance’ to Somalia

We join all patriots in hailing the SL team for the Turkish talks and praising them for their move which was quite bold. The action they did was indeed what the constitution of the land expected them to do.

Given the fact that the Mogadishu government had tried to do the bizarre thing and brought Somalilander natives to represent them hence SL had refused, it was more than a diplomatic gaffe for them to repeat it.

What they did was a gross misdemeanor that squarely not only undermined the spirit of the talks but a jolting rudeness to totally subvert it.

Whatever the foolhardy attempt to abuse the procedure, it only brought to fore the fact that we had spelled out a long time ago in this column that the Somalia government has again and again flouted the rules of engagements that were agreed upon hence signed in communiques before.

It has been explicitly clear now that Somaliland is left with no other option other than inviting other goodwill member states who are/were concerned with the whole process from the beginning.

It is only in such a manner that the process may go on otherwise we should not let our foes slap us in the face.

What Hon. Hersi warned of before the talks was postponed to the aborted 1st of March saying that he saw a bleak future in/of talks if the Somalia government do not take it seriously and embark on the priorities was quite credible.

We commend him and praise him profoundly for that.

When they decide to send a delegation that they quite well know that will not be accepted by Somaliland vividly signify their profound contempt for the whole thing. 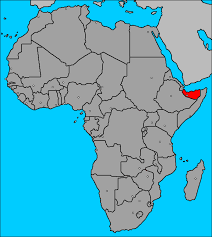 Any simple mind can palpate their innuendoes.

We categorically state herein that neither the government of the republic of Somaliland nor the people of the land can allow this at all. We should treat the matter with the seriousness that it deserves. And thus should be how we undersign ourselves.

On the other hand we note with grave concerns the fact that the Italian government has just off-loaded a large catchment of military gear in Mogadishu with dozens and dozens of military trucks of monumental costs.

This has just happened at the same time as Mogadishu showed their contempt in Turkey. At the same time their premier was not remorseful of the whole scenario but played the saintly plaintiffs!

This, we must note, is taking place in the background of SL staying sincere to her aspirations hence have not been treated to similar gestures by the British government.

The UK has not given such military aid to SL as the Italians are doing.

We are quite wary and deeply worried over the timing of the Italian gesture.

We are also extremely concerned of our security, for we ought to, hence denounce this move with the strongest terms possible.

The British surely know their cue and must be wary too of our plight for they owe it to their moral standing.

The SL-Somalia talks must be reviewed for the sake of having the aims of achieving the objectives it was intended for; seriously, we say.