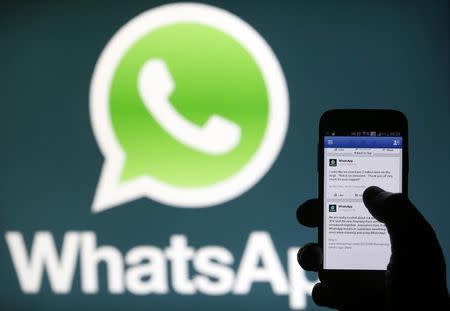 A man divorced his wife because of her WhatsApp status, Al-Hayat reported.

The husband claimed his wife had typed, “I pray to be patient enough to put up with you”, followed by his initials.

“I called one of my relatives to check whether she was addressing me. My relative confirmed this and I was so embarrassed that my friends’ wives and relatives could see that I was being portrayed in such a light.

“I don’t even know what she meant by it.”

He added his marriage was already suffering and claimed her act was “inappropriate”.

“It wasn’t the first time she has tarnished my reputation on social media.

“She had once written a poem on me and I told her it was very obvious what she was trying to say. Changing a poem into a prayer makes no difference.

“We were already miles apart in our relationship so I decided to divorce her before she retells my entire life story on social media.”

Khalid Al-Halibi, deputy director of the family development center at the Eastern Province branch of Al-Bir Society, which primarily works with orphans, said: “Social media is the number one cause of divorce nowadays. Any couple that publicly insults one another is already in a developed stage of conflict.

“What the wife did in this case was simply a mental release and she did not pay much heed to how much she was insulting her husband. The husband should have had a conversation with the wife to understand her motives.”

He also criticized the lack of recent research on the causes of divorce in Saudi society.

Lawyer Abdulmunim Al-Subaie said the Ministry of Justice’s statistics revealed divorce rates are at a peak.

He said: “It is hard to determine the causes of divorce because each case is different.

“However, the most common cause is life challenges or because one half of the couple is not fulfilling their duties and responsibilities.”

He added lately the top cause of divorce is social media.

“We usually give the couple a period to rethink their choice to divorce before they make a final decision. All in all, the current generation of married couples does not know how to use social media in the right way.”