Home Sports Barclays Premier League round up: A race to the finish

The Premier League may be heading into an international break, but there was no shortage of action this past weekend. 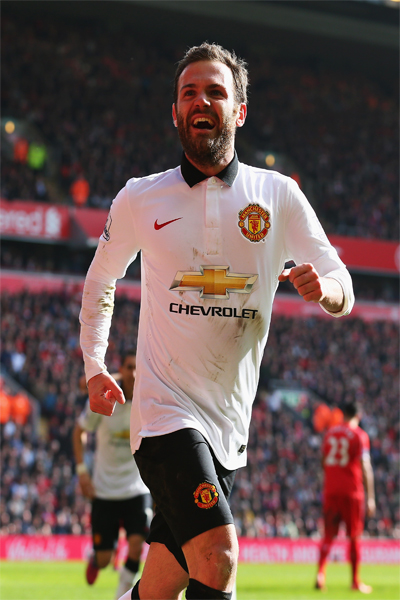 The Premier League may be heading into an international break, but there was no shortage of action this past weekend.
Chelsea are firmly in the driver’s seat to claim their first Premier League title in five years. After taking a commanding lead early on in their match against Hull City, Chelsea found themselves struggling as two quick goals by Hull put them back on level terms. But a swift counter attacking move by Chelsea saw Loic Remy score the winner. The win put Chelsea six points clear of City with a game in hand at the top of the table.
It seems as if the battle for the Champions League places will go on till the end of the season.Manchester United and Liverpool are currently in fourth and fifth place in the Premier League table respectively. But United’s controversial 2-1 win against Liverpool on Sunday, increased the gap between the two sides to five points.
Arsenal’s hard fought 2-1 victory over Newcastle on Saturday confirmed their third place on the table, but they aren’t out of danger as Manchester United are breathing down their necks, who are just a point behind them in fourth.
Manchester City may have suffered a slump in form in recent weeks, but that didn’t stop them from beating West Brom 3-0 to maintain their second place on the table. City maybe out of the race for the Premier League as Chelsea opened up a six point gap at the top of the table. Consequently, City have found themselves in the race for the Champions League spots as they are just two points ahead of their cross town rivals Manchester United, who are currently in fourth place.
After Sunday’s defeat, Liverpool maybe out of Champions League contention for the time being, but a victory against Arsenal in two weeks time will put them back in the race. Manchester United head into their most crucial period of the season as they face City and Chelsea in the coming weeks. A series of victories will firmly put them in the driver’s seat in the race for Champions League qualification.
With 8 games remaining, a rise or slump in form from any of the top teams may completely change the outcome of the season, as we find ourselves in the business end of the Premier League season.