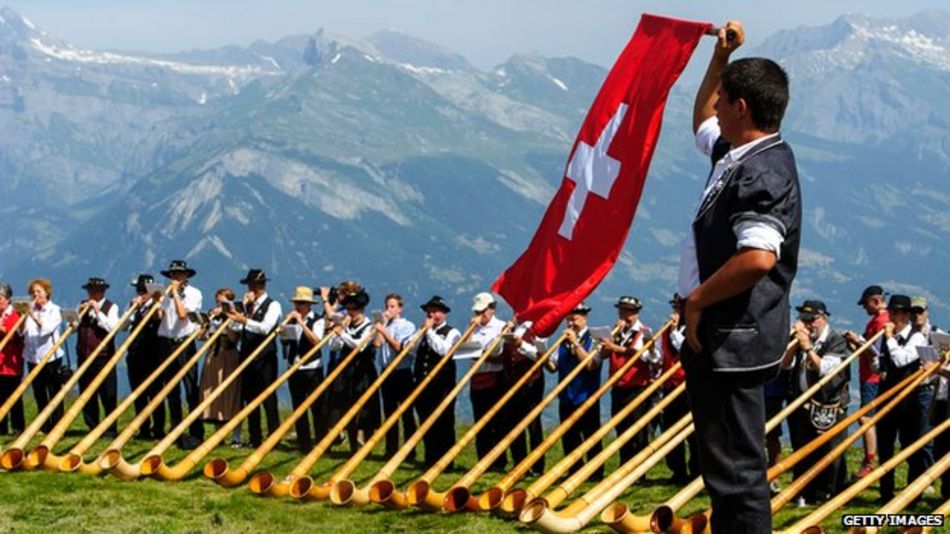 The land of clocks and chocolates is the world’s happiest country, according to a new survey.

It was closely followed by Iceland, Denmark, Norway and Canada.

The survey was released on the eve of presidential elections in Togo, where one family has been in power for 48 years.

The World Happiness Report examined 158 countries and is aimed at influencing government policy.

The study bases its rankings on data from the Gallup World Poll and takes into account variables such as real GDP per capita, healthy life expectancy, corruption levels and social freedoms.

“Increasingly happiness is considered a proper measure of social progress and goal of public policy,” the report said.

“A rapidly increasing number of national and local governments are using happiness data and research in their search for policies that could enable people to live better lives”.

The SDSN is comprised of people from academia, government and the private sector and was first launched in 2012.