The U.N. Security Council on Friday unanimously passed a resolution asking U.N. chief Ban Ki-moon and the head of the global anti-chemical weapons watchdog to prepare a plan to set up an inquiry to identify those behind chemical weapons attacks in Syria’s civil war. 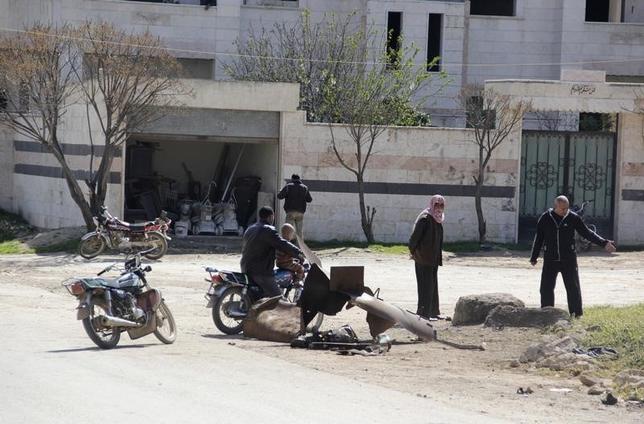 Attributing responsibility for poison gas attacks in Syria’s four-year conflict could pave the way for action by the 15-member Security Council. The body has already threatened consequences for such attacks, which could include sanctions.

The resolution asks Ban, in coordination with the head of the Organization for the Prohibition of Chemical Weapons (OPCW), to submit within 20 days recommendations for the establishment of an investigative body “to identify to the greatest extent feasible individuals, entities, groups, or governments” involved in any chemical attacks in Syria.

The adoption of the U.S.-drafted resolution came after the United States struck a deal with Russia, a strong backer of Syrian President Bashar al-Assad, on a formal request to the United Nations to assemble a team of investigators to lay blame for toxic gas attacks in Syria.

U.S. Ambassador to the United Nations Samantha Power said it was vital that those responsible for chemical attacks be held accountable.

“Pointing the finger matters,” Power told the council after the vote.

The council would respond to the recommendations by Ban and the OPCW within five days, according to the resolution, and authorize the investigative team for one year.

Once a joint U.N.-OPCW team begins work, Ban will be required to report to the Security Council on its progress once a month. The team will submit its first report within 90 days.

Syria agreed to destroy its chemical weapons in 2013 in a bid to avoid U.S. military strikes threatened over a sarin gas attack that killed hundreds of civilians. The OPCW has since found chlorine has been “systematically and repeatedly” used as a weapon, though it is not mandated to lay blame.

A separate U.N. investigation had previously determined that sarin gas has been used repeatedly in Syria to deadly effect, but that inquiry was also barred from assigning blame.

The new joint team of investigators will look at cases where the use of chemical weapons has been established.