Ethiopia has won a seat on the United Nations Security Council following an overwhelming vote of 185 out of the 193-member General Assembly of the body.

Along with Ethiopia, Sweden, Kazakhstan and Bolivia were also elected after Tuesday’s vote, the four countries would be joined by one other to serve on the Council for the year 2017-2018. 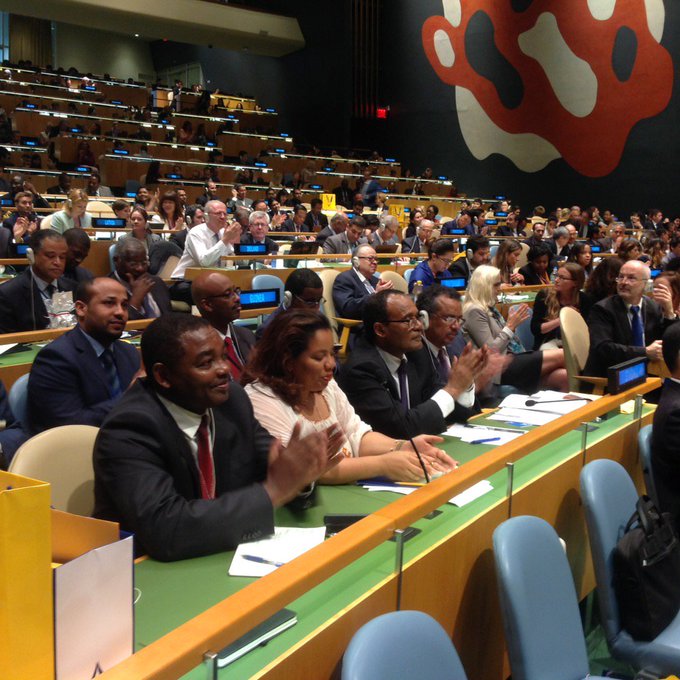 The seat yet to be decided would pit the Netherlands against Italy to see who joins Ethiopia and the three others.

The Swedish Ambassador to Libya and Tunisia, Fredrik Florén, took to twitter to thanks the two north African countries for supporting them (Sweden) to get onto the Council.

Yes, Sweden made it to the UN Security Council! Thanks #Libyaand #Tunisia for your support! Let’s work together for Peace and Human Rights!

Africa’s current representatives on the Council, Egypt and Senegal, would be stepping down at the end of 2017 when their two-year term comes to an end.

Ethiopia was elected to the Council with 185 votes out of 190 votes cast, one vote was invalid while two other members abstained.

Ethiopia replaces Angola on the Council at the end of the year. The African Union endorsed the country’s candidacy during the heads of state member meeting earlier this year.