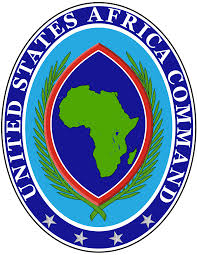 Col Barre Aden Shire known as (Barre Hiiraale) has paid a secret visit to U.S. AFRICOM military base in Kenya, where he met with top US military commanders.

Reliable sources say, that Senior AMISOM commanders are accompanying Barre Hiiraale on his unannounced visit to the U.S. AFRICOM base in Kenya.

During the closed-door meeting, both sides have discussed a range on issues, mainly the war on Al-Shabaab militants in Lowe and Middle Jubba regions on southern Somalia.

Reports said US wants Col Barre to lead a new offensive to liberate Jubba region from Al-Shabaab after Ahmed Madobe, the leader of Jubbaland has failed to do the job.

The developments come as Somali Federal Government in Mogadishu has announced on Sunday to launch a military operation to root Al-Shabaab out of the Country.