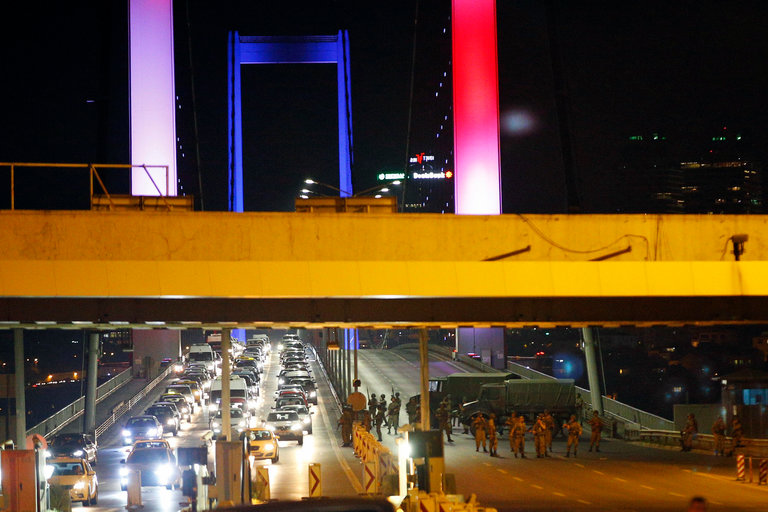 The prime minister of Turkey said on Friday night that factions of the military had attempted a coup.

“Some people illegally undertook an illegal action outside of the chain of command,” Prime Minister Binali Yildirim said in comments broadcast on NTV, a private television channel. “The government elected by the people remains in charge. This government will only go when the people say so.”

Reuters reported in a short series of bulletins that the military had issued a statement saying it had “taken over” for “democratic order” and that “all existing foreign relations will continue.”

The whereabouts of President Recep Tayyip Erdogan, who has dominated politics in Turkey for many years and has sought to establish a firm control over the military, was not immediately clear.

Military forces shut two bridges over the Bosporus in Istanbul, and fighter jets were seen flying over Istanbul and Ankara, the capital. The main airport in Istanbul was reported to have halted flights.

Mr. Yildirim said security forces had been called in to “do what is necessary,” according to Reuters.