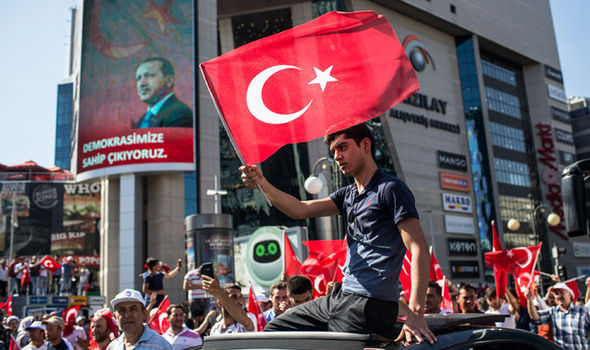 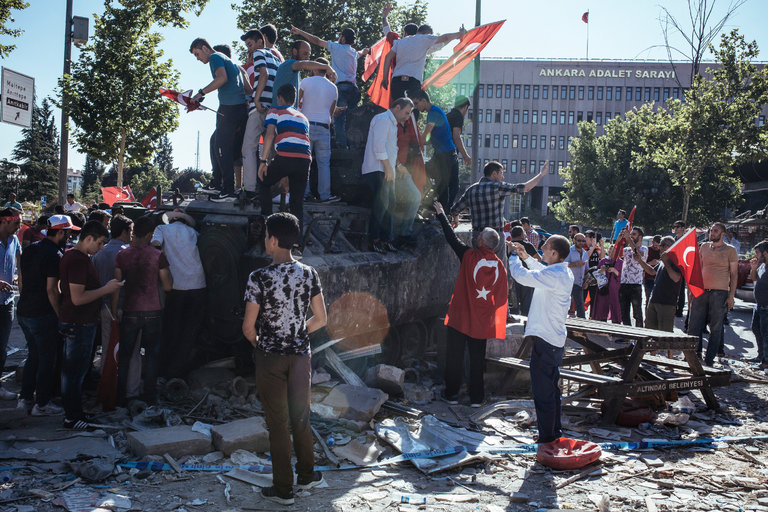 If the attempted coup in Turkey came as a surprise, there was good reason: The event went against decades of research on how, when and why coups happen.

Friday night’s uprising appeared to diverge wildly from the usual patterns. And political scientists who study coups say Turkey should have been at little risk.

“It surprised everybody, including the people in Turkey,” Mr. Kerry said, adding, “I must say it does not appear to be a very brilliantly planned or executed event.”

The gap between Turkey’s insurrection and other coups helps explain why the attempt failed. But it also underscores how many basic questions remain unanswered.

Not the kind of country at risk

Jay Ulfelder, who works in the area of political forecasting, has developed a mathematical model that synthesizes this data to predict a country’s level of risk.Turkey, said Mr. Ulfelder’s research, done in conjunction with the Early Warning Project, was a “very unlikely” candidate for a coup, he said in an email. It had only a 2.5 percent probability of an attempted coup, based on 2016 data. That placed it 56th out of 160 countries, between Laos and Iran, and was within a range considered stable. At-risk countries tend to have high rates of infant mortality, a common measurement of poverty, and poorly performing economies. Turkey’s economy has been growing, and infant mortality has been rapidly declining.

Mr. Ulfelder has also found that a country is less likely to face a coup when there is armed conflict in nearby states, perhaps because of a rally-around-the-flag effect. 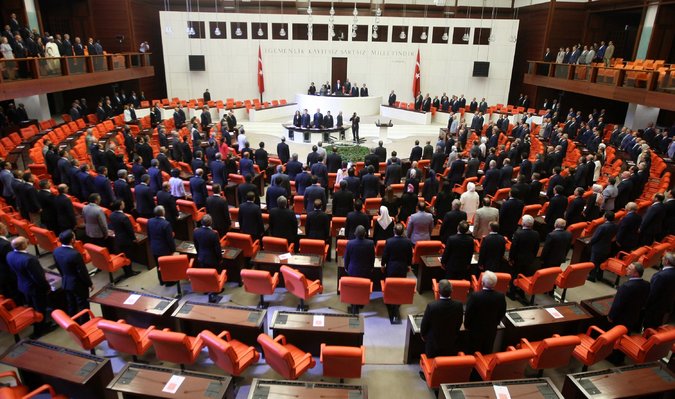 While Turkey has a history of coups, the country has changed considerably since its last, in 1997, and Mr. Ulfelder stressed that what mattered more was its nearly 20 years without one.

Another crucial factor is what experts call elite fragmentation. If divisions open up among powerful elites — elected officials, business leaders, generals, judges and so on — their competition for resources and control can culminate in a coup.

There is, as yet, no sign of such a split in Turkey. The growing economy gives elites reason to maintain the status quo. And while state institutions are imperfect and rates of corruption could be better — both factors that can lead elites to compete for resources — neither is bad enough to cause a crisis.

Turkey also does not have the kind of social polarization that disaffected elites often exploit to push forward a coup. While the country’s president,Recep Tayyip Erdogan, can be a polarizing figure in electoral politics, we do not see the kind of deeper divisions, with civil society groups rallying against the state, we might expect in advance of a coup.

Research suggests that carrying out a successful coup is a bit like baking a cake: There is a recipe, and if you skip steps or leave out ingredients, you’ll almost certainly fail.

Successful coups tend to be waged as “coordination games,” Naunihal Singh, a professor at the Air War College, wrote in the book “Seizing Power,” which examines why coups succeed or fail.

Coups work, according to this theory, when leaders convince other officers and soldiers that their success is already assured. That makes joining an act of perceived self-interest.

Plotters usually accomplish this with a predictable set of steps. A huge show of force demonstrates that the weight of the military is behind the coup. A public statement by one or more high-level public officials shows that there is elite support. And the plotters usually establish tight control over the media and the flow of public information, quashing any broadcasts that would undermine the sense of inevitable and unchallenged success.

Successful coups in countries like Turkey, which have strong military and political institutions, typically follow an “institutional coup” model, according to Brian Klaas, a fellow at the London School of Economics.

In an institutional coup, the military is unified behind the takeover and uses its full power to force top-down control over the government — as senior Turkish military leaders did in 1980. In that scenario, the coordination game is fairly simple. All of the coordination by the military elite happens before the coup even begins — and then other elites have little choice but to fall in line.

A failed coup attempt on Friday night has gripped Turkey. By Saturday morning, thousands of soldiers had been detained, accused of trying to overthrow the government, and civilians were left in a state of unease. By TURNER COWLES and MEGAN SPECIA on Publish DateJuly 16, 2016. Photo by Gokhan Tan/Getty Images

When the uprising represents only a faction of officers, Mr. Klaas said, the confidence game can also require quickly seizing top leaders and persuading or forcing a senior officer to publicly declare the coup’s victory, creating an appearance of success before anyone figures out what happened.

This time, Turkey’s dissident officers tried to take only some of these steps, and succeeded in none of them.

Rebels deployed tanks and air power in a show of force in Istanbul and Ankara, but this was not enough to intimidate the rest of the military, which eventually overcame them. Most notably, there was no public face of the coup to demonstrate elite support or issue a clear plan.

The insurrectionists also tried but failed to control communication with the public. President Erdogan was able to use the FaceTime smartphone app to call a TV station, a bizarre scenario that risked the appearance of weakness but also sapped plotters’ momentum and allowed him to call for the public to flood the streets in opposition.

Turkish internet and cellphone service remained in operation. This allowed the government to communicate on social media and helped news of pro-government protests spread, undermining the coup’s sense of inevitability.

Those protests — and the absence of visible pro-coup crowds — may have also been key to thwarting the plot. Successful coups will often exploit or even coordinate with pre-existing movements, using this show of popular support to rally elites.

Turkey’s 1997 coup leaders, for example, worked with civil society groups and others who opposed the government. Egypt’s 2013 military takeover came amid mass protests against the government.

This weekend’s coup leaders appeared to lack any allies. No civil society groups or political parties issued statements in support of the insurrection, and no elites appeared to take action on its behalf.

That hindsight makes the coup seem so doomed only underscores some questions. It is still unclear what prompted the attempt, who led it, and why they believed they had enough chance at success to risk their lives.

If history is any guide, the most straightforward explanation is simply poor planning and ineptitude.