Foreign minister says Madrid remains opposed to an independent Scotland, but would not block any EU application.

Spain has said it would not veto an attempt by an independent Scotland to join the EU, in the clearest sign yet that Brexit has softened Madrid’s longstanding opposition.

Alfonso Dastis, the Spanish foreign minister, made it clear that the government would not block an independent Scotland’s EU hopes, although he stressed that Madrid would not welcome the disintegration of the UK. He also said Edinburgh would have to apply for membership, a process fraught with uncertainty that is likely to take several years.

Asked directly whether Spain would veto an independent Scotland joining the EU, Dastis said: “No, we wouldn’t.”

But Madrid is keen not to fuel Catalonia’s desire for independence. “We don’t want it [Scottish independence] to happen,” he said. “But if it happens legally and constitutionally, we would not block it. We don’t encourage the breakup of any member states, because we think the future goes in a different direction.”

The change in tone reflects the new approach being taken by Dastis, a career diplomat, who was promoted to foreign minister last November after the centre-right prime minister, Mariano Rajoy, formed a government following 300 days of political paralysis in 2016.

In the run-up to Scotland’s 2014 independence referendum, Rajoy said Scottish independence would be a catastrophe that would risk Europe’s disintegration, but the political calculus in Madrid and Brussels has shifted since Britain voted to leave the EU.

EU leaders are more sympathetic to Scotland, where 62% voted to remain in the EU, while insisting that Scots cannot inherit Britain’s EU membership.

Scotland would have no chance of winning the perks enjoyed by the UK, such as the rebate on EU payments. Current EU law also requires new joiners to sign up to the euro, an issue that would pose fundamental problems for Scotland’s trade with the rest of the UK.

Experts have suggested negotiations could take three to four years, but the timing is uncertain. EU diplomats are reluctant to get into the details of a hypothetical event, especially when the bloc’s energies are being absorbed by Brexit.

Recent polls have cast doubt on the Scottish appetite to abandon the UK for a closer relationship with Europe. A study by the NatCen social research organisation found that Scots wanted similar controls on immigration to people from other parts of the UK.

The Spanish minister was speaking to the Guardian and other European newspapers in the week that Britain’s most senior diplomat in Brussels handed in a letter from Theresa May formally announcing the intention to leave the EU.

Describing the prime minister’s letter as “constructive and respectful”, Dastis disagreed with suggestions that the UK was attempting to use security as a bargaining chip. “I didn’t take it as a threat,” he said. “Security cooperation is good not only for the EU, but also the UK. The fact the UK is leaving raises a challenge, but we [the EU] have to develop security cooperation.”

The Brexit minister, David Davis, hit the phones on Wednesday afternoon, seeking to reassure diplomats across Europe that Britain was not using security as a bargaining chip.

Dastis emphasised his agreement with the EU’s chief Brexit negotiator, Michel Barnier, who insists the UK must agree the divorce settlement before embarking on trade talks. This sequence is likely to be agreed without dispute when the EU’s 27 prime ministers and presidents meet to finalise its negotiating principles on 29 April.

In a clear diplomatic victory for Spain, the draft guidelines, which were circulated to national capitals on Friday, come down in favour of Madrid in the centuries-old dispute with Britain over Gibraltar. The text gives Spain an effective right to exclude Gibraltar from any transitional single market access arrangement or future trade deal with the UK if it is not satisfied with the status of the territory.

Spain also has a strong interest in settling the status of EU nationals, a key plank of the divorce agreement. More than 300,000 Britons have settled in Spain and their right to healthcare, employment and social security will be shaped by the Brexit deal. Dastis thought it possible to reach a settlement in a few months.

Leaders on both sides of the Channel have talked up the importance of an early agreement on citizens’ rights, but the issue is laced with complexity. An early political statement aimed at reassuring citizens is possible, but the reality of settling knotty questions of health, employment and social security rights could take longer. “Nothing is agreed until everything is agreed,” states the EU draft text. 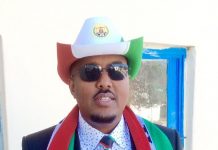 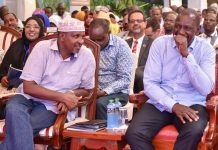