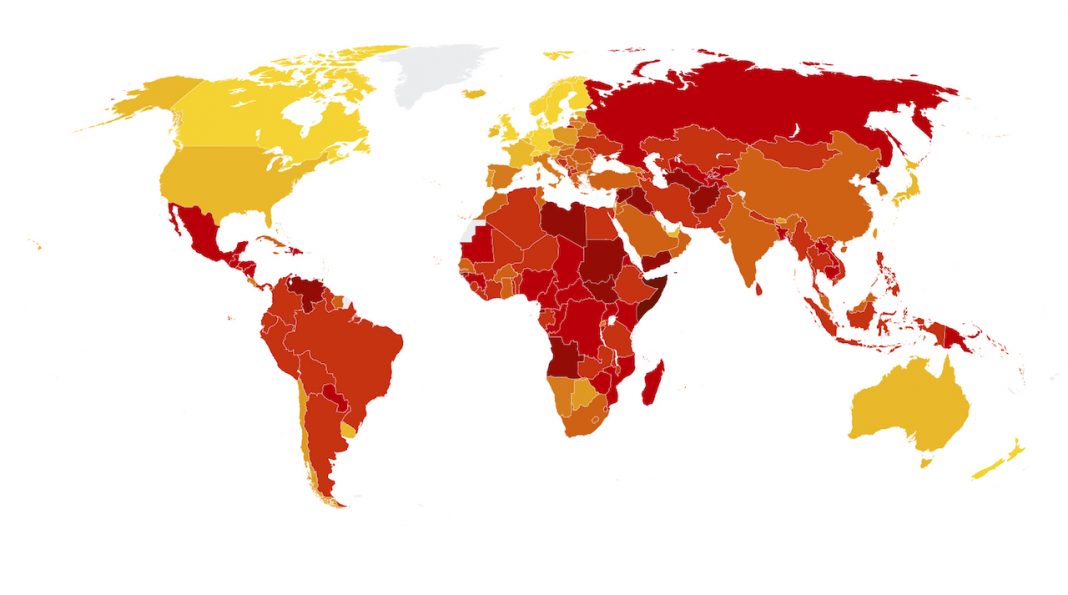 Somalia ranks highest in the Transparency Corruption Perception Index of 2017 by scoring 9th (#180) – the lowest in the table for the 11th year, indicating that none surpassed it in this FEAT!

The index, which ranks 180 countries and territories by their perceived levels of public sector corruption according to experts and businesspeople, uses a scale of 0 to 100, where 0 is highly corrupt and 100 is very clean. This year, the index found that more than two-thirds of countries score below 50, with an average score of 43. Unfortunately, compared to recent years, this poor performance is nothing new. Further analysis of the results indicates that countries with the least protection for press and non-governmental organisations (NGOs) also tend to have the worst rates of corruption.

Every week at least one journalist is killed in a country that is highly corrupt.

The analysis, which incorporates data from the Committee to Protect Journalists, shows that in the last six years, more than 9 out of 10 journalists were killed in countries that score 45 or less on the index.

No activist or reporter should have to fear for their lives when speaking out against corruption. Given current crackdowns on both civil society and the media worldwide, we need to do more to protect those who speak up.

This year’s Corruption Perceptions Index highlights that the majority of countries are making little or no progress in ending corruption, while further analysis shows journalists and activists in corrupt countries risking their lives every day in an effort to speak out.