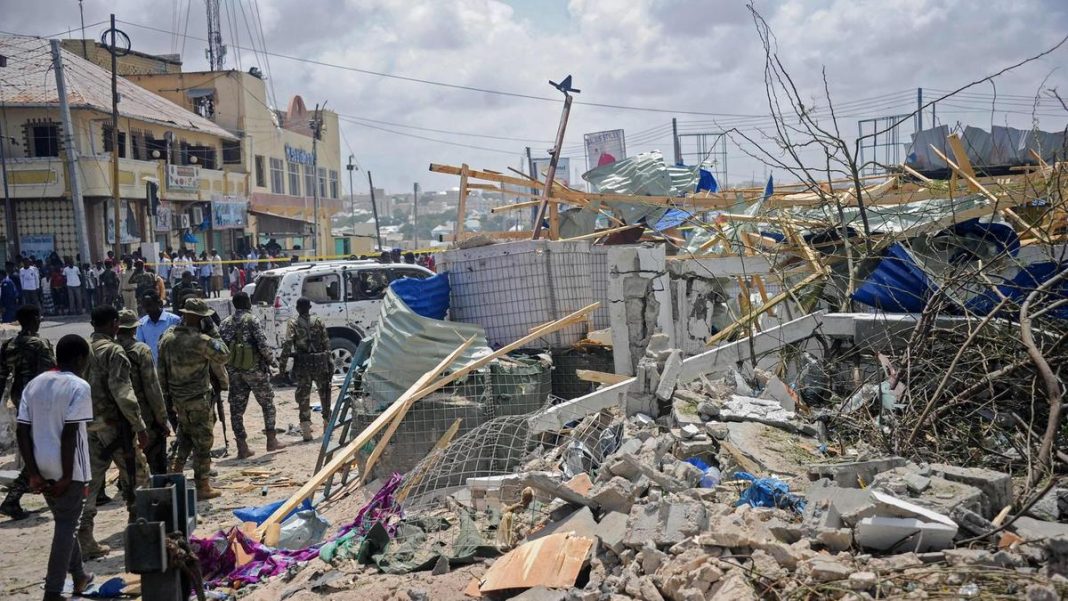 Below is a copy from the UAE’s The National.

For most of the 27 years since President Siad Barre was overthrown, liberating warlords to cleave the country apart, Somalia has been the quintessential “failed state”. Despite the formation of a new internationally-backed government in 2012, there is today an implicit recognition that the central government’s authority does not stretch beyond the capital, Mogadishu, with different states, among them breakaway Somaliland, taking ever greater control over their own affairs.

As a result, a unified response to one of Africa’s worst insurgencies at the hands of Al Shabaab has fallen short. Add to that a faltering economy, high unemployment, poor health and educational outcomes and wizened infrastructure and it is plain to see why Somalia has become such fertile ground for terrorism.

And terror struck again on Saturday, when nine people were killed and at least 13 injured in a car bomb attack at the gates of the Interior Ministry in Mogadishu. Al Shabaab claimed responsibility for the attack – kindling memories of a truck bombing last October that left more than 580 people dead.

Some progress has been made in recent years. With the assistance of the UAE and others, Somalia has all but stamped out piracy, with which it was once synonymous. African Union troops and US drones have made some strides against Al Shabaab.

Meanwhile many were hopeful when Mohamed Abdullahi Mohamed – US-educated and bureaucratic – was sworn in as president early last year. But he has struggled to refute the narrative that Somali states are best off alone.

Support from its allies will not be enough alone to stabilise its economy and security environments, as the military campaign against Al Shabaab consumes Mogadishu’s energy and resources.

Yet, after decades of conflict and failed governance, there is a tendency to dismiss Somalia as a lost cause. Doing so overlooks the country’s immense strategic importance. Sitting on the Gulf of Aden – one of the world’s most important shipping routes – tens of thousands of vessels pass through Somali waters every year.

The UAE – which recently pledged Dh11 billion to neighbouring Ethiopia – operates a major port at Berbera, in Somaliland, and will soon acquire another at Bosaso, in Puntland. For years, the UAE army has trained a successful maritime police force. Meanwhile, Somalia’s regional importance is underlined by its seat at the Arab League.

Somalia’s myriad problems make it one of Africa’s biggest challenges. And from a humanitarian standpoint, its 10 million inhabitants deserve greater security and prosperity. But chances of a resolution will continue to be spurned until the world recognises Somalia’s strategic importance, as the UAE and other Middle Eastern nations have done.