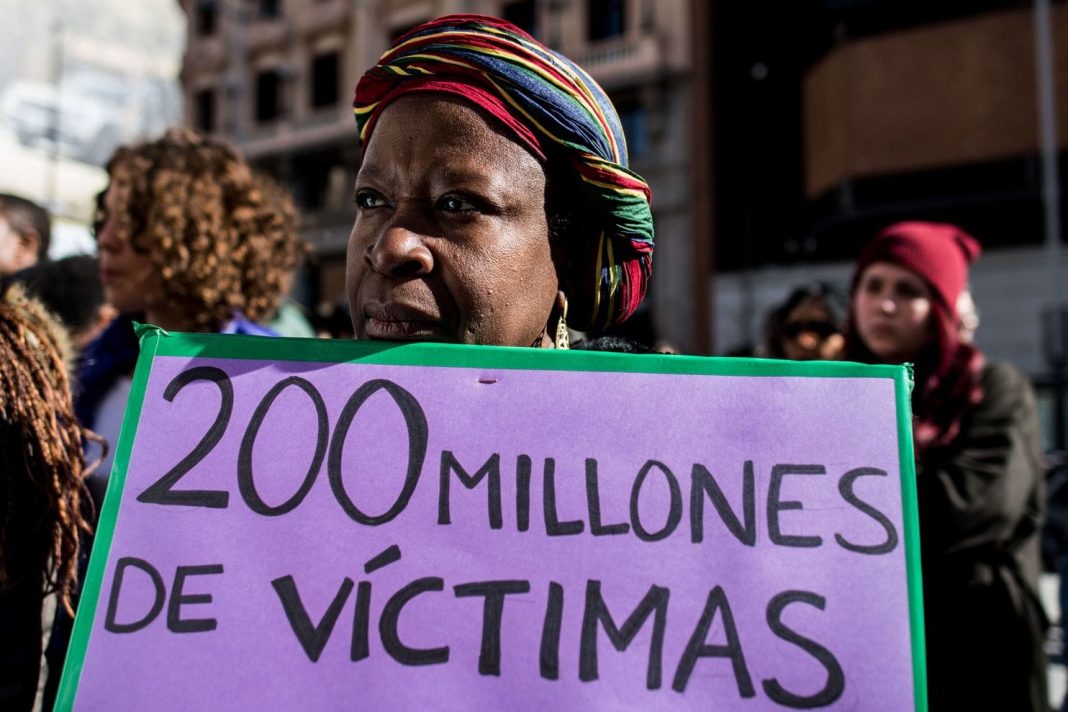 In 2012, Somalia introduced a new constitution that was supposed to ban female genital mutilation. But a few years later, there had been little follow-up, and UNICEF still estimated that up to 98 percent of girls and women there had been cut.

This week, a Somali activist announced that a 10-year-old girl died in central Somalia in what she said was the direct result of an FGM procedure. Hawa Aden Mohamed, executive director of the Galkayo Education Center for Peace and Development, a Somali nongovernmental agency that advocates for women’s rights, said in a statement that “the circumciser is suspected to have cut an important vein in the course of the operation.” The girl died two days later.

“The woman who performed the operation has not been arrested, but even if she was, there is no law that would ensure she is punished for the act,” Mohamed said, according to Reuters. “This is just one among many cases happening on a daily basis across Somalia.”

FGM, which is sometimes called female circumcision, can take many forms but often includes the removal of the clitoris and some parts of the labia. It can cause lifelong health problems, including dangerous complications in childbirth. The United Nations identifies FGM as “an extreme form of discrimination against women and girls.”

The World Health Organization says that FGM has no health benefits and estimates that worldwide 200 million women and girls have been subjected to it.

While complications are common, deaths from FGM often go unreported or are registered under a different description. In one particularly high-profile case in 2015, an Egyptian doctor was convicted of manslaughter after he performed a cutting procedure on a 13-year-old who died soon after. The doctor, Raslan Fadl, rejected claims he cut her genitals and said she died as the result of an allergic reaction to medication. FGM was banned in Egypt in 2008, and according to the BBC, Fadl’s prosecution was the first time an FGM case was brought to trial there. But NPR later reported that he was back to practicing medicine not long after the conviction.

The cutting procedure is typically performed by people who are not medically trained, and many activists resist efforts by medical professionals to perform FGM instead because it as seen as legitimizing the procedure. The U.N. Population Fund states that “trained health professionals who perform female genital mutilation are violating girls’ and women’s rights to life, physical integrity and health.”

In a 2017 article for CNN, Mohamed wrote that about two-thirds of girls who experience FGM in Somalia are subjected to infibulation, which she described as “the most extreme form, which leaves girls with their labia stitched together following excision of the clitoris.” The result can make “urinating and menstruating almost impossible.”

In the roughly 30 countries around the world where FGM is still practiced, there can be deep-rooted stigma against those who do not go through with the procedure, which is often considered to be a crucial part of a “coming-of-age” ceremony. In some places where resistance to FGM has grown, as in parts of rural Kenya, communities have stopped cutting their girls and have instead begun designing new ceremonies that can serve as a rite of passage without causing any physical harm.

But in many places, the practice remains pervasive — even if it’s technically banned.

In Somalia, for one, Mohamed accused lawmakers of being “afraid of losing their political clout among the all-powerful conservative traditional and religious groups bent at retaining the practice,” the Associated Press reported.