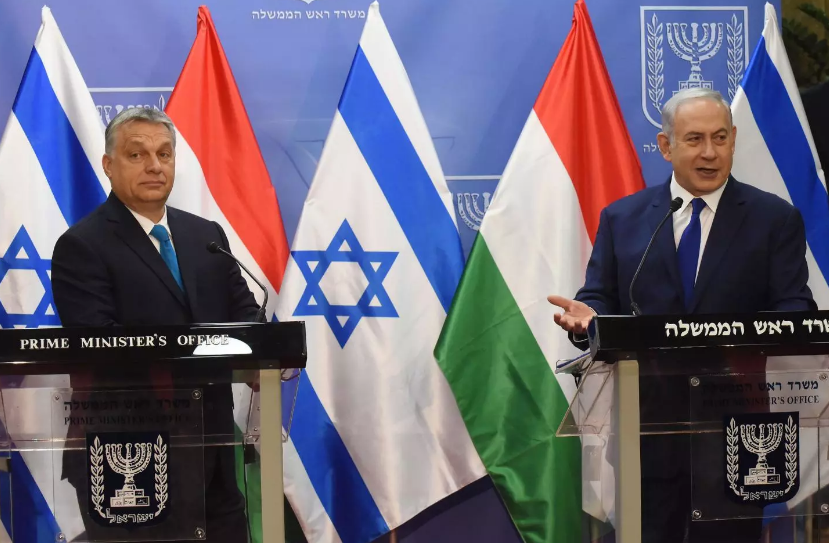 At 5:30 a.m. this morning, Rabbi Dov Hayun of Haifa’s Conservative Moriah Congregation was awakened by police knocking at his door, coming to detain him. What crime were they investigating? Hayun reportedly performed an unlawful wedding. Under Israel law it is illegal for anyone who is not a member of the Israeli Rabbinate to perform a Jewish wedding. Rabbi Hayun was released after agreeing to return next week for further questioning.

Former Prime Minister Ehud Barak wrote: “The craziness is out of control. The Prime Minister has turned into a dishrag. Arresting the Rabbi from Haifa because he performed a wedding under the rules of the Conservative movement is a stupid act that hurts the underpinnings of the ties between us and the Jewish people. It undermines the civil rights of every Israeli.”

It is fitting this arrest occurred hours after the Knesset approved the Jewish Nation-State Bill, and shortly after the Prime Minister of Europe’s leading “illiberal democracy,” Hungary, arrived for a two-day visit.

While Victor Orban has been very pro-Israel, he is also very much a Hungarian nationalist, and as such, has lauded the World War II Hungarian government of Miklós Horthy, who was complicit with the Nazis. Orban also attacked financier George Soros, who promotes liberal causes in his native Hungary, in a campaign dripping with traditional anti-Semitism.

Prior to their first meeting in Jerusalem, Orban said the “Excellent ties between Israel and Hungary are in large part the result of personal ties between two patriotic leaders.” Indeed the parallels between Benjamin Netanyahu and Orban, as well as the deepening of Israel’s ties with Hungary and Poland, and the concurrent passage of the Jewish Nation-State Laws, is not accidental; nor are the close relations between Prime Minister Netanyahu and President Donald J. Trump.

If you were to ask Netanyahu, he would say he is merely protecting Israel’s interests. Orban is a good friend of Israel, as is the current right-wing leadership in Poland, as is, of course, Donald Trump. However, the answer is not as simple as that. Part of the reason Netanyahu was reelected was due to his outcry on election day warning that “Arabs were being bussed to polling stations in droves.” Orban, Mateusz Morawiecki of Poland, as well as Trump, all use fear of immigrants; fear of the outsider, to gain and maintain their hold on power.

The Rabbis living in their self-made ghettos, who forced the Israeli government to pass a law criminalizing weddings performed by anyone outside their limited association, act out of similar motivations to those who needed to pass a law to reiterate the Jewish character of the Jewish state—or an American president who repeatedly attacks immigrants as criminals and potential rapists.

Historically, the non-liberal right-wing has risen or strengthened during times of economic difficulty. But here in Israel, as in much of the world, this has been a period of unprecedented economic growth. It is, however, that very economic growth and fear of the technology that underlies it, which may be the root cause of this illiberal rise.

The information revolution slowly taking place over past decades has reached a tipping point, now that we all have small powerful computers in our pockets. Rabbis who masterly overcame the tide of the enlightenment and were able to keep TV out of the homes of their disciples have been powerless to keep smartphones and the unfettered spread of information out the hands of their followers.

The Rabbis can no longer maintain a monopoly on the marketplace of ideas. So they use their political power to pass laws that infringe on the freedoms of the rest of the public. A right-wing government in Israel sees enemies everywhere, so they pass a law restating the obvious, despite the fact that doing so can only be seen as a gift to the enemies of the country.

The leaders of Poland and Hungary, whose countries’ economic well-being is due to their membership in the European Union, violate the very democratic principles upon which the EU is based, while Trump applauds from the sidelines. What do they all fear? They fear the very basic human truth that all mankind was created equal; that the differences between us are less than what ties us together. The national boundaries overcome by technology have made our equivalence clear—and that is what these leaders all fear. They fear a world they do not fully understand and a future they may not be able to control.

As an American-Israeli who cares deeply about both countries and believes in the virtues of a liberal world order, these have been difficult years. However, as a student of history, I take solace in the words of Dr. Martin Luther King, Jr., from 1957: “The road to freedom is a difficult, hard road. It always makes for temporary setbacks.”

Marc Schulman is a multimedia historian.