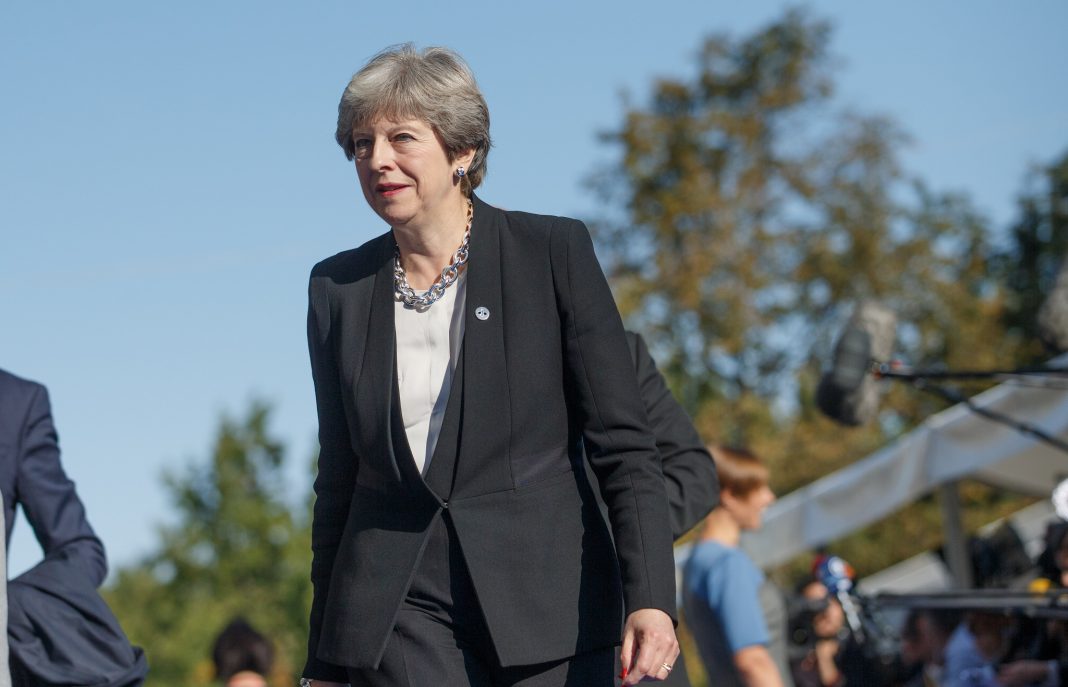 The Chequers Plan and Its Discontents

Brexit was always going to involve a tricky tradeoff between satisfying the political pressures at home to reduce immigration and diversify the United Kingdom’s regulatory regime on the one hand, and facing the reality of life outside the European Union’s markets for a country deeply embedded in them on the other. This tradeoff has been compounded by another: Theresa May’s tenure as British prime minister has required her to navigate the tensions between Leavers and Remainers in her own parliamentary majority while negotiating with the European Union on the terms of Brexit. These various tensions have up to now been resolved by stalling. But the fast-approaching deadline for agreeing to the conditions for the United Kingdom’s departure from the EU and to move to the transitional phase of Brexit means that real choices have to be made. These choices have placed a time bomb under the May government.

The unravelling of the May premiership began with the special cabinet meeting at the prime minister’s country residence, Chequers, on July 6, a meeting which lasted through the weekend and produced an agreed Brexit White Paper. This document, which outlined the United Kingdom’s formal proposal for its relationship with Europe after Brexit, emerged more than two years after the referendum, 14 months after May formally informed the EU of her country’s intention to leave, and less than nine months before the official exit date next March. The White Paper proposes an awkward mix of high levels of integration in the European single market for goods, based on adherence to a “common rule book” in goods and a complex system of customs cooperation, alongside a greater British freedom to diverge in regulating services such as finance. May’s hope was that this proposal could prove a realistic starting point for negotiations with Michel Barnier, the chief EU negotiator for Brexit, in the run-up to March.

Yet even before the document had been translated—awkwardly—into the EU’s 22 other official languages, the political sands were giving way below the May government. The minister in charge of leaving the EU, David Davis, resigned immediately after the meeting, complaining that “the ‘common rule book’ policy hands control of large swaths of our economy to the EU and is certainly not returning control of our laws in any real sense.” Days later, after some apparent hesitation, Foreign Minister Boris Johnson followed him out the door, lamenting May’s “fog of self-doubt” that he felt would mean a “semi-Brexit,” leaving the United Kingdom with the “status of a colony.” And from the backbenches of Parliament, Jacob Rees-Mogg, leader of the intensely Euroskeptic European Research Group faction of the Conservatives, dismissed May’s plan as “an unfortunate U-turn” and argued that the United Kingdom should be prepared to walk away from negotiations if the EU did not offer a better deal.

Meanwhile, in Brussels, Barnier poured cold water on the Chequers plan, expressing concerns about both the fairness of the British proposal for market access outside the EU regulatory framework and the bureaucratic and legal complexity of the British “maximum facilitation” plan for a shared customs space. Barnier also warned that just 13 weeks remain to find an agreement that protects Northern Ireland’s open border with the Irish Republic—the so-called “backstop”—so that the post-Brexit transitional period, which keeps the United Kingdom in the single market until a definitive trade deal can be negotiated, can be triggered on March 29, 2019. May’s carefully crafted negotiating position forced a split in her own government, only to be largely rejected by her European counterpart. Her weakness was compounded by desperately close votes in Parliament on the government’s trade bill, where only a combination of parliamentary chicanery and help from Labour rebels saved the prime minister from defeat on key amendments.

This close shave has brought a shift in tone, with the government now publishing alarming contingency plans for a “no deal” Brexit involving turning the M26 motorway into a temporary truck parking lot to cope with customs backlogs at Dover and using the army to ferry food and essential medicines around the country. All negotiations involve an element of bluff and brinksmanship. The supporters of the “no deal” approach—including, apparently, the new Brexit secretary, Dominic Raab, who this week argued that the United Kingdom should refuse to pay its “divorce bill” if Brussels did not offer a better deal—claim that the EU would meet British demands if only the government were courageous enough to threaten to walk away. But both the trading arithmetic and Europe’s legalistic approach to decision-making suggest otherwise. The IMF report published last week predicted a four percent hit to British GDP and a 0.5 percent hit to the EU27 under the no-deal scenario. These numbers give little reason for the EU to blink first, even if it were possible to concede the United Kingdom’s demands without blowing apart the Union’s constitutional and regulatory framework.

So what do the no-dealers actually want? A small fringe genuinely appears to be pursuing a radical realignment of the United Kingdom’s place in the global economy, either because of a romantic belief that the country can restore its imperial role in the world or because it is committed to extracting the City of London from the regulatory restraints imposed by Europe. But for others, “no deal” represents a dignified retreat from the fantasy that Brexit sold to the British electorate at the time of the 2016 referendum. During the campaign, Leavers promised that the United Kingdom could keep all the benefits of EU membership while freeing itself of the burdens: Johnson famously claimed to be “pro- having my cake and pro- eating it.” But in the past two years, the European Union has shown no signs of wavering from its original, and logical, position: no market access for the United Kingdom unless it accepts all relevant EU rules and European Court of Justice oversight and protects the Irish peace agreement by resolving the border question. So for Leavers, the choice now is to either admit the tradeoff and the huge costs and risks of the Brexit project and reach an unsatisfactory compromise or to bail out of government and lambast the more pragmatic Theresa May for betraying the dream of a hard Brexit without consequences.

The defection of the hard Brexiters leaves May short of the votes she needs to pursue even the hybrid Brexit of the White Paper, which itself has little chance of being accepted by the EU27. Jeremy Corbyn’s Labour Party, also riven by a deep internal divide over the issue and keen to face down a weakened May in a general election, is equally unwilling to throw the government a lifeline, even though the majority of Labour MPs would prefer a softer Brexit. The Democratic Unionists, whose votes provide May with her majority in Parliament, will not accept any Brexit deal that treats Northern Ireland differently from the rest of the United Kingdom, while the Irish government and the EU negotiators will not agree to any regulatory divergence between Dublin and Belfast.

“The project that the electorate voted for, of access to the European market but with independence to set its own regulations, customs arrangements, and free trade agreements with the rest of the world, simply could never come to fruition.”

The fate of the Brexit White Paper shows why the British government has taken so long to produce any detailed plan for Brexit: the project that the electorate voted for, of access to the European market but with independence to set its own regulations, customs arrangements, and free trade agreements with the rest of the world, simply could never come to fruition. By drawing the red lines of departure from the single market and customs union early on in her premiership, May won the temporary support of the hard Brexiters but made a Brexit acceptable to the British business community and the majority of Parliament and the public impossible. She has occupied 10 Downing Street for two years by promising a Brexit without tradeoffs, but as the deadline for agreement approaches, she has had to choose. With choice comes division, as the Brexit coalition fundamentally disagrees about which point of the tradeoff between sovereignty and economics that the United Kingdom should be aiming for.

Yet May could still survive. The paralysis of negotiations may suit her internal rivals and the opposition but could also leave the United Kingdom facing a cliff-edge Brexit in the spring of 2019, with planes grounded, customs posts overwhelmed, and supermarket shelves empty. May’s internal opponents can blame all problems on the failure to make Brexit hard enough from the comfort of the backbenches, but they too fear the collapse of the government, for two reasons. First, they have neither the numbers nor the credibility to take over the process themselves. Second, the chief beneficiary of a government collapse could be Corbyn’s Labour party, currently edging ahead in the polls. Forced to choose between an ignominious retreat from hard Brexit or the risk of an exasperated public voting for the most left-wing government in British history, it may be the Brexiters who blink first.