Home International Politics The Process of drafting the 1960 Somali Constitution: A short Note 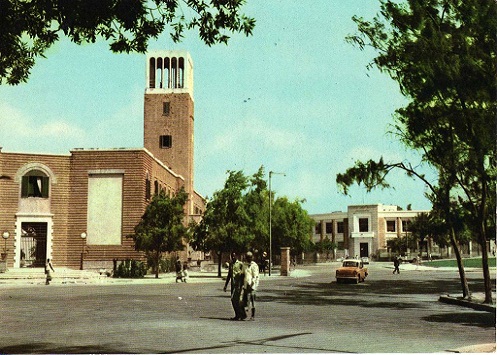 .. the Committee depended heavily on the Italian constitutional model, considered the most suitable model in the Somali context on the grounds that it was the Constitution of the administering power

By resolution 289 (IV) of 21 November 1949 of the General Assembly of the United Nations it was provided that Somalia should become independent sovereign State after a ten-year trusteeship under Italian administration. The Trusteeship Agreement provided no clear indications as to whether the Administering Authority was expected to prepare a constitutional charter for the Trust Territory before independence, or whether this was an issue to be tackled by the Somali government after independence.

However, the Administration started drafting a Constitution, aiming to have it ready before the independence date. For this purpose, two committees were appointed: a Political Committee and a Technical Committee. Chairing the Political Committee was the President of the Legislative Assembly (Aden Abdulla Osman), with other members including the Prime Minister, the Cabinet ministers, the Undersecretaries, the two Vice-presidents of the Legislative Assembly, the leaders of the parliamentary groups, the two Secretaries of the Parliament.

The Technical Committee was chaired by Professor Giuseppe Aurelio Costanzo, Dean of the Somali Institute of Law, Economics and Social Science. An expert designated by the United Nations Advisory Council, Paolo Contini, Senior Legal Advisor in the office of Legal Affairs of the United Nations Secretariat, was a member of the Technical Committee. In response to the inquiry made by the Secretariat, the governments of Egypt and Lebanon each proposed a candidate. The Advisory Council selected the one first proposed, Dr. A.F. Sayer Dayer, from the University of Ein Shams, Cairo, and the Technical Committee co-opted him as a member.

In its first meeting, the Technical Committee began considering the inclusion in the Committee of Somali nationals, despite their inadequate expertise in constitutional matters, on the grounds that no foreigner would genuinely represent the interest of Somalis; therefore, it was felt imperative to include Somali members in the work of the Committee. After informal approval by the Chairman of the Political Committee, Hon. Aden Abdulla, seven Somalis were co-opted.

Between October 1957 and May 1959 the Technical Committee prepared a preliminary draft constitution of 141 articles, accompanied by a 316-page commentary. The framers of the Constitution did not start with a blank sheet, but built on existing constitutions. The Committee examined a variety of recent and old models worldwide. In reality, however, the Committee depended heavily on the Italian constitutional model, considered the most suitable model in the Somali context on the grounds that it was the Constitution of the administering power which had established the legal system of the institutions existing in the Trust Territory.

At its first meeting on 11 October 1957, the technical committee decided to set up six sub-committees. each dealing with specific chapters of the Constitution: General principles and rights and duties of men and citizens, Legislative functions, Executive functions, Decentralization, Judicial functions, Constitutional guarantees. Each Sub-committee prepared draft articles on the chapter assigned to it and submitted it together with an explanatory report to the technical committee for discussion and approval.

The work of the Technical Committee was carried out in three separate phases: in the first phase, 38 plenary meetings were held, as well as fifty-eight sub-committee meetings, ending in March 1958; the second phase, in which only 24 plenary meetings were held, was dedicated to revision of the proposals already submitted. The entire final text of the Constitution was approved on 1 November 1958 and submitted one month later to the President of the National Assembly on December 2, 1958. With the completion of the draft text of the Constitution by the Technical Committee, the Legislative Assembly has been transformed into a Constituent Assembly for the purpose of framing the Constitution of the future State of Somalia. (Law n. 6 of January 8, 1960)

In view of the fact that the Somali Legislative Assembly was almost entirely composed of Lega dei Giovani Somali MPs, the UN Trusteeship Council recommended in 1959 that the composition of the Political Committee and Constituent Assembly be broadened to include representatives of all existing political parties and other important social and cultural organizations of the Territory, and to provide for the popular confirmation of the Constitution. The issue had generated heated debate in the Legislative Assembly between opponents and supporters of the proposal. The government was highly suspicious of the proposal which it saw as a clear sign of the Trusteeship Council’s long held reservations on the fairness of the 1959 general elections. Pressured by different parties, the government eventually accepted the UN recommendation to include two members of each existing political parties in the Constituent Assembly. The Political Committee in charge of drafting the Constitution introduced few amendments to the text prepared by the Technical Committee. However, these amendments, very few as they may appear, included one important principle which left its mark on the essence and legal foundation of the Constitution. This was the adoption of the doctrine of Islam as the main source of the laws of the State, giving the new Constitution a clear Islamic character. All efforts were made by the Constituent Assembly to strike a balance between the need to preserve the Islamic doctrine as the main source of the laws of the State and the need to frame a modern and democratic Constitution. The importance of Islam in Somali society is reflected in several clauses of the Constitution. To start with, the very first article of the Constitution establishes that: “Islam shall be the religion of the State” Article 6 reads: “The Somali Republic shall encourage solidarity among the people of the world, and in particular among Africans and Islamic people.” Article 29 reads: “Every person shall have the right to freedom of conscience and freely to profess his own religion and to worship subject to any limitations which may be prescribed by law for the purpose of safeguarding morals, public health or order. However, it shall not be permissible to spread or propagandize any religion other than the true faith of Islam.

The form of government (federalist or unitary) the new nation would adopt was the subject of prolonged debate in the Constituent Assembly. The Hisbiya Dighil Mirifle party (HDM) advocated a federal government. It advocated a federal parliament composed of representatives of the regions in numbers proportional to those of the population of each region, with competence over all matters relating to federal government affairs, including election of the Head of State and the Central Federal Government itself. It also supported the idea of regional governments formed by the representatives elected by each region in numbers proportional to the numerical force of the electors.

By contrast, the Lega dei Giovani Somali party advocated a unitary form of government. The federal system was seen as a dangerous principle that clan and regional groups could resort to, with potentially destructive effects on the unity of the country. However, the principle of regional autonomy was present in the 1960 constitution where article 86 established that “Whenever possible, administrative functions shall be decentralized and performed by the local organs of the State and by public Bodies”. The 1960 Constitution also adopted the unicameral parliament instead of the bicameral system which exists in many countries. The rationale behind this choice rests on consideration of its advantages in terms of the time and expense involved in maintaining and operating the parliamentary structure.

The Somali Constitution of 1960 was different from the Constitutions in force in other newly decolonized African countries, and was seen as a model of parliamentary government unique in Africa. All other African countries had adopted the presidential system, where the head of State has sweeping executive powers making them to rule their respective countries with iron fist. By contrast, in Somalia the executive power is vested in the government headed by the prime minister.

On May 23, 1960, the constituent Assembly began its debate on the draft constitution and, after 42 sessions lasting 31 working days, approved it on June 21, 1960, a little more than two weeks before the independence date of 1st July1960.