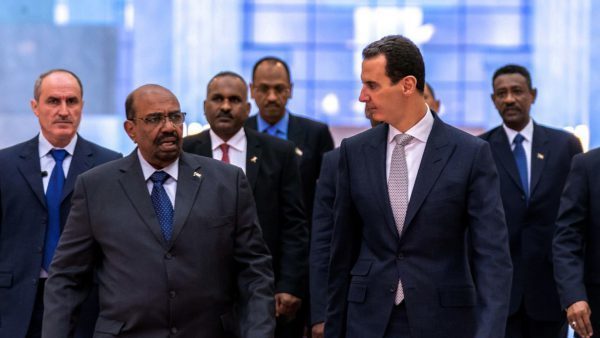 On 16 December, the Sudanese president Omar al-Bashir travelled to Damas – the first time an Arab League leader had done so since the outbreak of the revolt in 2011 ultimately suppressed by Bashar Al Assad.

While Russian diplomats are angling for Assad to receive a visit soon from the Lebanese president Michel Aoun and his Egyptian counterpart Abdel Fattah el-Sisi (IOL 820), Bashir had no intention of serving merely as a facilitator in the rehabilitation of the Syrian president.

Having voiced the usual platitudes about the need for Arab unity against Israel, according to sources close to the Sudanese presidency, Bashir’s primary goal was to discuss a possible collaboration with the Russians (whom he didn’t meet directly) and explore how they might work together in the Central African Republic, particularly in the diamond sector.

With the coffers in Khartoum still looking distinctly depleted, Sudan is seeking partnerships with Russia in extractive ventures extending beyond uranium.